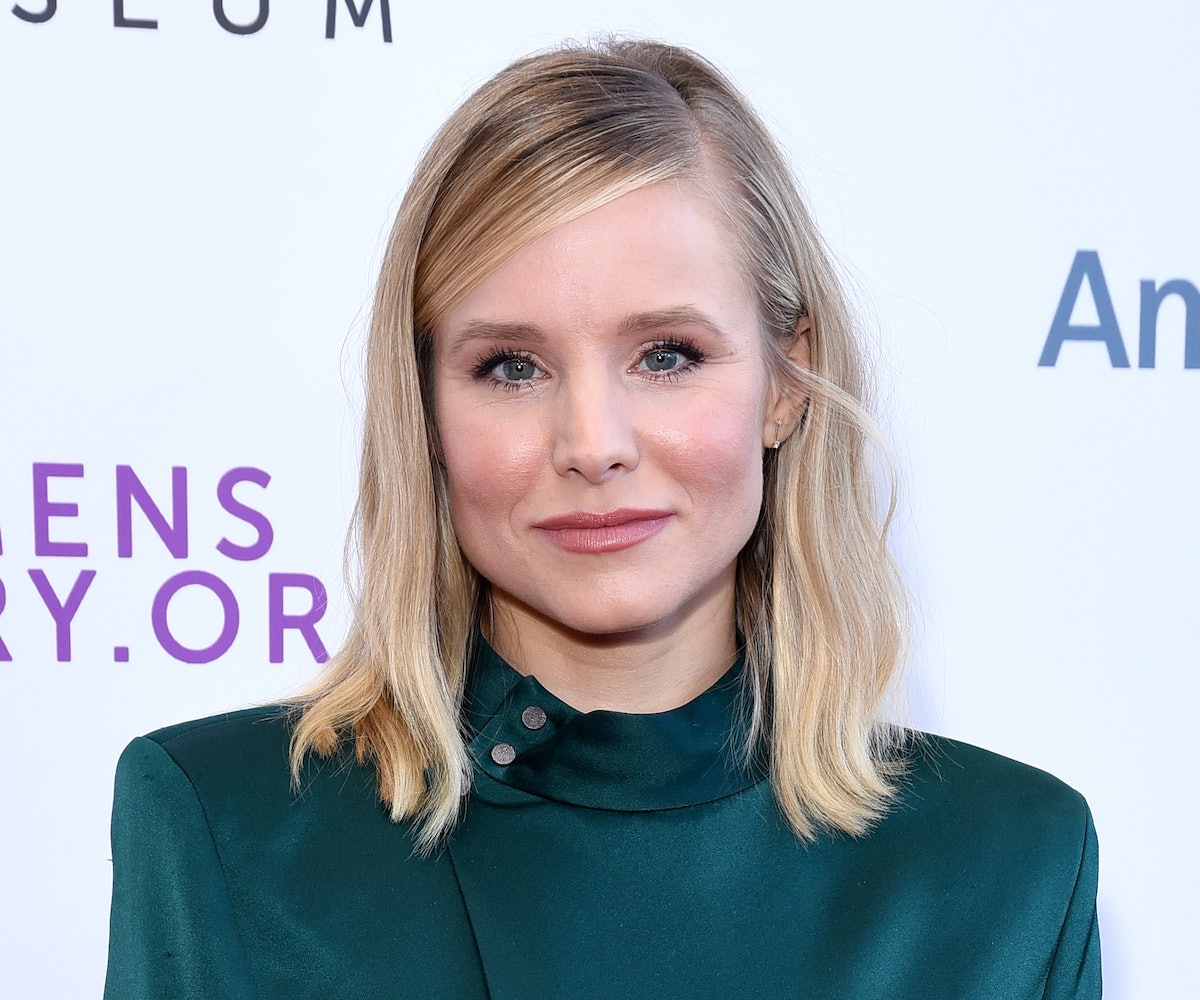 Kristen Bell, the actress behind the disembodied voice of Gossip Girl in the iconic series of the same name, solidified herself as an integral part of our adolescent lives (along with her role of Veronica Mars, of course). During her appearance on Late Night with Seth Meyers on Wednesday, the two realized that the snark of her signature Gossip Girl delivery would perfectly accompany another expert pot-stirrer: the current president of the United States.

“We feel as though a lot of Donald Trump’s tweets feel very gossipy,” Meyers said. “We’ve asked if you wouldn’t mind reading a few of them with the classic Gossip Girl sendoff.” Thankfully, she obliged. One look at Trump’s Twitter account is enough to make one wonder if the tweets were written by a person holding the highest public office in America, or a moody teenager. Bell cleared that right up—it was definitely the latter.

She resurrected her Upper East Side best to read a few of Trump’s ridiculous, shallow tweets in a way that perfectly highlighted their absurdity. Among her perfect renditions were tweets on the “covfefe” fiasco and, of course, one which unnecessarily brought up Hillary Clinton. Meyers also took the opportunity to throw in a tweet from the president in which he himself was “roasted,” telling Bell that “just to hear my name in your voice would be an honor.” She ended each tweet with an XOXO, of course.

This is definitely how we’re going to read Trump’s tweets, or really any statement of his, in our heads from now on. Watch Bell give Trump’s tweets a Gossip Girl flair, below.