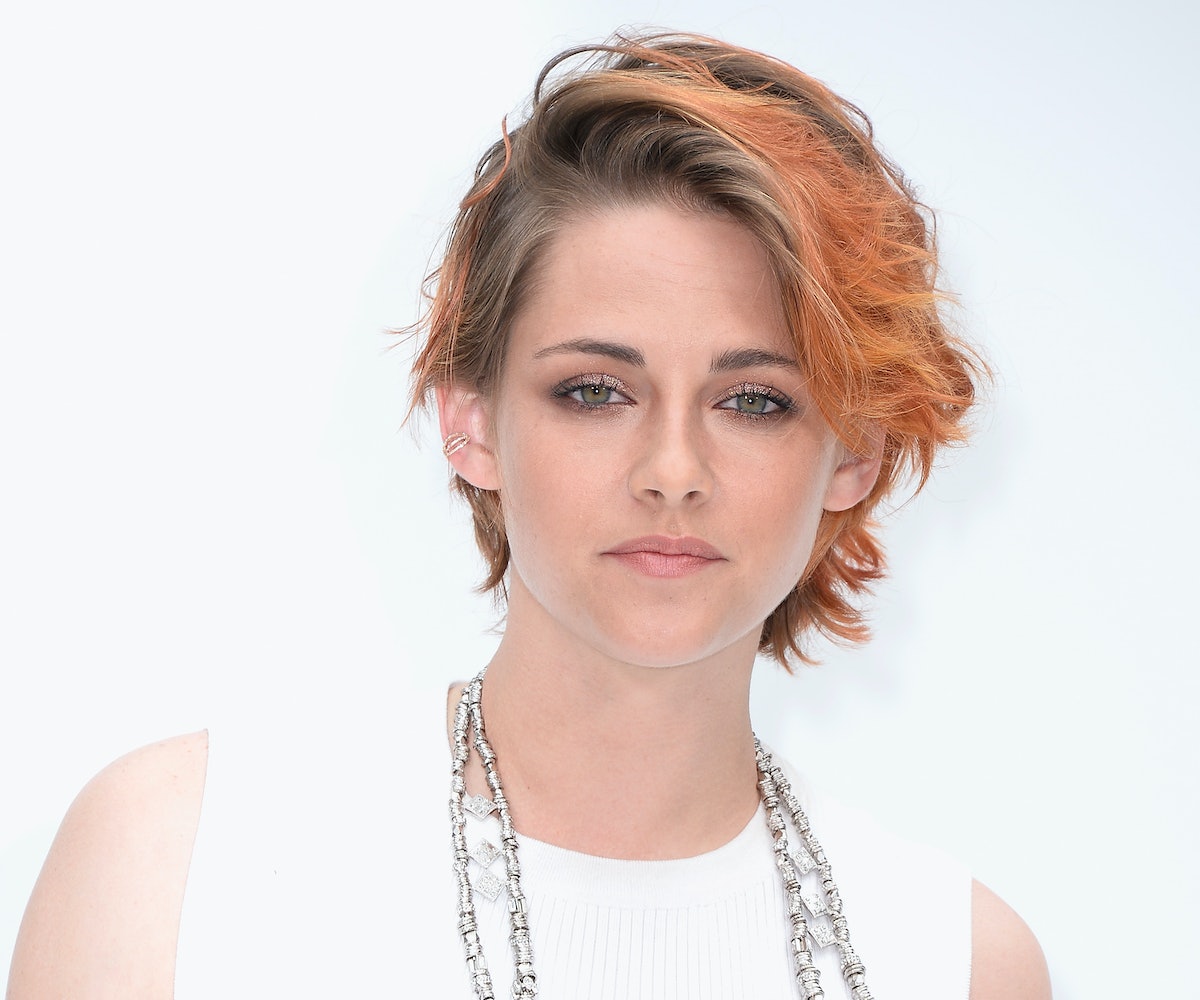 Kristen Stewart has a message for Hollywood: Take your Oscars and shove 'em. As Tinseltown gets set for its biggest night, the actress took home her own hardware Saturday, when she won the César for Best Supporting Actress for her performance in Olivier Assayas' psycho-drama, Clouds of Sils Maria. The award is the French equivalent of the Oscar, and with her win, Stewart becomes the first Yankee ever to receive such an honor.

That probably explains the genuinely stunned look on Stewart's face when her name is called. Well that, and the thought of delivering an acceptance speech in a language not her own, must have struck fear into the heart of the notoriously timid star. And yes, it was just as hard to watch as you'd expect. That said, Stewart may want to brush up on her French ASAP. According to Variety, the actress told reporters backstage that "The reasons why people make films here in France are very different from the reasons why people make movies in Hollywood and I prefer it here a little bit." So it looks like we may eventually lose K-Stew to the French, which is only fair after we pulled off the great Marion Cotillard heist of 2007. Well played France, well played.