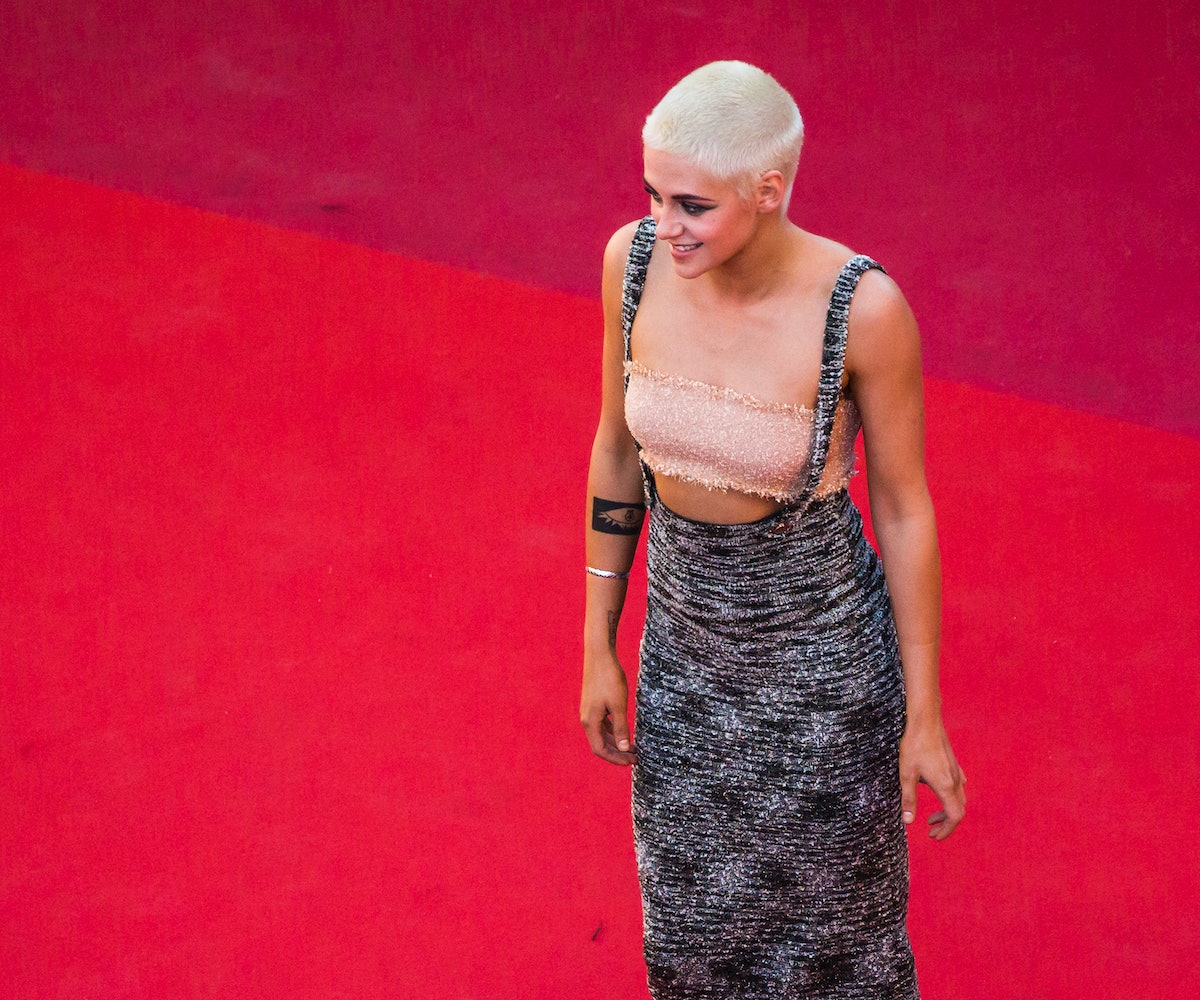 Kristen Stewart has become somewhat of an unlikely queer fashion icon in recent years. After making a name for herself as an unsmiling teenage icon in the Twilight films, no one expected the angsty starlet to become a voice challenging gender norms. Now, in a recent interview with The Hollywood Reporter, Stewart is questioning the strict dress code of the Cannes film festival.

Teen Vogue notes that Cannes has become a bit infamous for their rigid enforcement of certain sartorial rules. In 2015, some women were turned away for daring to wear flats to the red carpet, although later security said this had been a mistake. Stewart showed up to the festival this year in a stunning Chanel dress and Le Silla stilettos for the premiere of 120 Beats Per Minute, but she made it clear she was not capitulating to anyone's commands.

“There’s definitely a distinct dress code, right?" she said. "People get very upset at you if you don’t wear heels, but I feel that you can’t ask people that anymore. It’s just a given. If you’re not asking guys to wear heels and a dress, you can’t ask me either."

"Even four years ago, it was not even a question: You have to wear a dress," she added. "But now, it’s awesome. You can’t do that anymore!”

This year's cinematic festivities haven't been paired with any reports of gender policing, but Stewart's statements are still much appreciated. With standards about gendered appearances changing as more people question them, will esteemed events change their rules?