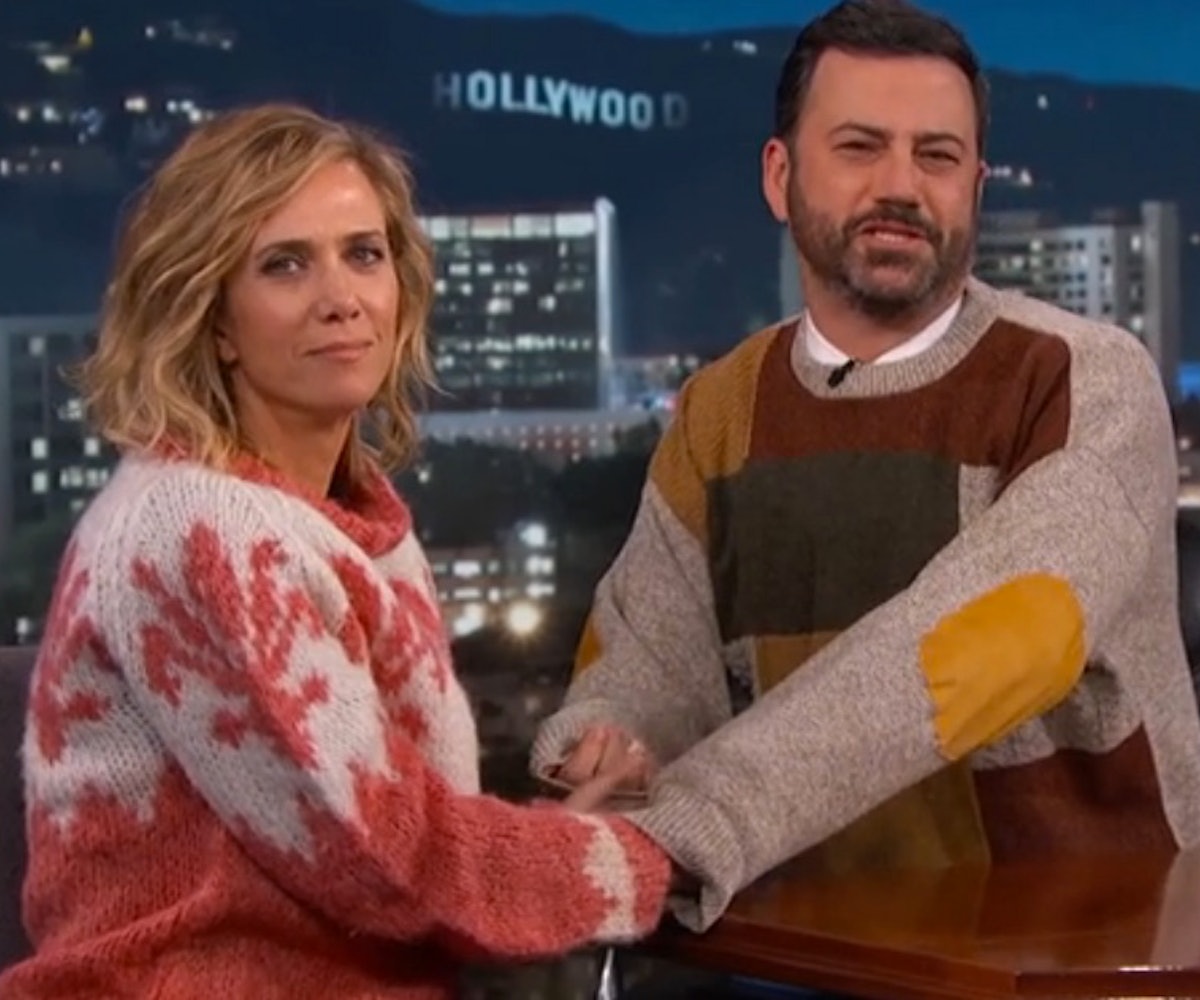 As she takes on more dramatic roles, Kristen Wiig has had to master the art of crying on camera. Last night, she came on Jimmy Kimmel Live! to show just how good she’s gotten as she premiered the trailer to her latest sobfest, Crying in a Sweater. The wrenching film is a series of vignettes of the former SNL star weeping uncontrollably into a bunch of sweaters, because that’s what sadness looks like. And yes, this trailer is fake, which should have this year’s Best Actress contenders breathing a sigh of relief.