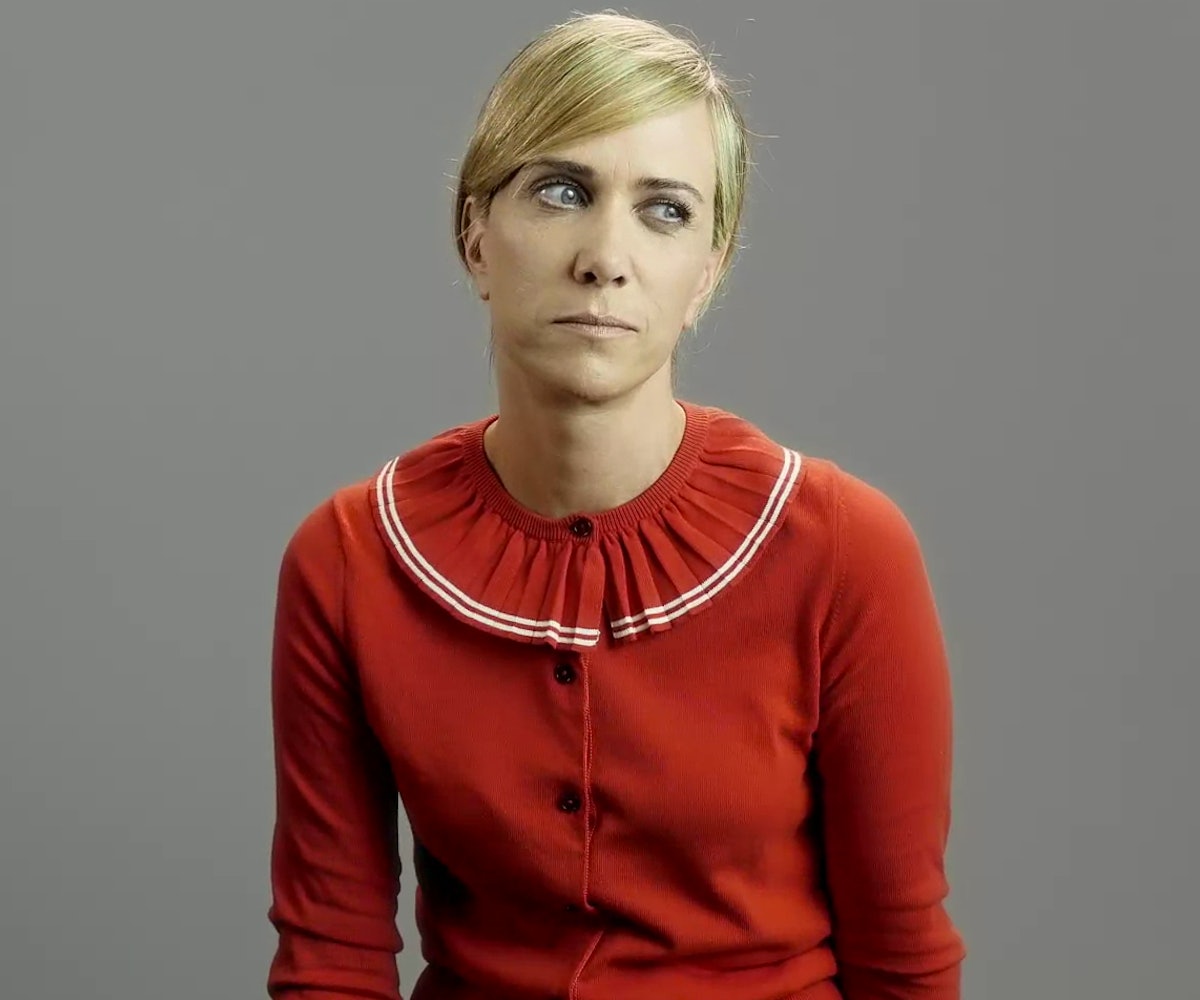 Since its 1991 release, Silence of the Lambs has remained one of the most chilling films in serial killer cinematic history. The scene where a cannibalistic Dr. Hannibal Lecter rips agent Clarice Starling to pieces (figuratively) has become one of the most iconic and widely known monologues in popular culture. While many have read for the part of Lecter over the past 25 years, W Magazine and editor Lynn Hirschberg asked some of Hollywood's most badass ladies to reinterpret the speech as part of their "Casting Call" series. While each actress brought her own flair to the role—Jane Fonda delivered major sass, Mya Taylor brought her own brand of shade, Greta Gerwig led with sociopathic realness, and Carey Mulligan gave a slow burn—Kristen Wiig's portrayal brought the perfect amount of humor. Not many people would have the confidence to play a comedic serial killer, but then again, Wiig has carved out a space of her own in the entertainment industry.