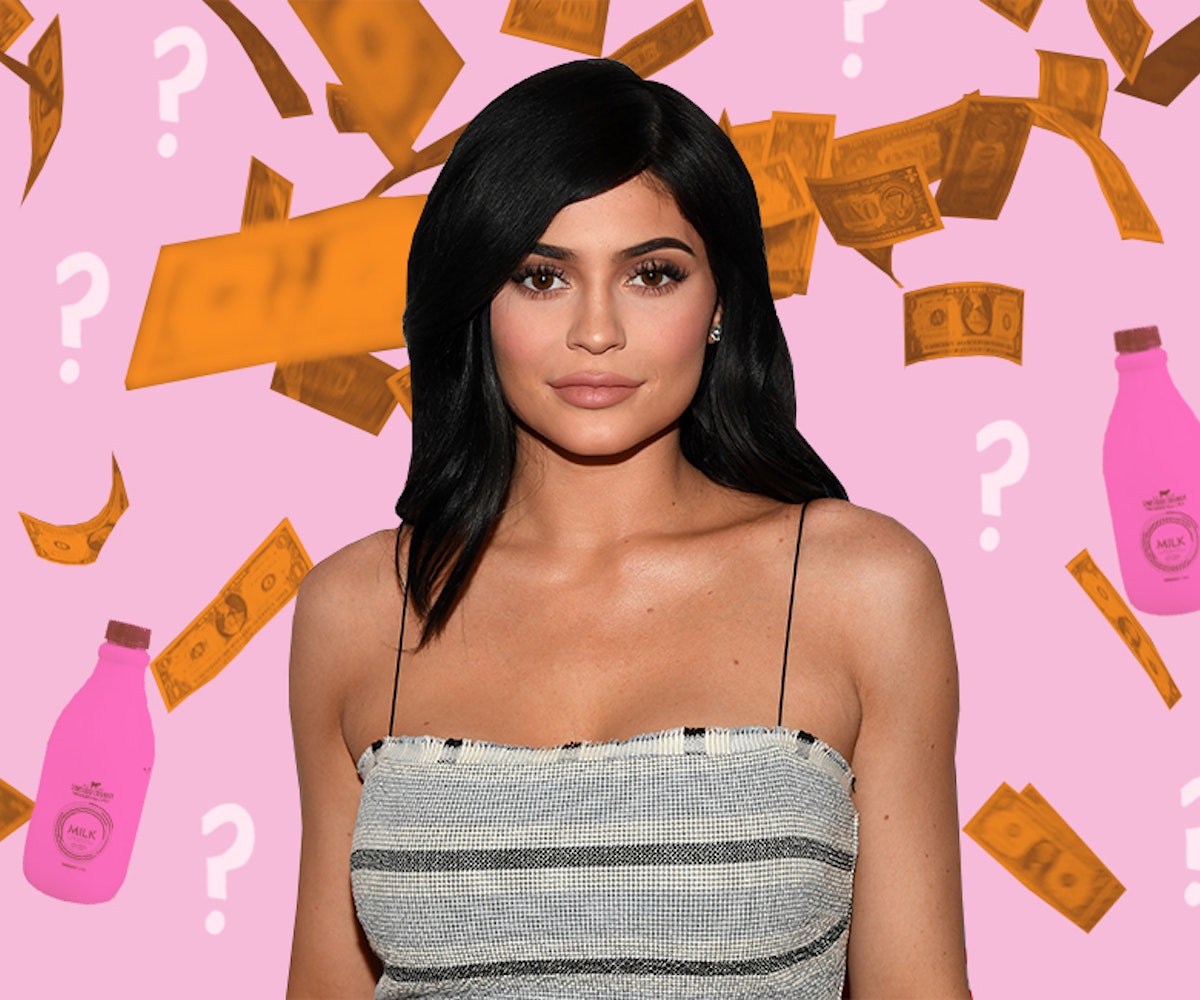 Last week, Kylie Jenner, she who #RealizesStuff, shocked the Twitterverse with a groundbreaking culinary revelation: She tried cereal with milk for the first time ever. Crazy, we know. But actually, is it so crazy, that maybe it didn't even happen?

The internet immediately cast doubts on Jenner's breakfast innovation, wondering how someone who grew up in the decked-out home of Kris Jenner had never tried this most basic of morning foods. And, upon hearing the internet's resounding “what the actual fuck?” Jenner clarified: “i always liked my cereal dry i never bothered to put milk.”Kris confirmed this to E! News, saying she’s to blame for Kylie’s strange habit: “It’s all my fault. Guilty as charged. I let the kid eat dry cereal and I think it just kind of stuck with her.”

And yet, people were still severely confused over the ludicrous claim—so much so, that the detectives of the web got to digging. Could Jenner be for real? Well, maybe not. Maybe... it's all part of a big conspiracy. Because, as one Twitter user discovered, five years ago to the day (!), Jenner posted an image featuring what seems to be a bowl of cereal with milk, captioned: “he keeps me healthy.” While some were convinced Jenner had been caught in maybe the oddest lie ever, others insisted it looked more like a parfait, and that the white substance pictured was yogurt, not milk. So what’s the truth? And where does the conspiracy come into play? It all comes down to the rise of dairy-free "milks," and the fall of the dairy industry. (No, really.)

According to the United States Department of Agriculture, the dairy market has seen a consistent decline in demand for milk. With consumers opting for substitutes (hi oat, almond, and coconut milk), the industry is in trouble. The days of milk as a household staple are no more, but could someone with the clout of Jenner turn things around? Is it possible that the 21-year-old is trying to influence her young followers to pick up some milk, all so she can a little extra cheese in her (allegedly) billion dollar bank account? Some people think so! Others think that Jenner might be sponsored by General Mills, the parent company of Cinnamon Toast Crunch, because Jenner revealed the nostalgic, sugar-packed American fave was the vehicle for this gustatory milestone and dubbed it “amazing.”

We don’t know what to believe, but one thing’s for sure—the FBI of Twitter will most definitely milk any and all evidence for what it’s worth. Oh, and also: We reached out to the Dairy Farmers of America, and they deny any involvement in Jenner's post.

NEXT UP
Entertainment
Relive ‘00s New York With Yeah Yeah Yeahs, The Strokes In ‘Meet Me In The Bathroom’ Trailer
Entertainment
John Waters To Make His First Movie In Nearly 20 Years
Entertainment
Jared Leto To Star In Karl Lagerfeld Biopic
Entertainment
Aya Nakamura On Preparing Her Fortnite Soundwave Series Performance