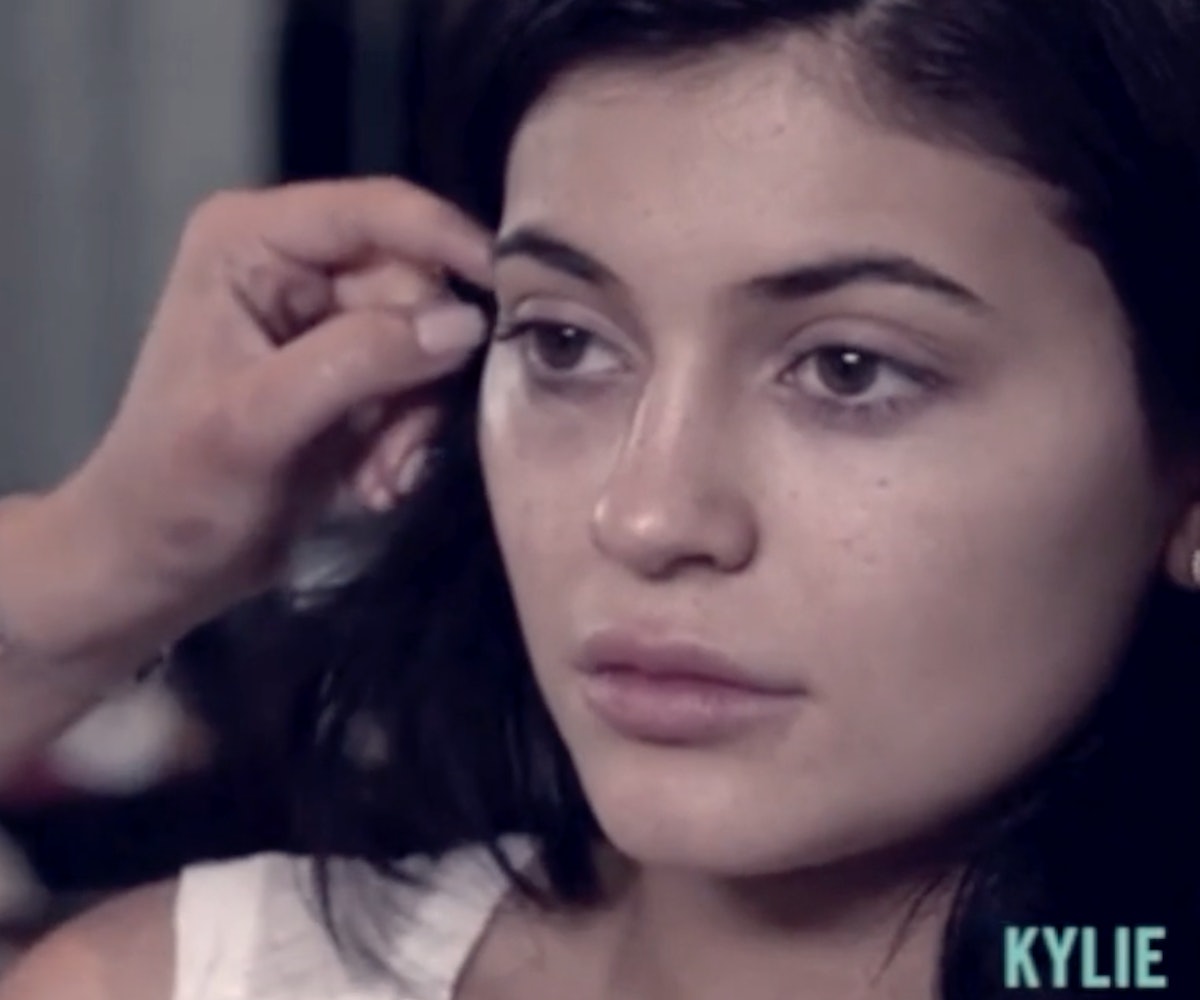 If you search "Kylie Jenner" in Google right now, these are the top three news stories: A recap of a comment she made on Keeping Up with the Kardashians, a story about how a fan fainted at a press appearance she made with her sister Kendall, and an article with the headline "Kendall and Kylie Jenner Get Eggs Thrown at Them in Australia." Then, you'll find her Instagram, where every photo is littered with nasty comments and people begging her to "LB" (like back). At only 18 years old, Kylie Jenner has somehow become one of the most polarizing figures in popular culture.

For every mentioned in the media, and there are a ton, there are thousands of comments criticizing her appearance, career, and life choices. It's a lot for anyone to handle, let alone a teenager. And the fact that Jenner has had to deal with it for the past eight years since KUWTK premiered probably doesn't make it any easier.

In his new short film, Will Rebein decided to contrast footage from one of Kylie Jenner's makeup tutorials with real comments people have made online. As Rebein explains, "The clip is played in reverse to symbolize that the comments are stripping Kylie of her self esteem and identity. The film is meant to be viewed as a criticism of the hate culture on blogs."

"While reading news articles about Kendall and Kylie in Australia, I was shocked and disgusted by the aggressive comments directed towards Kylie. For years, people have cruelly commented on Kylie's appearance, always pitting her against her sisters Kendall and Kim, and suggesting that her looks are inferior. It's unreal that people take the time out of their day to write these comments, and forget that there is a real person potentially seeing these things and internalizing them. People used to always criticize Kylie for having thin lips, then when she got injections people tried to tear her down - the public will never be satisfied. People forget that Kylie Jenner is a real person; just a young 18 year old girl. This anonymous hate culture on gossip sites is out of control, and I thought by reading these comments (which were literally just taken from the top comments of two articles) and showing imagery of Kylie makes them seem more real and realize how painful the words can be."

Watch the video above.

NEXT UP
Beauty
Kylie Jenner Is Bringing 1920 Finger Waves to the 2020s
Entertainment
Beyoncé Is Now The Most Awarded Artist In Grammy History
Entertainment
Harry Styles' "As It Was" Grammy Performance Featured A Silver Tinsel Onesie
Entertainment
Taylor Swift Sparkled In Midnight Blue On The 2023 Grammys Red Carpet
Style + Culture, delivered straight to your inbox.