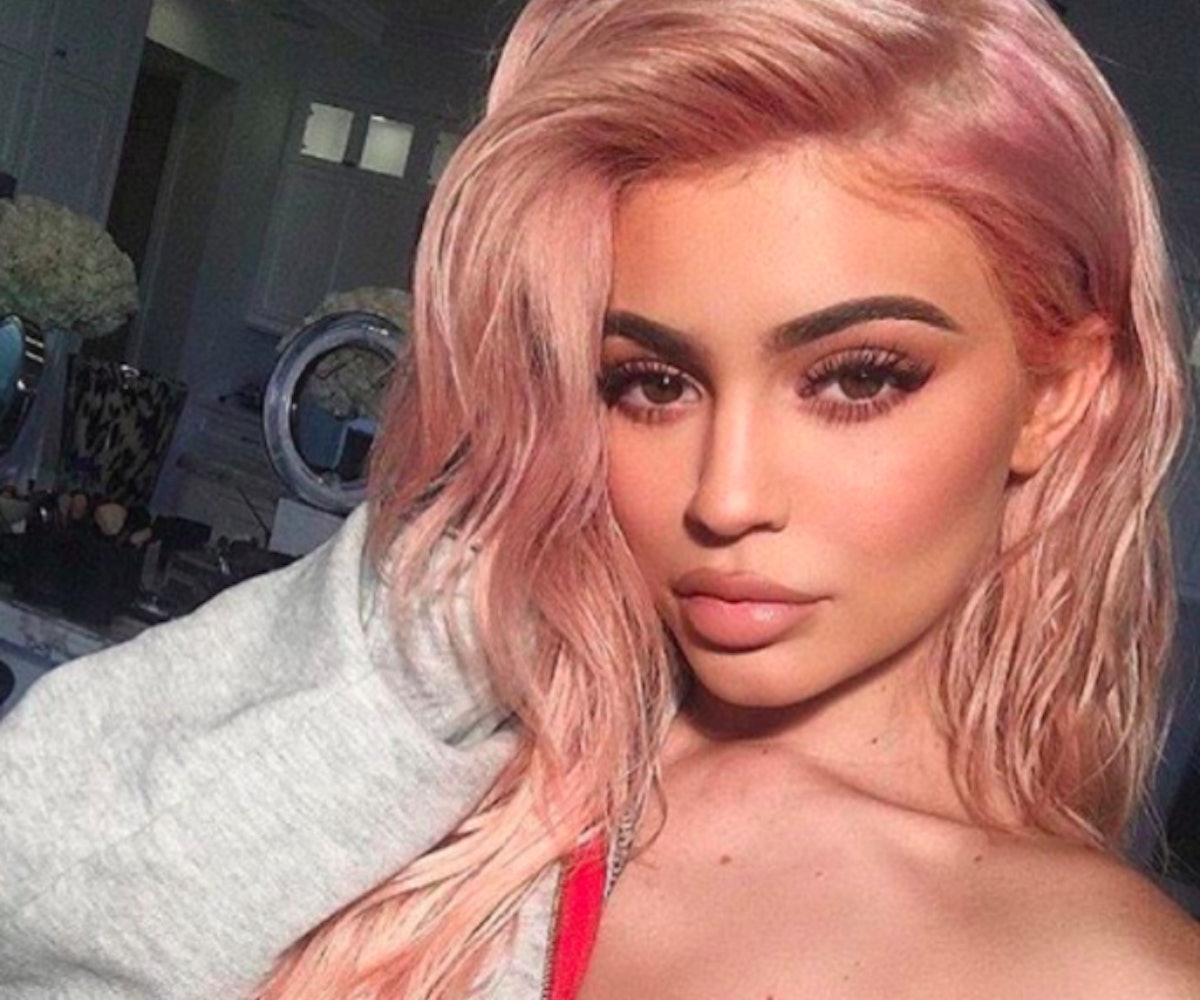 It’s only been a couple of days since news that Kylie Jenner is reportedly pregnant broke, and already, we’ve had to deal with problematic talk regarding her age and rumors that the youngest Jenner is acting as the surrogate for sister Kim Kardashian. You know what they say: With great fame comes a great chance for people to pick apart your every move, or something like that. And while these theories are up there on the krazy scale, there’s another conspiracy floating around that, well, doesn’t seem too far-fetched.

Two days ago, journalist and Kardashian expert Mariah Smith took to Twitter to theorize that a shaman who appeared on Life Of Kylie predicted Kylie’s pregnancy before any of us knew about it (and it consumed every and all of our feeds). When you read her tweets, it doesn’t not make sense (you can do so here).

As these things go, a bulk of the internet read them and backed her conclusion, including Refinery29, Cosmopolitan, and Allure. Others, though, tried to claim the theory for themselves.

With a pair of dubious headlines, both BuzzFeed and Perez Hilton posed questions along the lines of Did A Shaman Reveal Kylie’s Pregnancy, Or What? Except, instead of crediting Smith and her pop culture journalism skills, both outlets make it seem like they came to the conclusion themselves (BuzzFeed does mention Smith, but it’s by way of a “h/t” at the very end of the article). Again, as these things go, the internet is always watching and—as Republicans will someday learn—it comes with a trail.

“My main issue with not being credited, or improperly credited, on Perez and BuzzFeed is that it must have been more difficult rephrasing my tweets than simply embedding them into a post,” Smith tells us via email, after bringing attention to the issue on Twitter. “It's all about being a good citizen of the internet and a good journalist. Obviously, if I wanted my work promoted on BuzzFeed or Perez, I would have contacted them directly, or if they were really itching for theories, they could have contacted me themselves, which is what people who are good at their jobs do.”

Plagiarism on the internet is as common as Kardashian drama nowadays. We all roll our eyes at it and hope people do better next time, but that doesn’t make it acceptable. Especially when it comes at the expense of women of color, a group from which both the internet and the Kardashians regularly borrow (read: steal).

“On an even more serious note, there's the issue of two white people co-opting my work for their own gain when, like most things, women, and especially women of color, are woefully underappreciated or not credited every day,” Smith says. “But honestly, should anyone ever need to steal something I did on my downtime for their full-time job, they might need to find another line of work and consider hiring a POC to fill their position.”