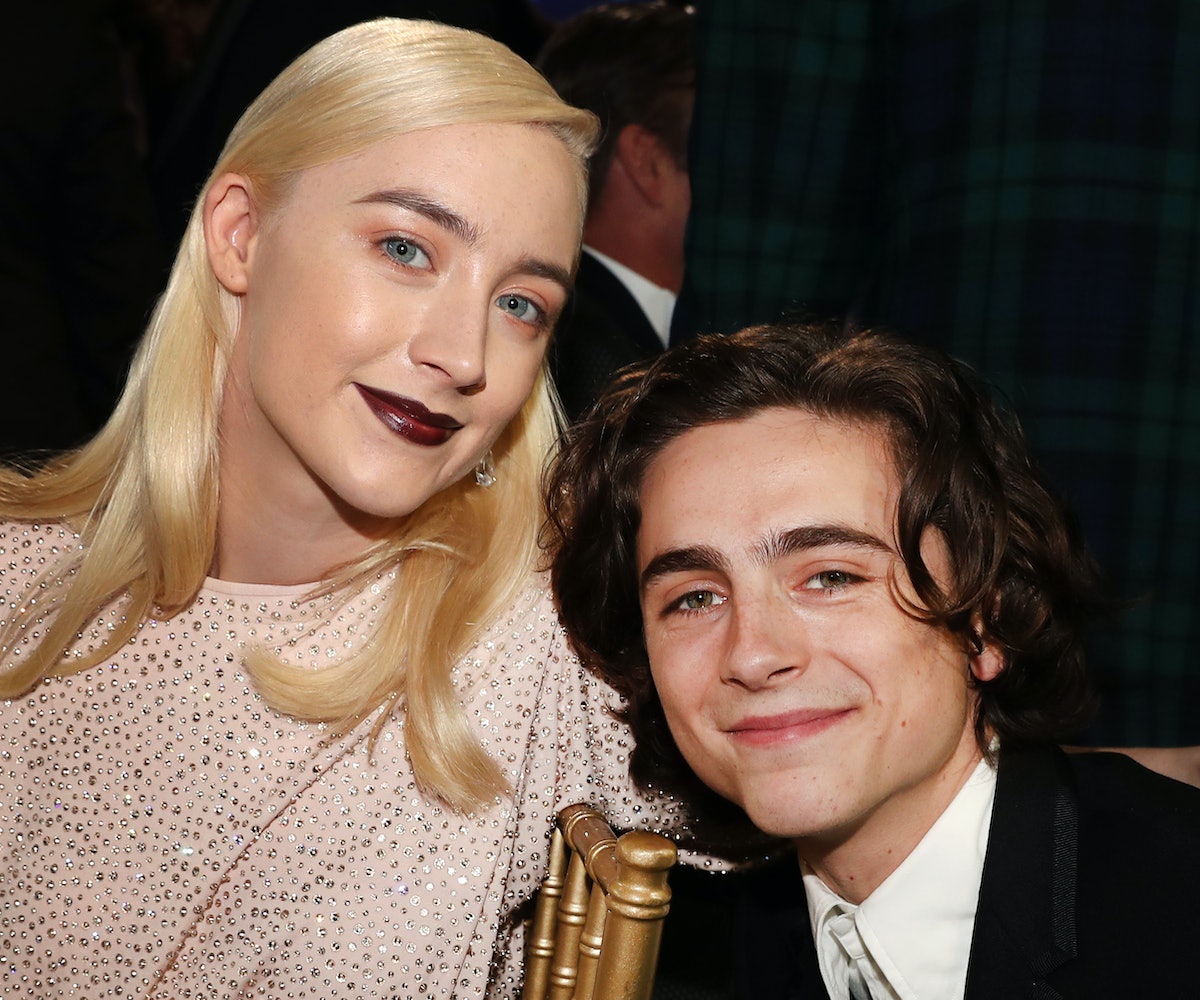 Photo by Christopher Polk/Getty Images for The Critics' Choice Awards.

If you couldn't get enough of Lady Bird, then you’re in luck. A possible reunion of sorts is reportedly in the works.

Sony Pictures is currently assembling an all-star cast and crew for their forthcoming on-screen adaptation of Louisa May Alcott's post-Civil War classic, Little Women. According to Variety, Greta Gerwig is reportedly being eyed by Sony to helm the entire project. And the people currently in talks to star? None other than Lady Bird faves Timothée Chalamet and Saoirse Ronan. Other potential additions to the cast include Emma Stone, Meryl Streep, and Florence Pugh.

Gerwig originally signed onto the movie as a screenwriter, but the studio is reportedly trying to “woo” her into moving to the director’s chair following the success of Lady Bird, per Variety's report. And while Little Women has been adapted before—the most popular one being the 1994 film starring Winona Ryder and Kirsten Dunst—this potentially star-studded revamp would be incredible. There is no word yet on a release date.