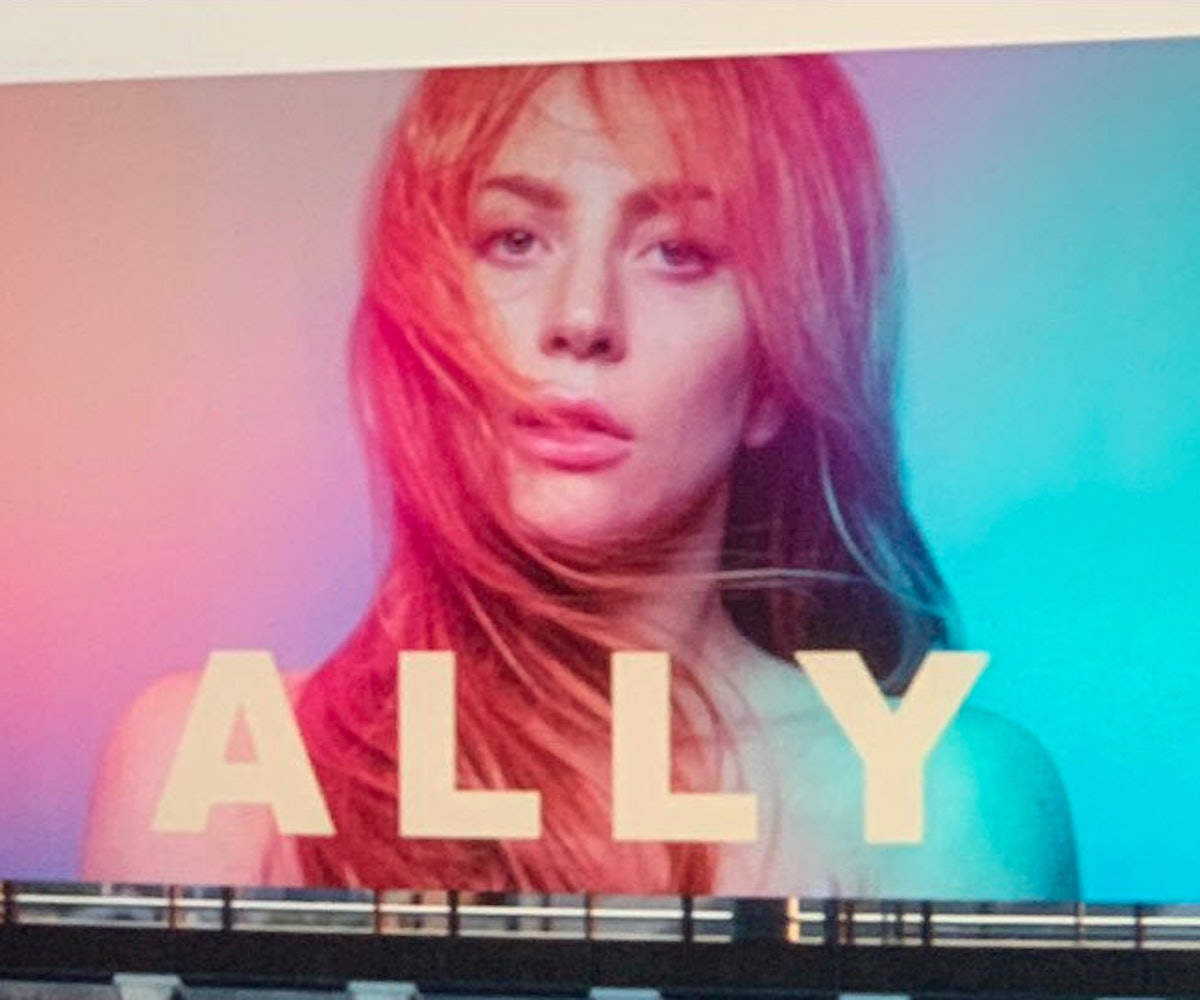 You don't have to have seen A Star Is Born this weekend to appreciate the wealth of memes it is producing. In the film, Jackson (Bradley Cooper) has Ally (Lady Gaga) take a break from getting ready in her hotel suite to take a peek at her billboard on Sunset Strip. The billboard features a rainbow-hued image of the singer, with her character's name written in all caps.

Aside from it aesthetically looking corny as hell, Twitter was quick to point out the double meaning, with her name, Ally, also being a term for a straight supporter of the queer community. Naturally, a meme was born.

It soon turned into a mass appreciation of when straight people do something queer people would give their stamp of approval of, like play Carly Rae Jepsen.

Twitter then took it one step further and lent the meme to major pop culture moments, like scenes in Call Me By Your Name and Moonlight.

It's only been four days since the release ofA Star Is Born, so there's plenty of time left for more memes to be squeezed out of the film. I'm pretty sure nothing will be more memeable than the name of Cooper's newfound fan base, though.