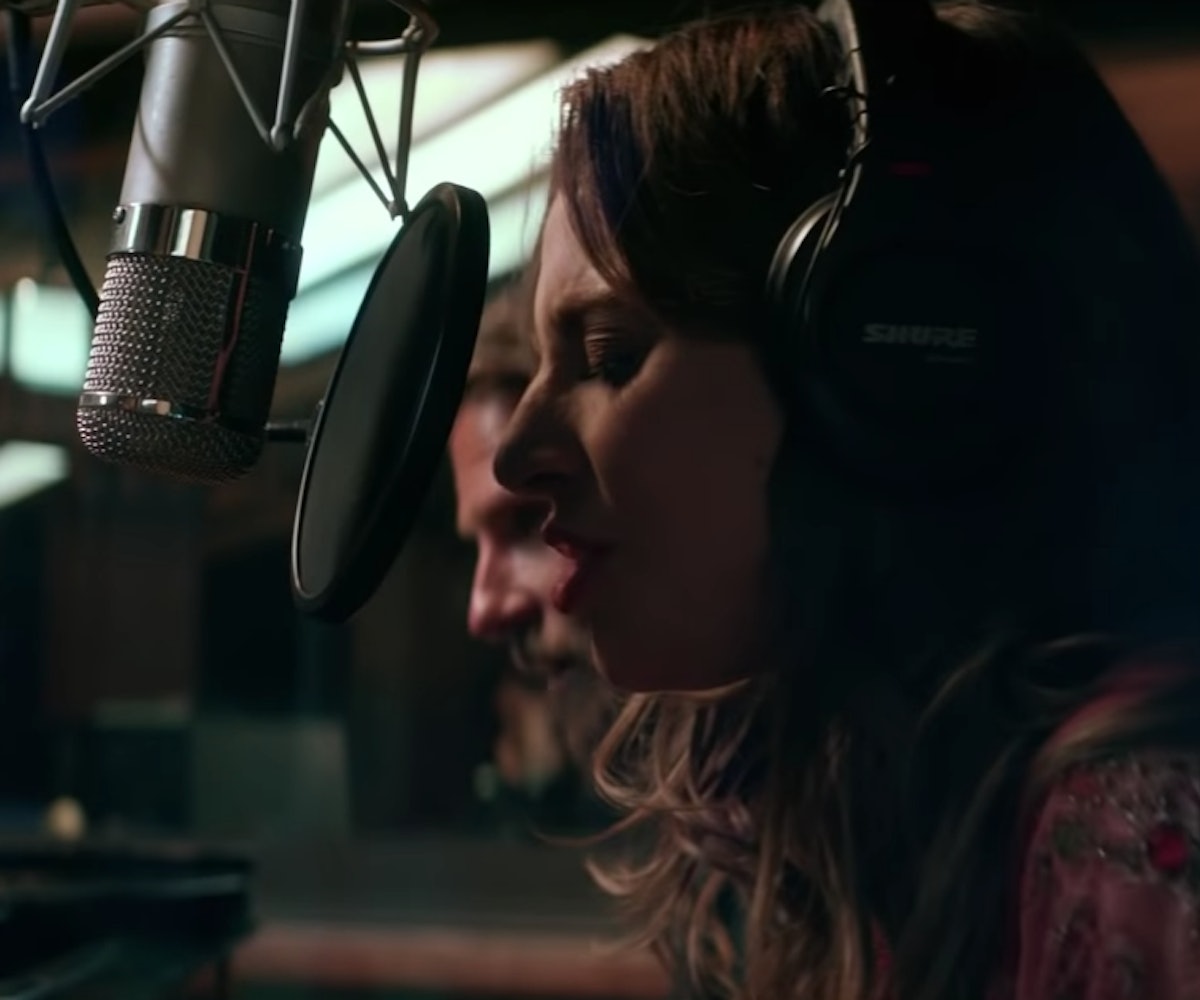 If you’ve seen A Star Is Born this weekend, chances are you’re now anxious for all of the A Star Is Born content—think pieces about toxic relationships, ruminations about makeunders in Hollywood, information about how Bradley Cooper’s character got his bedraggled appearance. Lady Gaga heard your/our prayers and released a music video for the song “Look What I Found” from the film.

It’s the first song that Ally (Gaga) attempts to record for her solo pop artist career. In the film, she says she thought of it after her and Cooper’s character went on a ride through the desert on his motorcycle. The video mostly shows unseen footage of Gaga and Cooper recording the song in the studio along with varying clips from the movie. Come for the song, stay for more clips of the pair’s adorable dog Charlie.

So, when you need some visuals to accompany your millionth listen of the soundtrack, or you just need a break from crying your eyes out over that ending, here’s something to hold you over. Watch the video below.