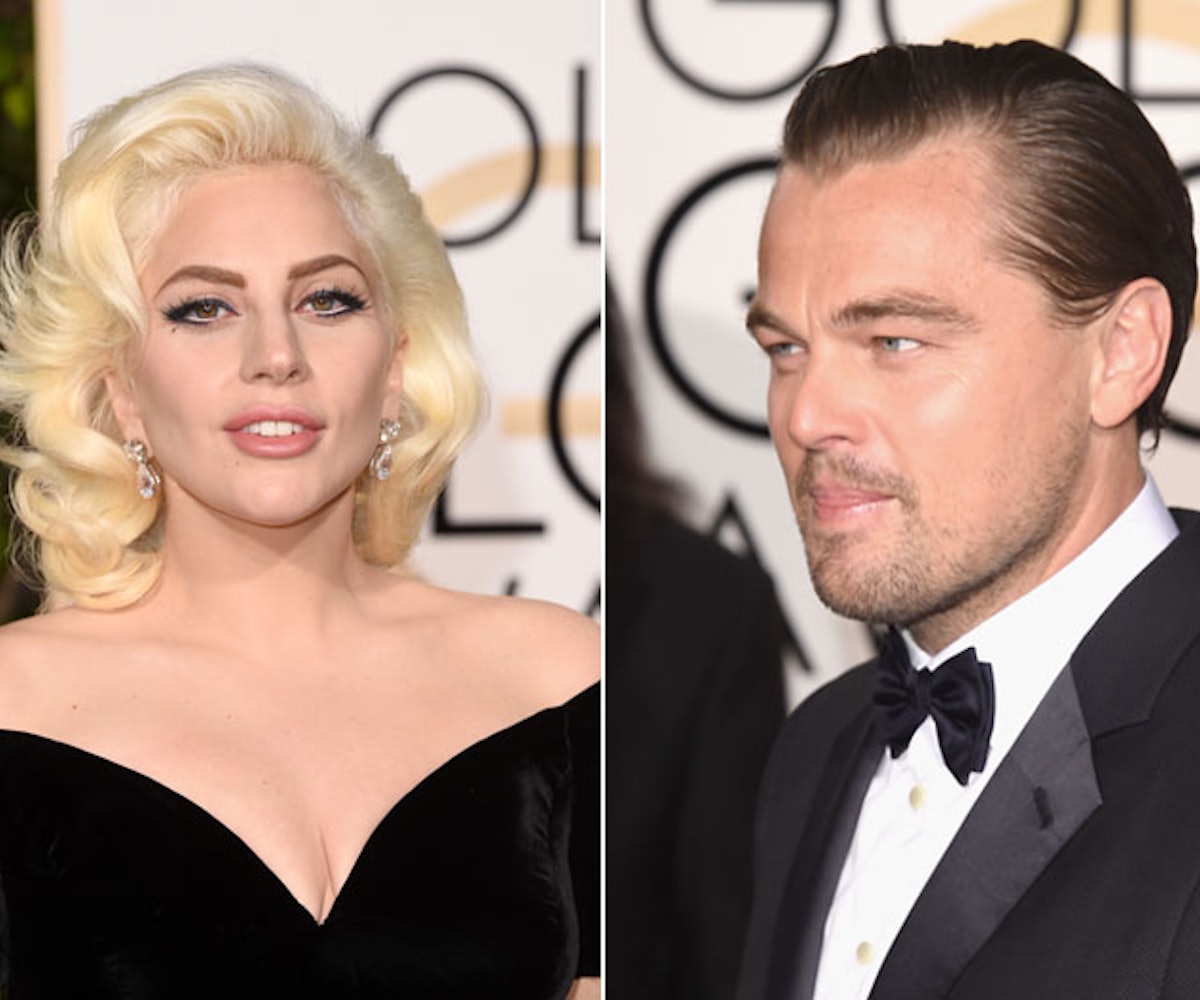 On her way up to accept her first Golden Globe ever (yaaass Gaga!), Lady Gaga unintentionally gave Leo D. a fright. The moment happened so fast, we would’ve missed it had it not been for Vine. We were too busy screaming with unadulterated joy—just like Laverne Cox.

A swift brush of her Versace dress caught The Revenant star off-guard. Where there once was a chuckle in the actor’s belly swiftly came a startled “Oop!” Granted, if ever we were to be caught off-guard, we’d like for it to be by a Versace-wearing Lady Gaga. That’s much better than a bear attack, a thing DiCaprio knows all too well. Anyway, here’s the moment. Gaze upon it forever and ever.