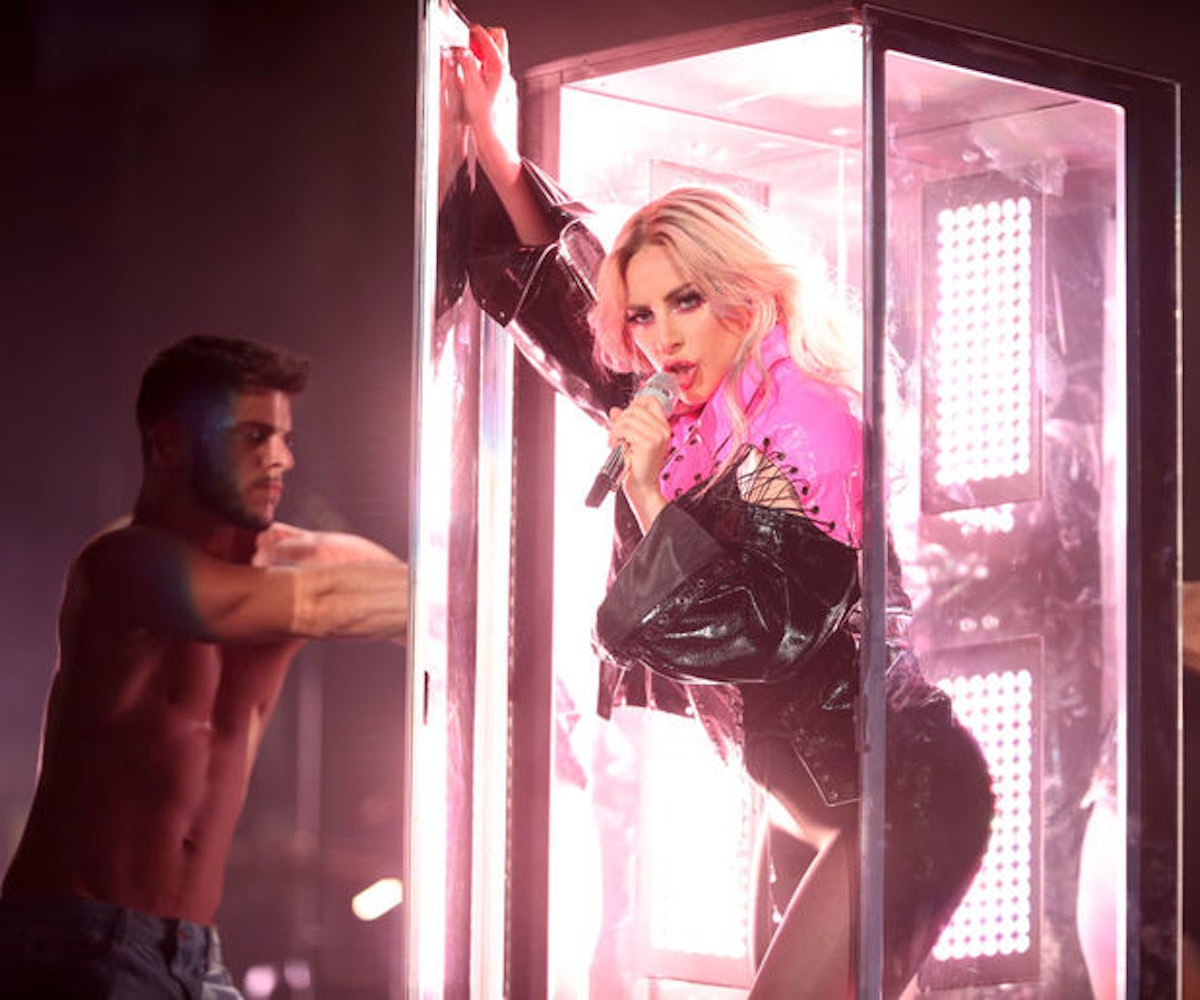 In the past, Lady Gaga has been upfront about her bouts with chronic pain, and it seems the singer is once again doing battle with the condition. She announced on her social media that she was canceling a performance at Rock in Rio following hospitalization due to “severe pain.”

“I was taken to the hospital, it is not simply hip pain or wear and tear from the road, I am in severe pain,” she wrote in an Instagram post. “But am in good hands w/ the very best doctors.”

“Brazil, I’m devastated that I’m not well enough 2 come to Rock In Rio,” she wrote. “I would do anything 4 u but I have to take care of my body right now. I ask for your grace and understanding, and promise that I will come back and perform for you soon.”

Earlier this week, Gaga told her followers on Twitter that she suffers from Fibromyalgia, something that the singer opens up about in her upcoming Netflix documentary, Lady Gaga: Five Foot Two.

Fibromyalgia is a mysterious musculoskeletal disease that causes widespread pain across the body, and out of the roughly four million people affected in the U.S., most of them are women. There is no known cure, so this is us wishing Gaga a speedy recovery.