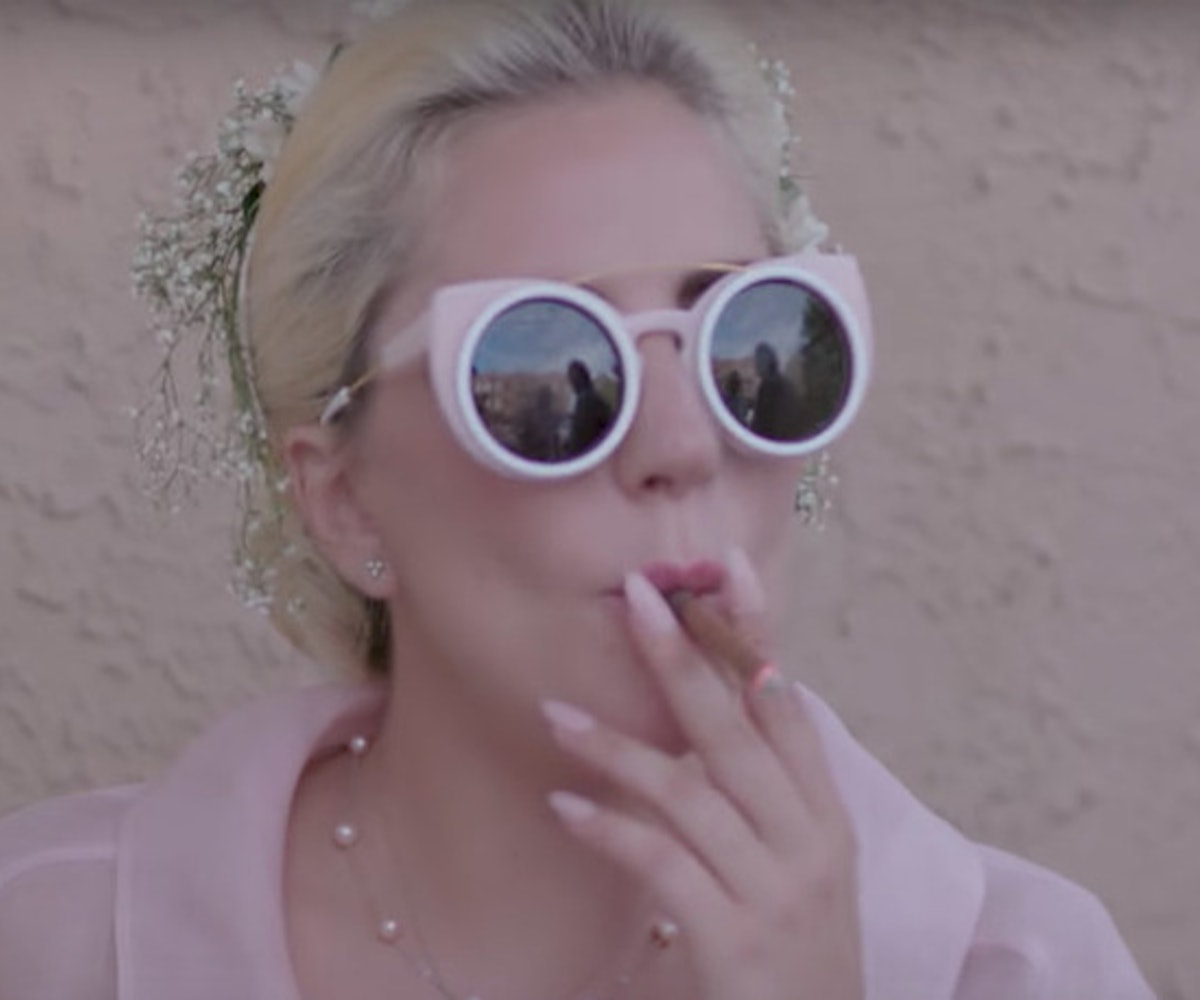 In the upcoming Netflix documentary Gaga: Five Foot Two, we see a glimpse of the real Lady Gaga. And, let's just say, the new trailer for the film makes her day-to-day look incredibly dramatic.

We see her anxiously walking into a sea of fans to take photos and sign autographs. She gets stoned in her friend's car. She has her album's name, Joanne, tattooed on her arm. She hangs out with Florence Welch. And she has a run-in with the cops in a CD store.

The new doc will also show Gaga preparing for her epic Super Bowl halftime show. "I'm gonna fight like fucking hell for them to fucking love this," she says as she crouches on the floor with raccoon eyes.

From clips Gaga's already shared on Instagram, we know the documentary will also address the pop star's battle with chronic pain and her longtime feud with Madonna.

Watch the new trailer for Gaga: Five Foot Two, below.

NEXT UP
Culture
Phoebe Dynevor Will Not Return for Bridgerton Season 3
Beauty
No One Does #PamCore Beauty Better Than Pamela Anderson, Herself
Culture
6 Shows To Binge Once You've Finished 'The White Lotus'
culture
Anna Delvey Is Getting A Reality TV Show
Style + Culture, delivered straight to your inbox.