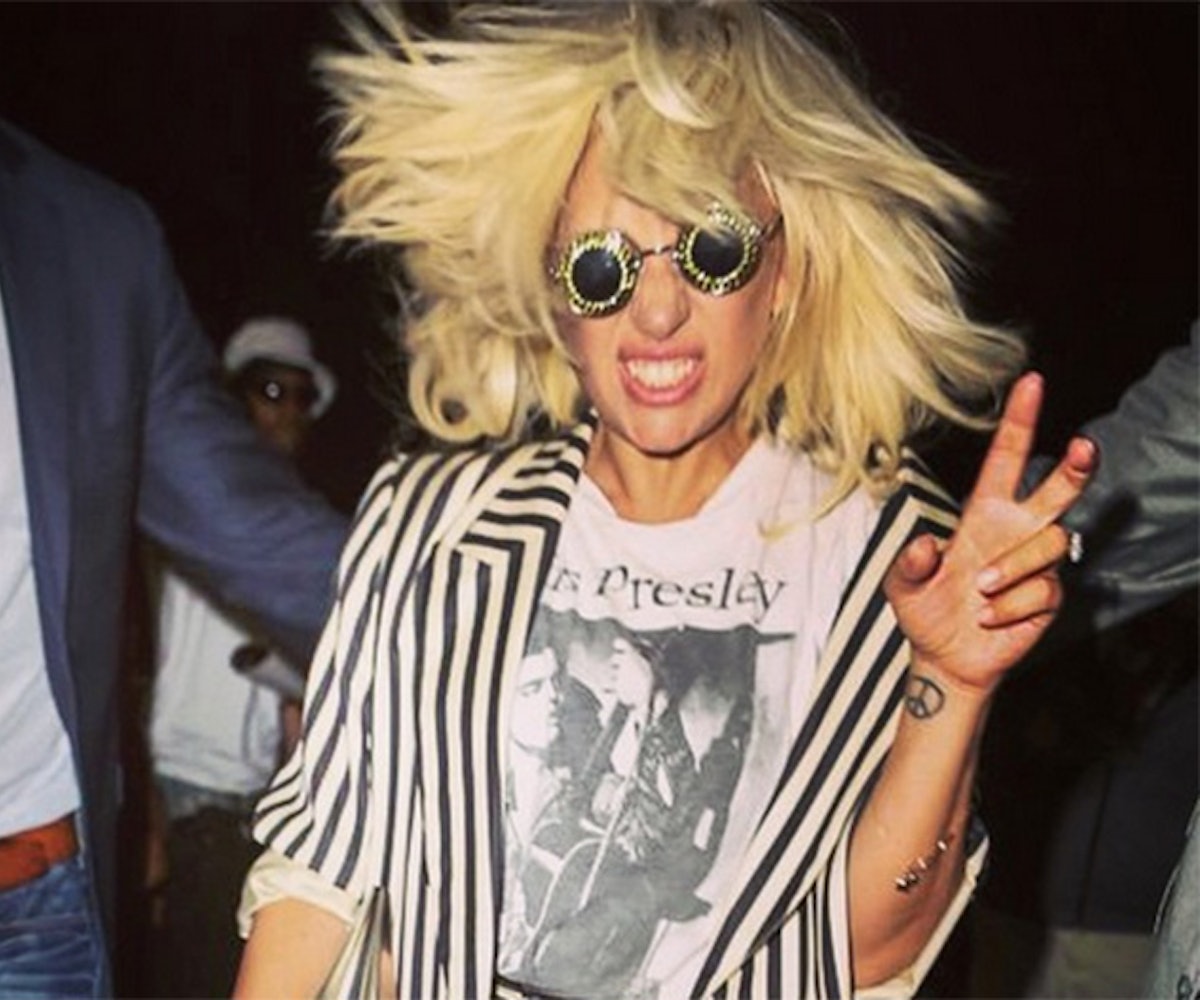 There’s a storm coming, and its name is Lady Gaga. The pop star that shot her way to superstardom and wearer of many hats (literally and figuratively) has a ton of new projects coming out—one being LG5, her yet-to-be-titled new album. That hasn’t stopped the hype from building, though.

Up until today, Gaga’s Instagrams have been the source of much excitement. Chief among that being her photos with RedOne, the producer behind her biggest hits. Now, Elton John has inserted himself into the mix, proudly praising the project over the radio. “She’s in the throes of writing her new album,” he said during his Beats 1 Radio show. “I’ve heard some of it and it’s absolutely fabulous.” That’s refreshing. He went on to add that LG5 is “really, really fantastic.” It’s been rumored that the project is going to be a disco album, but no one has confirmed that yet. All we know is there are a lot of high hopes for this project. Between the jazz music, musicals, rock n' roll leanings, and rave moments, Gaga’s had her fingers in many different pies. Whatever she’s cooking up, it’s sure to get the people talking and maybe, just maybe, getting the kids to whisper Yaaaaass, Gaga one more time to themselves.