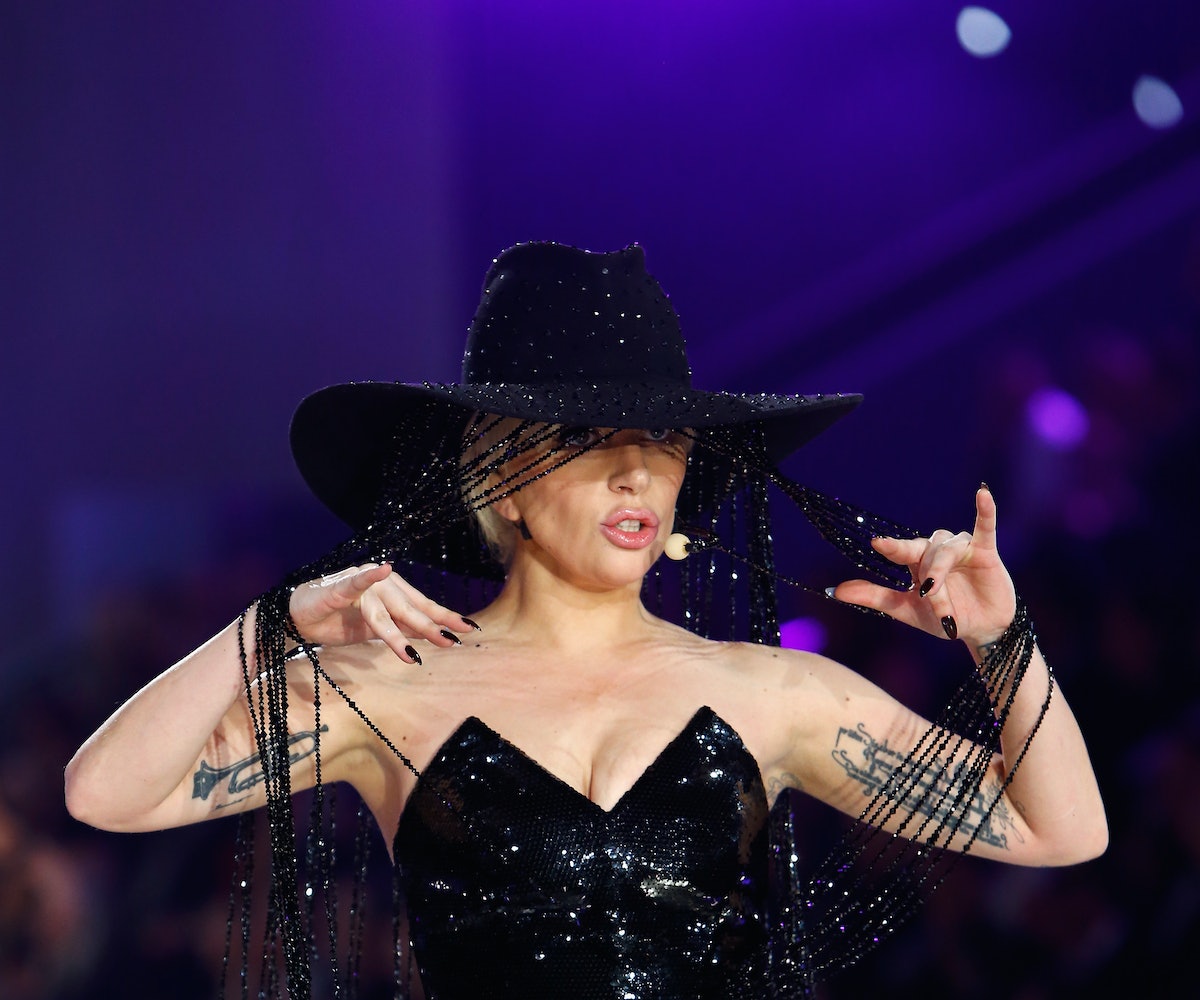 Lady Gaga's trademark hat—the one she's been rocking for pretty much the entire Joanne album cycle—got a major upgrade for her recent performance at the Victoria's Secret Fashion Show. When the world watches Gaga rock the runway on Monday (the show itself was taped last week), she'll be sporting what might go down as the most expensive hat ever made. Adorned with 45,700 Swarovski crystals, the piece was designed by Gladys Tamez Millinery, who's also responsible for the many other variations she's been wearing up to and after the release of her latest album. A Millinery hat also appears on the album's already iconic cover.

According to reports, Gaga's iced out hat was assembled by a team of 10 people, and took over 300 hours to make. So what does one do with all that bling on their head? Well, if you're Lady Gaga, you incorporate it into your performance, of course. We're told the singer went to great lengths to make the hat a part of her choreography. And, since we're not ones to spoil the fun, let's wait until Monday, when the show airs at 10pm on CBS to find out how. For now, you can catch a glimpse of Gaga’s very shimmering, very expensive hat above.