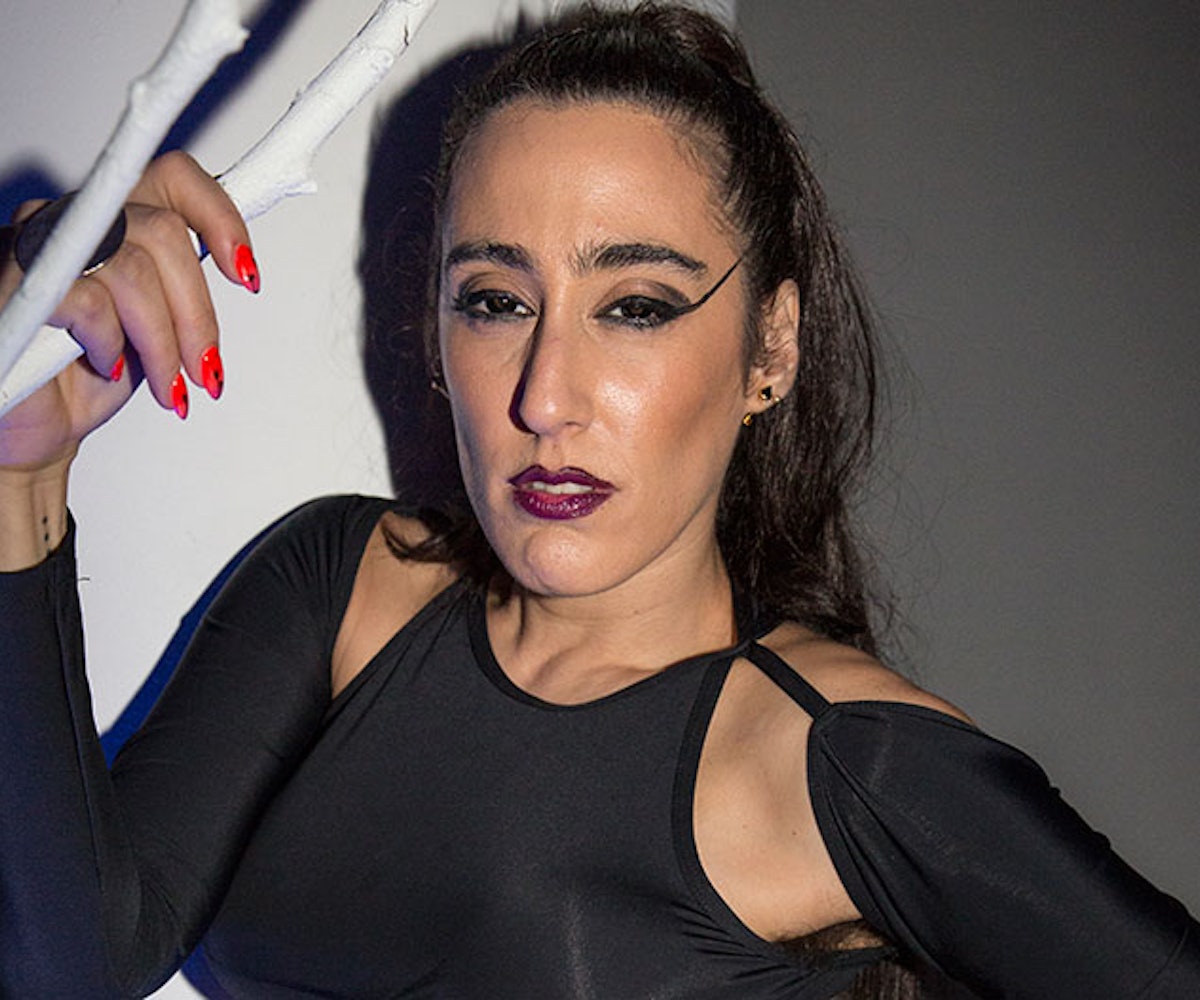 In the nine years since she landed in New York City by way of Canada, Ladyfag has orchestrated infamous party after infamous party and taken nightlife into the daytime with her pop-up bazar, Pop Souk. Her most recent endeavor, SHADE, has expanded beyond the warehouses of Brooklyn and gone international: And while the era of big clubs might be dead, Ladyfag's scene thrives with an ability to unite the queer, fashion, and music communities.

We caught up with the doyenne herself before she kicked off SHADE down in Miami at the Red Bull Guest House, and chatted about everything from NYC to just what sort of value partying all night has. As she tells us, it’s about community—and with a ringleader like Ladyfag, who wouldn’t want to turn a look, stay up all night, and celebrate?

It seems like people these days just party for partying’s sake. Is there any value to nightlife anymore?

I think that there’s so much value to nightlife. If anything, I think it’s one of the most underrated in value. The art community is here, film, music—everything comes together in nightlife. Yet when you say “nightlife” it gets looked down upon as this hedonistic thing that’s all about partying with no value. For me, personally and what I do, it’s so important because it acts as a community center, as a church; that’s its role. It brings all these people together—especially the queer community in New York. These are parties where people can all go, whether to take people out and mingle for business reasons, or creative reasons. It’s a nexus of music, dance, and fashion, and all these creative people in one room. How could that not be important? Why is there no value in a DJ when there is in a musician? Why is there no value on kids who are dressing up as an art form, but put it in a gallery and it’s art? For sure, it’s very important. I think it’s important to be respected as a whole, but on top of that, I think it’s important to people who live it and do use it as a community center or moment. When people go to nightclubs for the first time to let go and experience it, it can be life changing. I know it was for me.

How has it changed since you started?

I mean, I’ve been in New York for nine years. Everything changes! Scenes go up and down and in waves. There are moments where there’s that inexplicable feeling in New York where it’s having a bit of a moment. That could be because of a new party or club, or more people. It goes through it all. One of the biggest shifts, however, would be the shift to Brooklyn. I do parties in both (and I have for a while). The younger demographic is in Brooklyn right now and nightlife is filled with youth culture. Brooklyn also has more space, like warehouses, than Manhattan does. Big clubs are more or less over; there are very few in New York—which is fine. It’s a different scene right now, a different moment. Kids want that now, and they have been for the past few years. That can really only happen in Brooklyn. It could happen in the northern parts of Manhattan, too, but that’s just as foreign to people as Brooklyn was ten years ago. Some of the kids don’t even want to go into Manhattan anymore. Nine years ago, I could never have done SHADE.

Even two years ago when we started it, my partner Seva [Granik]—he’s been doing parties in Brooklyn forever and he already had a scene out there. My scene is kind of half-and-half, and my fashion crowd wasn’t used to going to Brooklyn. At first, I wondered whether people would come. But if you build it, they will come, and sure enough it just seems normal for a larger event to happen in Brooklyn.

What would you say is the key to bringing all these different scenes together?

For me, that’s my life. I go between all those scenes and I’m apart of them in different ways. So, for me it’s always been about inviting all my friends. Ever since I was a teenager, clubs were important to me. It’s become second nature. You start throwing parties for your friends and it comes full circle. It’s really about being welcoming to everyone albeit age, gender, whatever. If anything, those gaggle of girls who all jump in a cab and expect to get into a club for free will not get into one of my parties. But everyone is welcome. That’s pretty rare when you have queers mixing with straight people, older people mixing with younger, fashion, freaks, goths, and ravers. How often do you get all those people in one room? You’ve got to make it feel like it all belongs to them. You’ve got to make them feel like it’s their party—which it is. And a bit of luck.

What would you say to someone who’s a bit hesitant to step out into the scene?

What has been the most rewarding thing about nightlife for you, then?

Well, SHADE parties are such huge productions that they’re not always financially lucrative. You spend months building them up and bringing everything in. It overtakes your entire life. When you bust your ass making this seed of an idea happen and the magic moment—when you step back and the music is reaching a peak, the lights are going off, and the crowd is feeding off its energy and the DJs feeding their energy back—that’s when you know it was all worth it. That magic moment. We live for those. It’s a high like when people do drugs and they want more. That’s what we chase. It keeps me wanting to do it again. We’re always trying to outdo ourselves and give people a special experience.

Has SHADE been the biggest challenge in your career?

No, not really. I love a challenge, but I always wonder why I make my life so difficult. I constantly have to ask myself why I’m doing this. I like doing things other people aren’t doing. I live for the challenge.