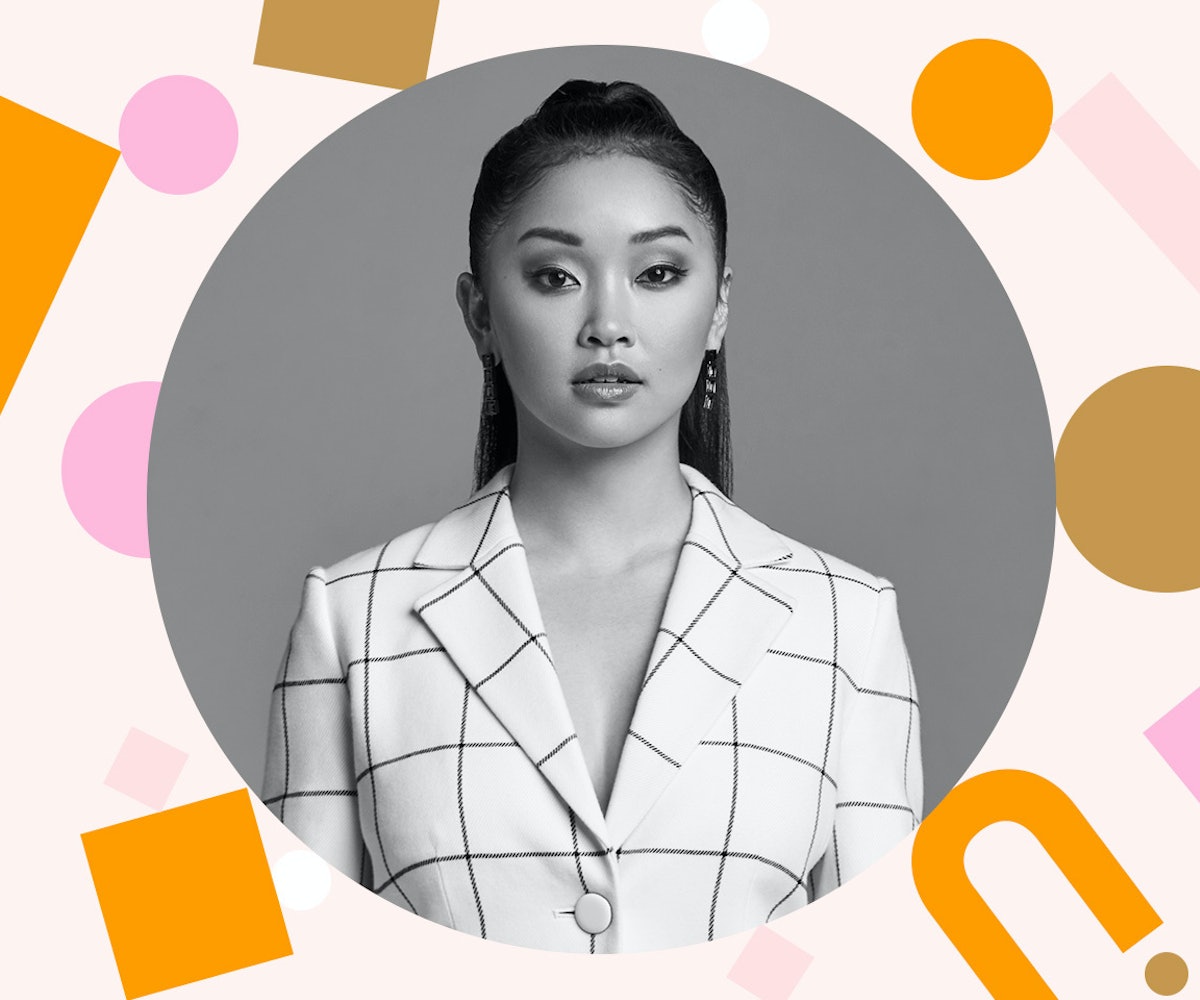 If you don’t know about Lana Condor after the groundbreaking year she’s had, honestly, where have you been? In August, To All the Boys I’ve Loved Before was released on Netflix to pretty much unanimous praise. Based on Jenny Han’s book of the same name, it stars Condor as Lara Jean Covey, a high school girl who writes love letters to boys she’s too shy to actually approach, and soon finds herself in a sticky-sweet fake-turned-real relationship with one of those same crushes. It’s a classic rom-com but done with a totally fresh approach—including the way it has an Asian-American lead but doesn’t make that fact the whole point of the film.

This is something that was important to Condor. She’s an active part of the changing face in the film industry, and we can’t wait to see all the things she accomplishes next.

Below we talk with Conor about what she learned from playing Lara Jean, how she wants to change Hollywood, and who her own It Girls are.

What is the biggest hurdle you've had to overcome in your career so far?

Being selective when choosing what projects to be a part of. It is really hard to say no to a job, especially if and when you desperately need one. At the end of the day, I am just a 21-year-old girl, looking for a job constantly! I have gone stretches of time unemployed, so when opportunities have presented themselves, sometimes I want to say yes… but I have to remember that a career is not a sprint, it is a marathon.

What did you learn from Lara Jean? How did you relate to her?

The biggest thing I learned from Lara Jean is that it’s okay to be a dreamer and to have high expectations for the way others treat you. Lara Jean also reminded me that it’s so good to just be yourself. The people who respond to your genuine personality are the people you want in your life anyway. Lara Jean marched to the beat of her own drum, was unapologetic for who she is, and I love that about her. I can relate to that! I live in my head, daydream, and I am definitely a hopeless romantic.

How do you hope to change the film and TV industry?

One of my goals is to normalize seeing Asians in film and television, and get to a point where it is no longer “groundbreaking” seeing an Asian in a leading role—I want it to be the norm. I want young Asians—and all humans—to be able to watch a film or TV series and feel seen, represented, and celebrated for who they are. I also want to urge writers and creators to write complex and fully fleshed roles for actors of color, that is not solely based on what they look like on the outside.

Who was your It Girl when you were growing up?

Vanessa Hudgens when she played Gabriella from High School Musical! When it first came out, I was obsessed. I loved how sweet and genuine her character was, I loved her heart, and of course her boy, Troy.

Who is your It Girl now?

My It Girl now—and forever—is Jenny Han. I think Jenny is one of the most intelligent, fiercely strong, steadfast women I know. I love her passion and her resilience. I love how graceful she is. And I love how she is not afraid to share her opinions and beliefs. I also love her closet… honestly, her wardrobe is perfection!