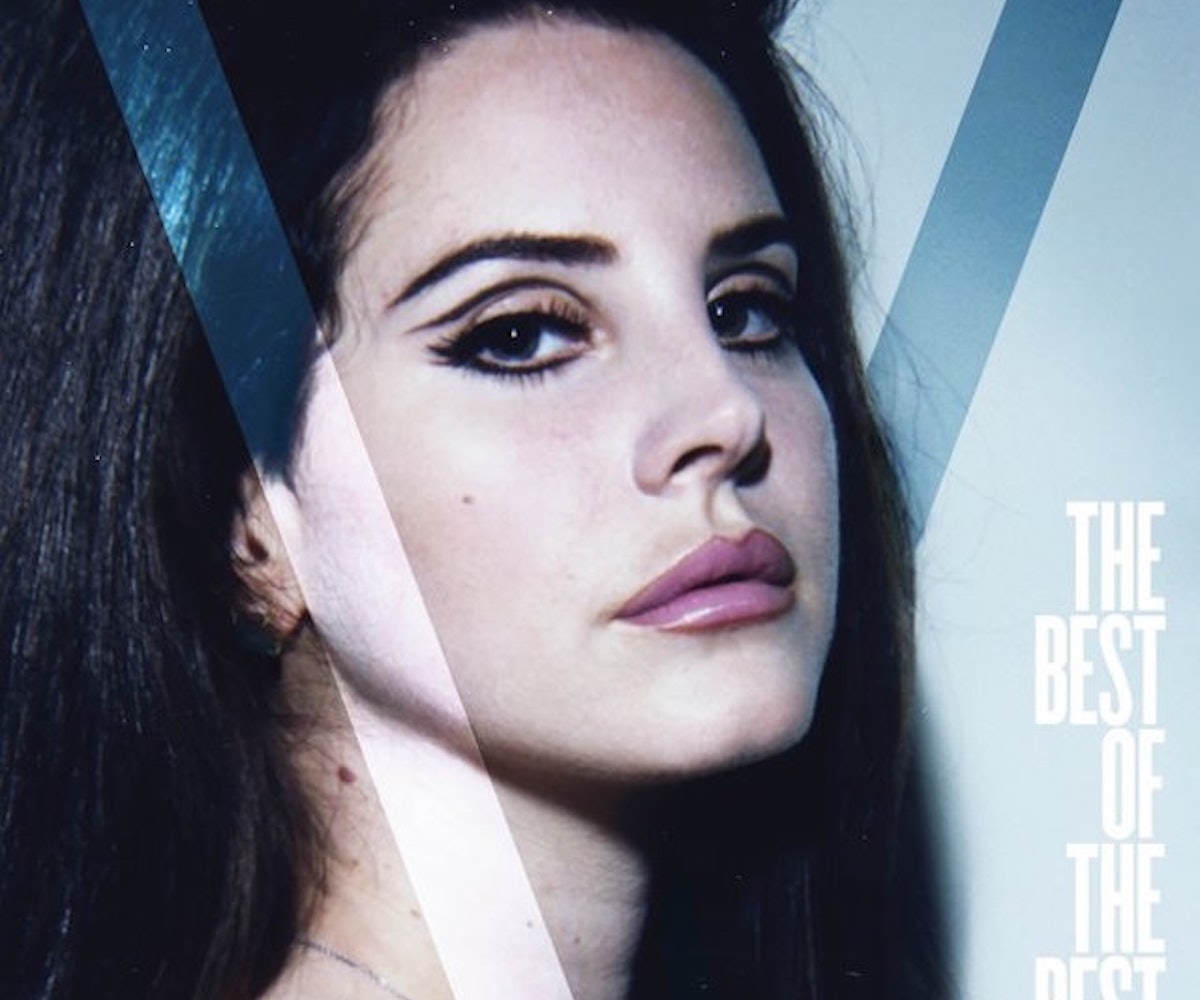 In a rare interview given to collaborator James Franco in the pages of this month’s V magazine, Lana Del Rey addressed what many called her “anti-feminist” statements, and it’s a little hard to tell if she’s put the issue to rest or just stirred up more trouble.

In July of 2014 she told The Fader, "For me, the issue of feminism is just not an interesting concept…I’m more interested in, you know, SpaceX and Tesla, what’s going to happen with our intergalactic possibilities. Whenever people bring up feminism, I’m like, god. I’m just not really that interested." The singer went on to say, “My idea of a true feminist is a woman who feels free enough to do whatever she wants.”

Many observers had many strong feelings about these comments and weren’t shy in expressing them. Some felt Del Rey displayed a high level of naiveté or ignorance, while others called her directly dismissive of the larger feminist movement. These quotes combined Del Rey’s complicated image—one that plays with patriarchal notions of female passivity and touches on themes like domestic violence—drew a lot of fire down on the former Lizzie Grant. It’s one of the many reasons she’s been almost mute publicly since last year.

Promoting the release of Honeymoon, Del Rey gave creative partner and obvious LDR fanboy James Franco the chance to ask her directly about those contentious statements. Her response was... Well, we'll let you see it:

"The luxury we have as a younger generation is being able to figure out where we want to go from here, which is why I’ve said things like, 'I don’t focus on feminism, I focus on the future,'" she told Franco. "It’s not to say that there’s not more to do in that area. I’ve gotten to witness through history the evolution of so many movements and now, I’m standing at the forefront of new technological movements.” She added, "I’m not undermining other issues. But I feel like that’s obvious, like I shouldn’t even have to bring that up."

We mean…like…okay? She does have a point in that it’s a shame that anyone—be they a singer, politician, or student—would have to address issues of feminism. We should live in a world where equality is so universal that the feminist dialogue is simply normal discourse. The thing is, we don’t. And we probably won't for a very long time.

Del Rey notes the “luxury we have as a younger generation,” which we take as her belief that young women today are in a position where they don’t have to focus on pushing for equal rights as much as, say, their mothers did. While, yes, things are better than they have been, it’s naive to think the power balance between men and women has reached some form of tipping point where we can “focus on the future” without “bringing up feminism.” It's also a sign of a certain kind of insulating privilege that just doesn't rest well with us, and there’s something dismissive in her statement, ”It’s not to say that there’s not more to do in that area.”

Then again, Lana Del Rey is under no obligation to be the standard bearer for feminism in the 21st Century, and given quotes like these, we really shouldn't expect anything like that from her. If she doesn’t want to address it, well, that’s fine. We just wish she’d be a little less clumsy when it happens to come up, though—not everyone thinks it's as much of a no-brainer as she does.

The 5 Most Daring Portrayals Of Female Sexuality In Film

14 Celebrities Who Spoke Up About Their Abortion

Soo...Science Says The Best Age To Get Married Is: