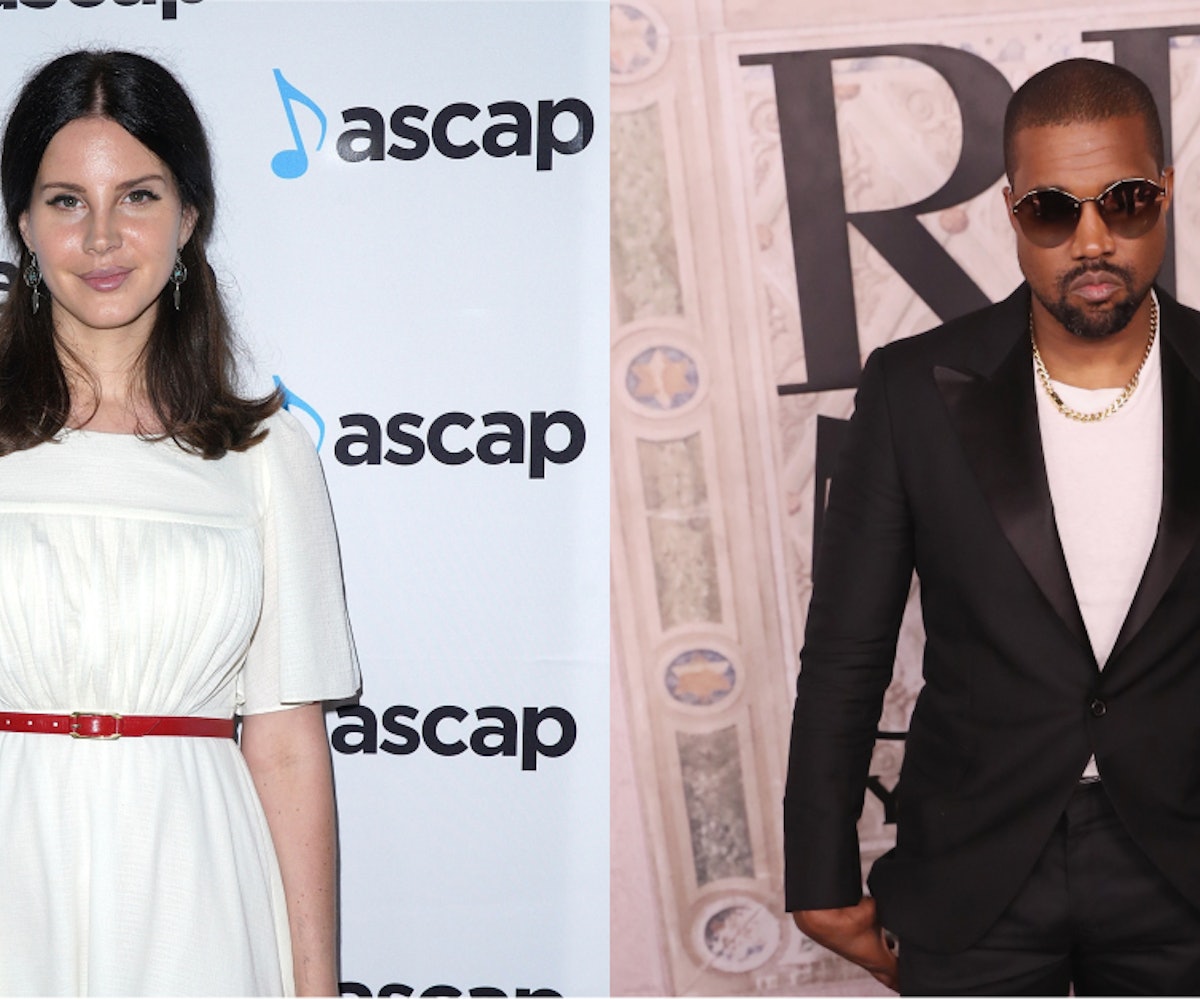 Kanye West took his confusing alliance with Donald Trump quite a few steps further this weekend, with an off-air rant to the audience at Saturday Night Live, followed by an Instagram post revealing West's opinion on the state of the nation.

"This represents good and America becoming whole again," Ye captioned a MAGA hat-clad selfie on Instagram. "We will no longer outsource to other countries. We build factories here in America and create jobs. We will provide jobs for all who are free from prisons as we abolish the 13th amendment. Message sent with love." While, maybe, West's newfound alt-right fan base ate up his words, no one else did—including Lana Del Rey, who took to the comments section to bring the over-essentializing nature of Ye's bold claims into context via a reference to West and POTUS' shared narcissism.

"Trump becoming our president was a loss for the country," Del Rey began, "but your support of him is a loss for the culture. I can only assume you relate to his personality on some level. Delusions of Grandeur, extreme issues with narcissism—none of which would be a talking point if we weren't speaking about the man leading our country."

Del Rey added, "If you think it's alright to support someone who believes it's OK to grab a woman by the pussy just because he's famous—then you need an intervention as much as he does—something so many narcissists will never get because there just isn't enough help for the issue."

West's transformation over the past few years has been incredibly disheartening, not least to those people who appreciated the way he was once notable for making conservatives uncomfortable, not cosseted. Like, what happened to the "George Bush doesn't care about black people" Kanye? It would be easy enough to make a Sunken Place joke about this situation, but there's nothing here to laugh at.

NEXT UP
Beauty
Hailey Bieber’s Glazed Eyeshadow Is Perfect For Party Season
The Art Issue 2022
From Renaissance To Gemini Rights: The Stories Behind 2022's Best Album Covers
Entertainment
Precious Pepala Is Going From TikTok Covers To Her Own Resonant Songs
Entertainment
Olivia Rodrigo Hinted At New Music In 2023