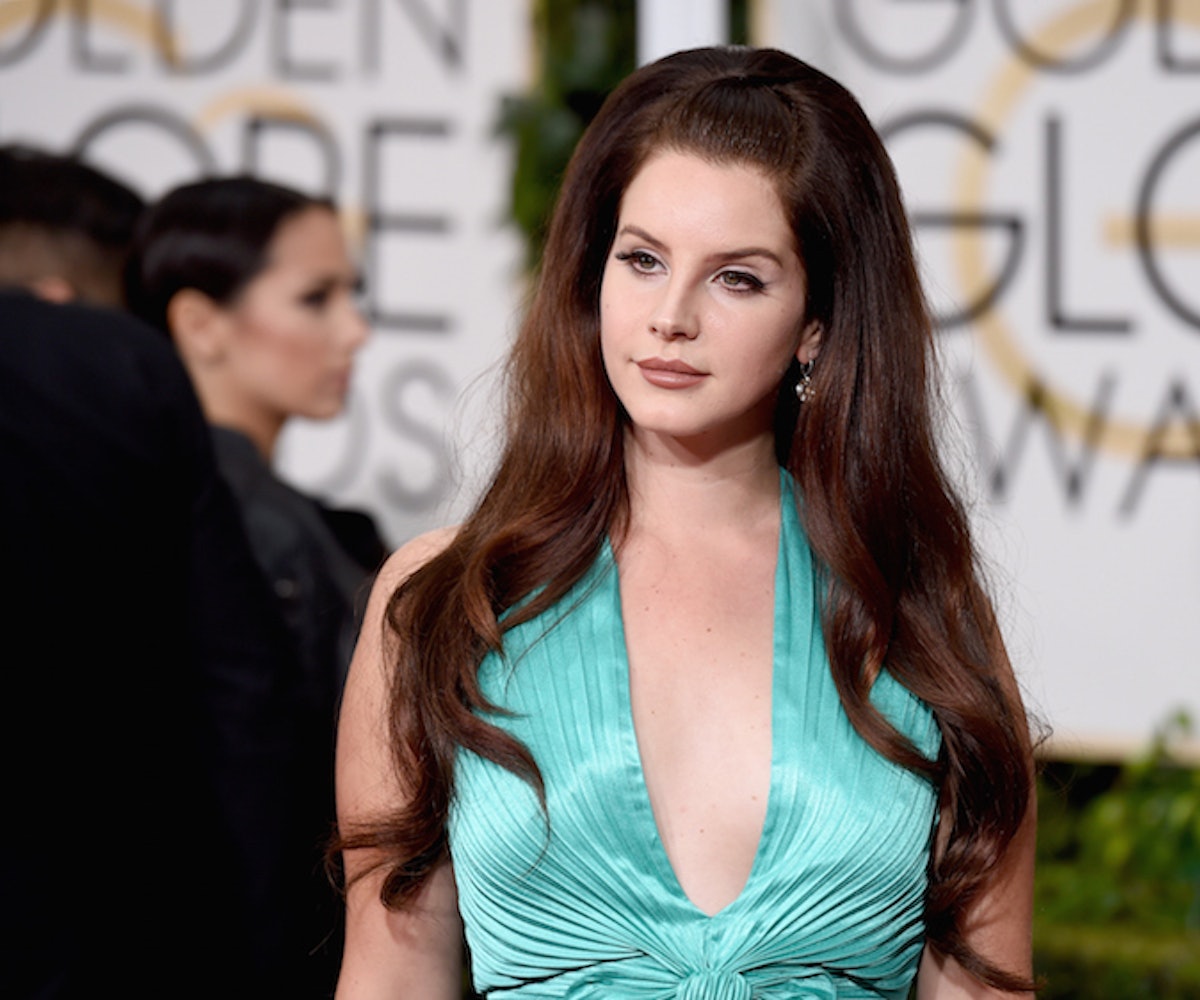 Lana Del Rey recently released her stunning video for "High By The Beach," in which she shoots down a paparazzi helicopter with a machine gun, all with her hazy voice playing in the background. With her latest album, Honeymoon, set for release on September 18, Del Rey has been steadily teasing us with bits and pieces from her tracklist, including the title track.

Her latest song premiere is "Terrence Loves You," a song which she has dubbed her personal favorite from the album because "it's jazzy." And indeed, it is, with a slow piano accompaniment and layers of Del Rey's signature dreamy croon. Along with the track, Del Rey also revealed her album's cover art—a shot of Del Rey sitting on a tour bus and keeping the vintage Americana themes very much alive.

Listen to the track and check out the album cover below.