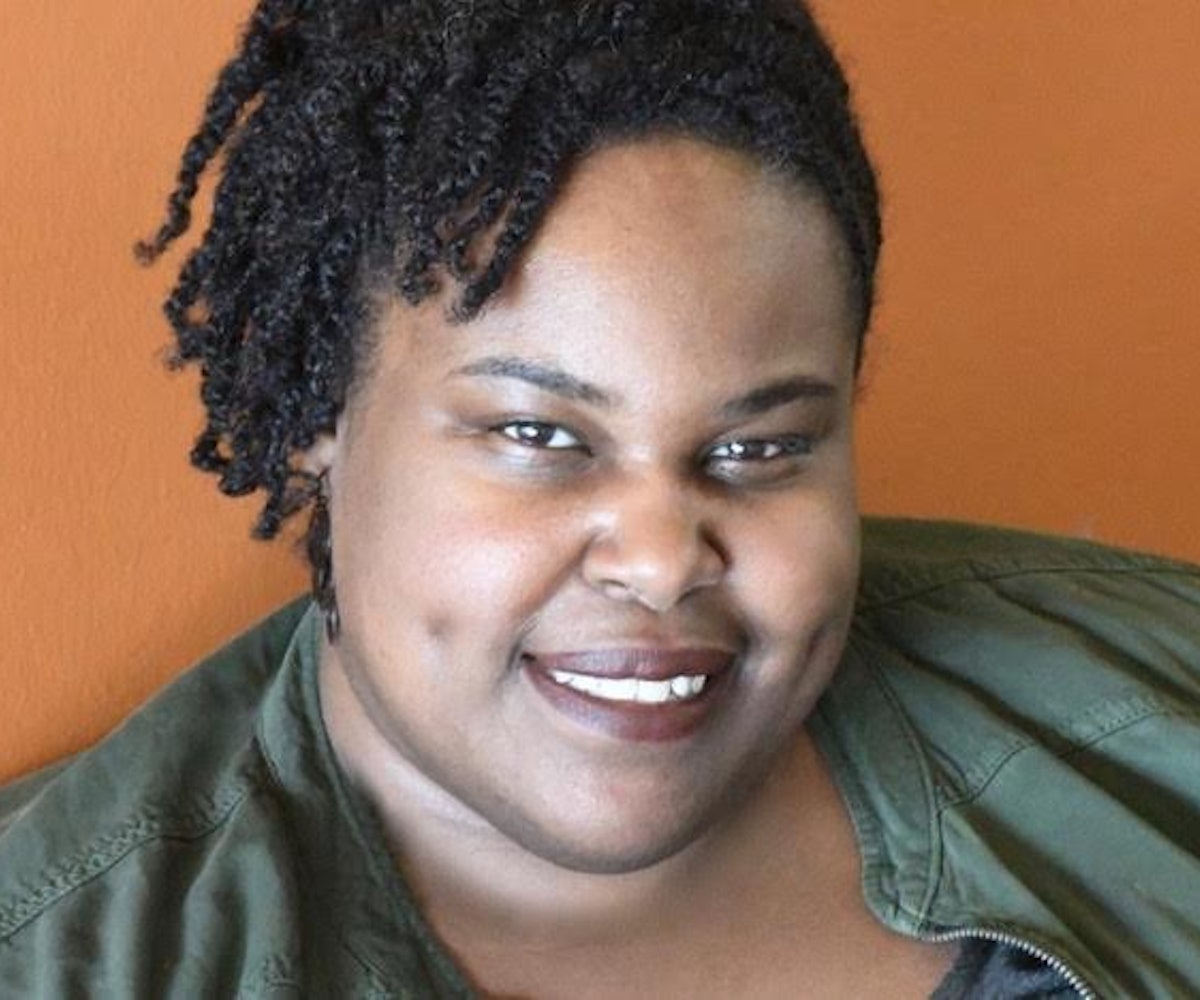 It was a quiet evening on Thursday, March 30th when I arrived at the late, legendary poet Langston Hughes’ East Harlem apartment for a party. Hosted by Riverhead Books, a Penguin Random House imprint, writers and journalists from BuzzFeed, the New York Times, MTV, The Fader, and The Ringer, among others, feasted upon dumplings and vegan nuggets, seltzer and wine, while mingling with one another, as classic and current R&B and hip-hop jams played overhead. We were there to meditate on what it means to reflect, resist, and celebrate. Weeks before the event, as a part of the invitation, attendees were asked about their dreams and ideal legacies. Subsequently, our anonymous responses were incorporated into a mural on one of Langston Hughes’s walls, just beside his actual typewriter. This theme—titled “We Are The Ones”—worked as an answer to the Trump administration and the problems of our times, but actually it served a specific purpose: It was a response to the tumultuous times undergone by Langston Hughes’ brownstone, which had been close to being another casualty of New York City gentrification, less than a year ago.

The brownstone itself—located on 20 East 127th Street—was built in 1869 by architect Alexander Wilson in the Italianate style so popular in the area at that time. Langston Hughes and his adopted uncle, William Emerson, leased the place on December 23rd, 1947. It was his first and last apartment, and part of a dream of his to live in Harlem. In his own words, Hughes had said, “More than Paris, or the Shakespeare country, or Berlin, or the Alps, I wanted to see Harlem.” Thirteen years after Hughes died in 1967, the building became a designated landmark site in a public hearing by the Landmarks Preservation Commission Source. But constant shuffling and neglect followed afterwards. In 2007, Shon “Chance” Miller and Marc Cary, pianist and President of Cary Out Productions were able to re-open the brownstone’s doors and convert Hughes’ dining and living room areas into a performance space. There were open mics twice a month as well as possible talks of a film series and camera installations to stream live events. Unfortunately, as the New York Daily News reported, Miller and Cary were evicted in 2008 and put the brownstone on the market in 2009 for $1.2 million. In 2011, a buyer made an offer of less than $1 million due to the brownstone’s disrepair. Then again in 2016, Langston Hughes’ home was back on the market, and Renée Watson, founder of the I, Too Arts Collective and acclaimed children’s book author, saw an opportunity.

In July 2016, the I, Too Arts Collective—whose name is a nod to one of Hughes’ most famous poems—a nonprofit organization committed to nurturing voices from underrepresented communities in the arts, launched a campaign to lease Hughes’ brownstone. By October, the group was able to sign the lease and run their programs, such as writing workshops, poetry salons, and open mics out of the building. Looking back on the desire to crowdfund, Watson said, “I was absolutely hesitant. It really felt like an impossible dream but, thankfully, I had a lot of support from fellow writers and our board of directors, so it wasn’t all on my shoulders.We want to do right by the community, by our supporters, and make sure we stay true to our mission and that we really are a place that continues Langston’s legacy. He was called the ‘people’s poet’ which means we aim to be a place for the people.”

Soon, other people began to take notice. Staffers from Book Culture, a Harlem-based bookstore, devoted a Saturday to helping the I, Too Arts Collective by painting the parlor floors and ripping up the carpet. Publications, such as NPR and Ebony, profiled the renaissance that was taking place. Riverhead Books, a Penguin Random House imprint that has published the likes of Junot Dìaz, Marlon James, Emma Straub, and Brit Bennett, became a supporter in Watson’s vision. However, the main orchestrators of the March 30th event was not senior directors but rather the publicity assistants: Abigail Bereola, Carla Bruce-Eddings, Jennifer Huang. Bereola said of the planning, “Carla, Jennifer, and I were trying to think of a theme when Carla brought up a poem she had read—June Jordan’s ‘Poem for South African Women.’ The last line of that poem is, ‘We are the ones we have been waiting for,’ and I think that really spoke to us—that you can’t always wait and hope for someone to do what they should. Sometimes, you have to take matters into your own hands and be the change you wish to see, so to speak.”

According to Bruce-Eddings and Huang, they toyed with the idea of a roundtable discussion but ultimately they decided on giving attendees the space and time to build relationships, think, and sustain community. Besides acquiring a stellar list of books, Riverhead is also well-known for its nonprofit partnering, from fundraisers for VIDA, Pen America, and Granta, to party hosting such as that of the “We Are The Ones” event. Katie Freeman, Associate Director of Publicity for Riverhead Books, said, “The party exemplifies the spirit of Riverhead. We believe publishing is a team effort. Collaboration and creativity are the two key parts of our program. We try to be both inclusive and geographically aware. There are readers everywhere, which is why supporting a place like Langston Hughes’ home and I, Too Arts is important because such a space should exist. Watson was so sincere and deeply engaged by the community around herself. She’s open to the world. She deeply, deeply inspires me. It has been one of the great pleasures of the year to watch her create I, Too Arts.”

As for what’s next with the I, Too Arts Collective, besides hosting after work socials every third Tuesday of the month, moving screenings, creative conversations and salons, the group has partnered with Bank Street Bookstore in order to create an event for the Brooklyn Book Festival later this year. They are still in the midst of fundraising for the purchase of the brownstone as well as programming and maintenance costs. Watson said moving forward, “We hope to continue to build partnerships and collaborate with the literary community in New York. There are so many possibilities.”