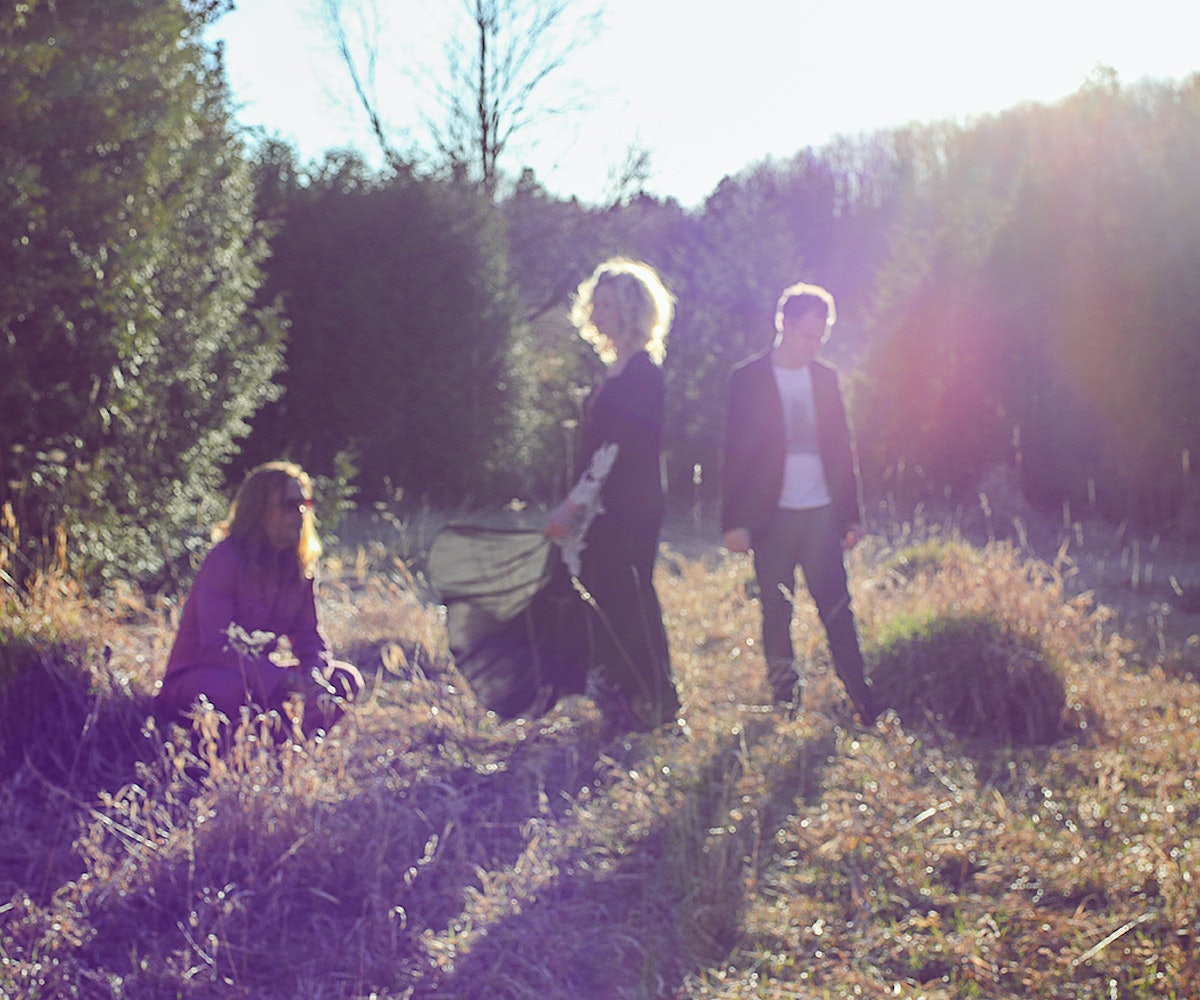 The days of Broken Social Scene might be over, but their lasting effect lingers in the music its former members still make. One of those members is Lisa Lobsinger, who was a vocalist with the influential Canadian music collective, and who has just ventured out with her own project, Laser. The electro-pop trio—Lobsinger is joined by fellow Canucks Paul Pfisterer and Marty Kinack—are about to put out their debut album, Night Driver, in January. And if you want to know what to expect, have a listen to "Do We All Feel It," the second single off their record which we're premiering here.

The song begins with a menace, all metallic burbles and nocturnal synths, before Lobsinger's voice lifts it up and expands it into a kaleidoscopic tapestry of dancefloor-ready drum machines and steady keyboards. "This is a song about watching someone slowly destroy themselves while trying to protect yourself from how that feels," Lobsinger told us. "It's about the choice, the guilt and the fear. Sonically it ended up by sounding a bit like a slow chase scene. The bass and drums keeping the heartbeat, the keyboards taking the roll of the antagonist, while the guitar creates the tension. We love playing this one live.”