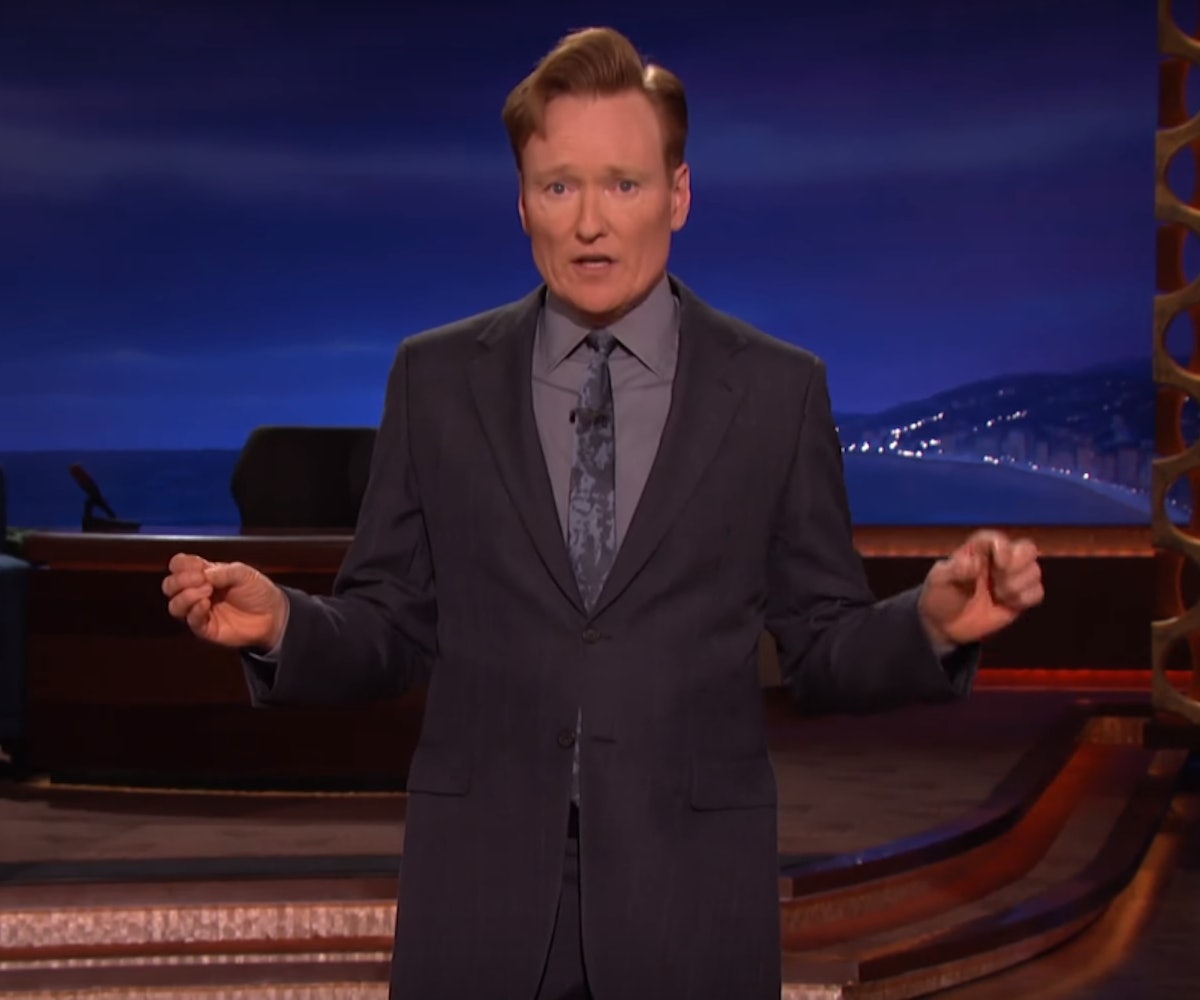 In the immediate wake of national tragedies, the roles of our late-night talk show hosts shift. Their job is not to make us laugh, but instead to console us, and in cases like this most recent attack in Orlando, Florida, to channel our confusion and rage. For many of the hosts, once they expressed sadness and disbelief, they turned their attention to America's gun control debate, which led to a variety of reactions.

On Full Frontal, Samantha Bee did not hold back.  "After a massacre, the standard procedure is you stand on a stage and deliver some well-meaning words about how we will get through this together, how love wins, how love conquers hate. And that is great. That is beautiful, but you know what? Fuck it. I am too angry for that. Love does not win unless we start loving each other enough to fix our fucking problems." There's much more, with Bee going after Florida governor Rick Scott. It's well worth watching.

A visibly shaken Conan O'Brien gave some brief remarks, but they were powerful in that O'Brien rarely offers his own political opinions on his show. "I have really tried very hard over the years not to bore you with what I think. However, I am a father of two. I like to believe I have a shred of common sense, and I simply do not understand why anybody in this country is allowed to purchase and own a semi-automatic assault rifle... These are weapons of war and they have no place in civilian life."

On Late Night, Seth Meyers dedicated his Closer Look segment to the shooting, eventually turning his attention to Donald Trump's widely criticized response. “Appreciate the congrats? I don’t know who’s been congratulating Donald Trump, but you may want to redirect your congratulations to the first responders or those waiting in line to give blood,” he said. “They’re the ones who deserve congrats, and they’re not asking for it. I have a feeling Donald Trump’s not giving blood, and if he did, no one would want it, because it probably looks like Ectoplasm.”

Jimmy Fallon, doing his best to fight back emotion, struck a note of tolerance, while also referencing America's gun laws. "Maybe there's a lesson from all of this, a lesson in tolerance. We need to support each other's differences and worry less about our own opinions. Get back to debate and away from believing or supporting the idea that if somebody doesn't live the way you want them to live, you just buy a gun and kill them. Bomb them up. That is not okay."

Stephen Colbert lamented the awful familiarity of an event like this, and the country's seeming inability to do anything about it. "It's easy, almost tempting to be paralyzed by such a monstrously hateful act, to despair and say, 'That's just the way the world is now.' Well, I don't know what to do. But I do know that despair is a victory for hate. Hate wants us to be too weak to change anything... Let's remember that 'love' is a verb, and 'to love' means 'to do something."