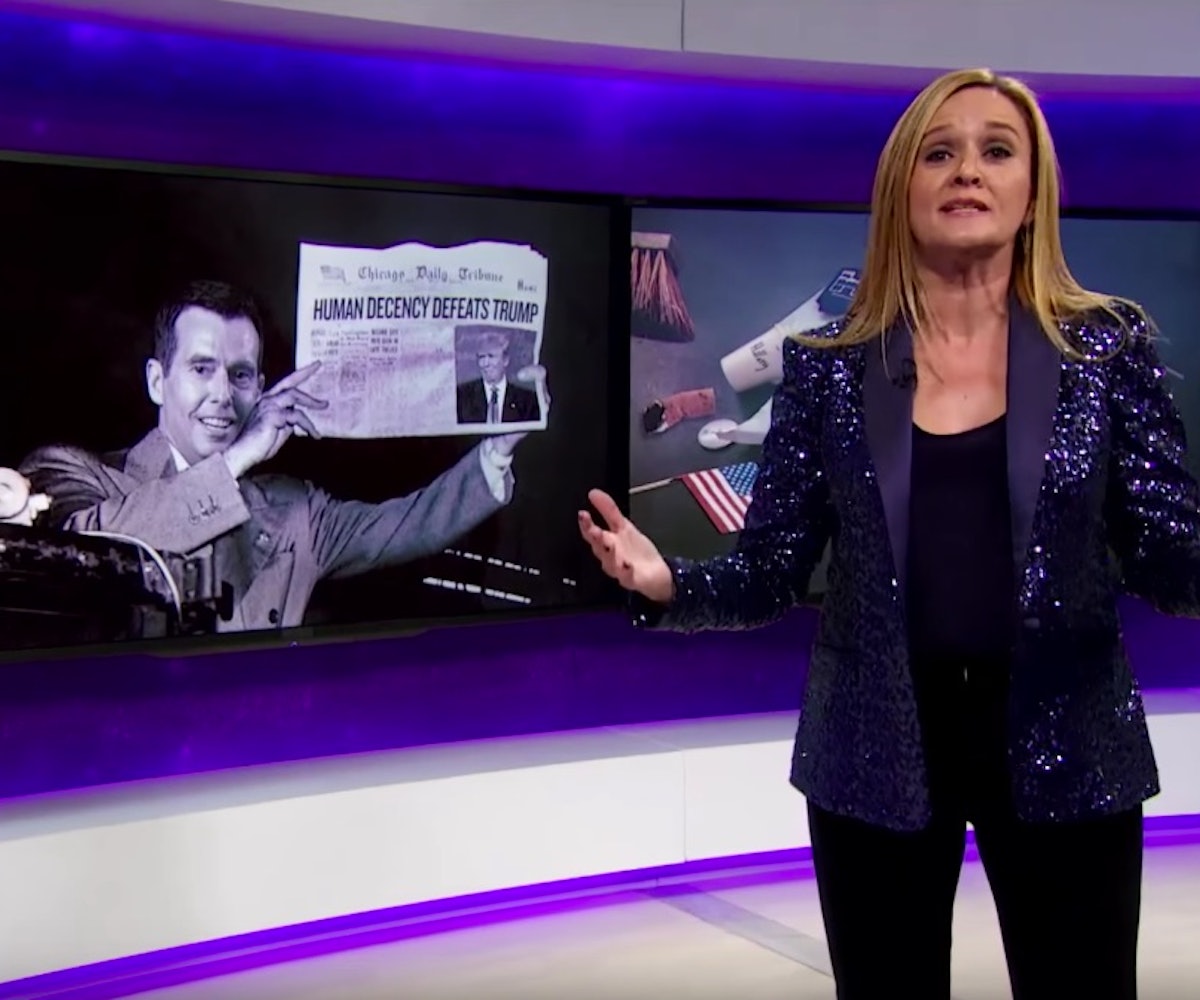 As further evidence that we’re not just living through a very bad dream, America’s late night hosts stood up in front of their studio audiences yesterday and tried to process the concept of a President Donald Trump. Typical of when a national tragedy befalls this country, they used a potent blend of humor, introspection, hope, and barely contained rage, in an effort to comfort and reassure.

Stephen Colbert, who, thanks to his election night special on Showtime was the first late night host to address the Trump presidency, was back at it again last night after having some time to meditate on what occurred. He was no less dumbfounded than he was on Tuesday night. Colbert talked about the fog of depression that cloaked the streets of New York (something we can attest to). “This is what it feels like when America is made great again,” he half-joked. Throughout the blistering, 16-minute monologue, Colbert did not hide his disdain for the president-elect. “We have to accept that Donald Trump will be the 45th president of the United States,” he said to audience groans. “No, I get that feeling completely, I just had to say it one more time. I just want to keep saying it until I can say it without throwing up in my mouth a little bit.”

While people have been placing blame on everyone from the Democrats to the media, Samantha Bee, one of Trump’s most relentless and efficient critics over the last year, placed it squarely on a particular demographic. “But once you dust for fingerprints, it’s pretty clear who ruined America: white people. I guess ruining Brooklyn was just a dry run,” Bee said. “The caucasian nation showed up in droves to vote for Trump. So I don’t want to hear a goddamn word about black voter turnout. How many times do we expect black people to build our country for us?”

Seth Meyers, another one of Trump's sharpest and most consistent critics, got emotional when discussing how excited his mother was to see the first female president, and tried to have empathy for the people who voted Trump into office. “I felt a lot of emotions last night and into today,” he said. “Some sadness, some anger, some fear. But I’m also aware that those are the same emotions a lot of Trump supporters felt, emotions that led them to make their choice, and it would be wrong for me to think my emotions are somehow more authentic than their emotions.” And in maybe the most poignant moment of the night, Meyers directly addressed the unknown girl or woman who will now become the first female president.

And finally, self-professed American history buff Conan OBbrien tried to place the Trump presidency on a continuum of contentious elections that the country has weathered, and its turbulent past. "In America, we get to choose who's going to ruin our country," he said, before reminding the audience to be thankful "that we have fair and free elections at all."