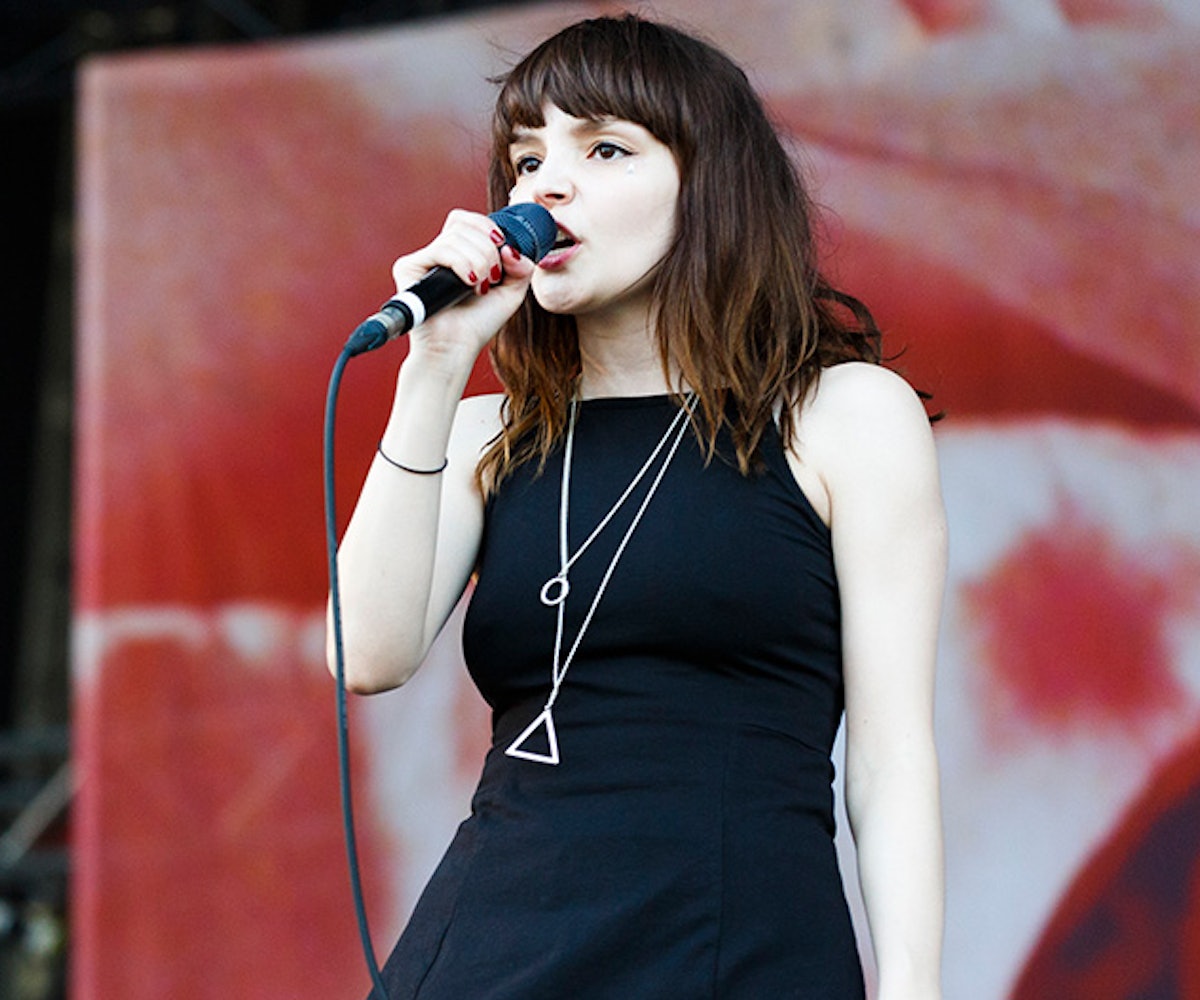 CHVRCHES latest LP, Every Open Eye, is brutally honest in its relentless theme of rising above a tumultuous relationship, driven by the strength Lauren Mayberry’s lyrics—which are both universal and incredibly personal. Whatever hurricane-like relationship(s) Mayberry pulled influence from, they were felt deeply and wholeheartedly left her a stronger, braver human. Mayberry rarely speaks to specifics, though.

However, in today’s Lenny Letter, Lena Dunham’s e-newsletter, the CHVRCHES front woman opens up about a past abusive relationship. She talks about her ex-boyfriend’s slamming of doors, physical yanking, and yelling. Her final wake up call came when “he backed [her] against a wall and slammed his hand repeatedly on the surface above [her] head.” She broke down, which prompted him to say, “Oh, don’t act like I hit you.” The roller coaster of a relationship left her feeling confused. His need for control was masked by “a twisted sense of loyalty.” She writes, “Being immersed in that situation for so long, I began to question my own competence and distrust my own opinions, and my physical and mental health deteriorated to a point that caused friends and family to intervene.”

The National Coalition Against Domestic Violence states that domestic violence includes “physical violence, sexual violence, psychological violence, and emotional abuse.” Mayberry—like so many other people—admits that she thought she couldn’t be a victim because she hasn’t experienced “real” violence. “How did I get myself into this situation?” she asks. “I am a smart person. I have always identified as a feminist, and I make good choices in most other areas of my life.” As Mayberry and the CDC say, though, “there is no typical victim.”

After “several failed attempts,” Mayberry ended it for good. Read her full essay by subscribing to Lenny. Perhaps it will inspire you, too, in the way her lyrics do. Bury it and rise above, and leave a trace.

If you or someone you know is in an abusive relationship, these places are here to help: