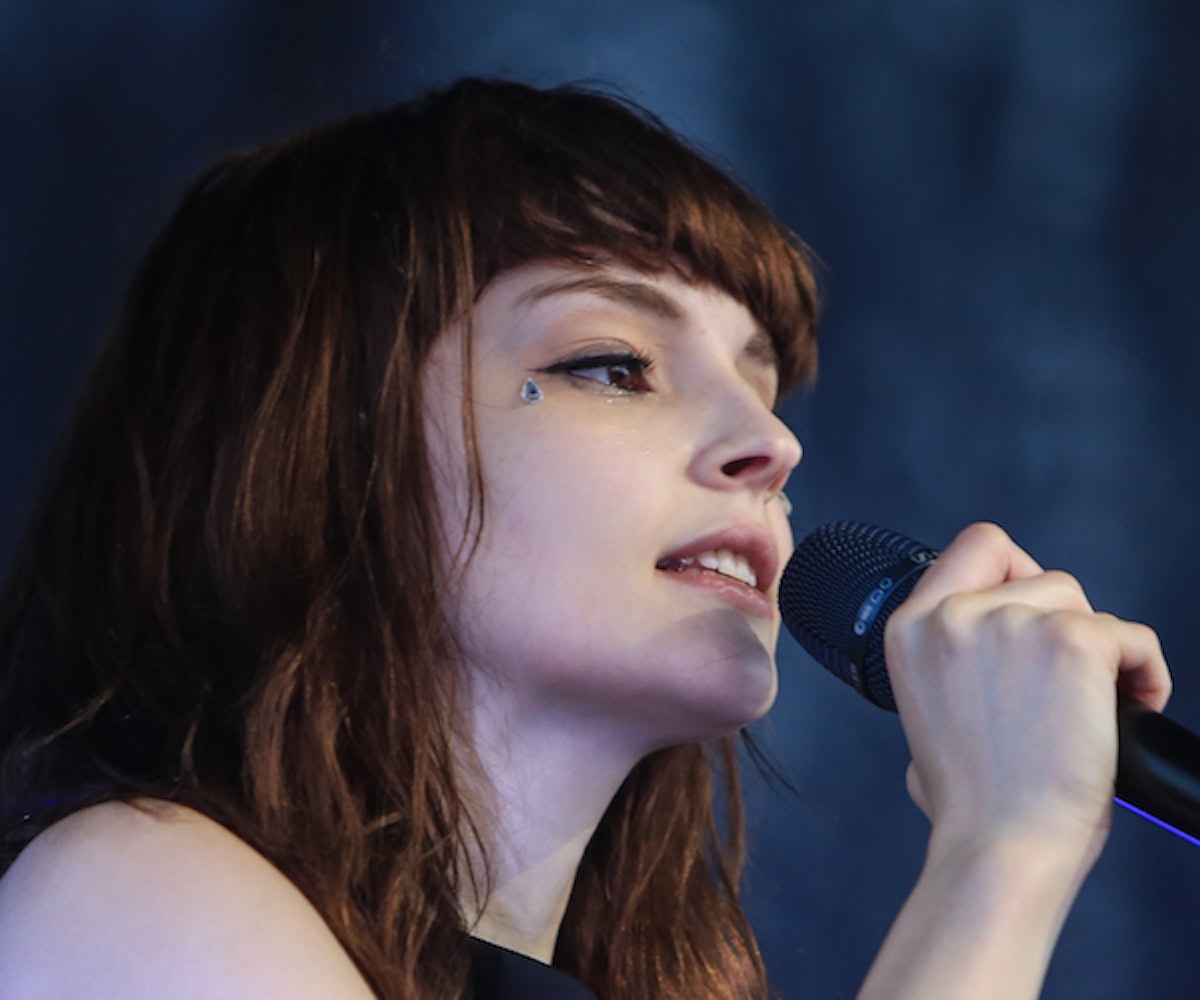 The ever-vocal Lauren Mayberry is speaking out about the online sexism and harassment she's faced. While talking to The Guardian, the CHVRCHES singer revealed she's harassed so often, she needs to take breaks from being online.

Writer Kate Mossman notes that the latter incident, which happened recently, is the reason why Mayberry is currently not online. And it's not the first time Mayberry has faced internet trolls—at one point early in CHVRCHES career, she even received rape threats. “This isn’t rape culture," the article notes that one person wrote then. "You’ll know rape culture when I’m raping you, b****.”

In addition to her personal experiences, Mayberry opened up about the #MeToo movement in the music industry. “The film world feels like a smaller world than music,” she said. “And it’s unionized in a way that music isn’t, and everyone knows each other—actors will be going up for the same jobs. In music, everyone’s working on their own separate projects. Who’s the person you complain to?"

“I don’t want to sound negative here but I don’t know any lady that was surprised by #MeToo," she added. "But I do feel that if you’re lucky enough to already be successful in the industry, you must put your money where your mouth is. If you continue to work with certain directors, or certain producers, then you’re saying a thing, but not being the thing. You can’t turn around and make money from exactly the same system that’s oppressing everybody else.”

You can read the profile in full, here.

NEXT UP
Beauty
Isamaya Beauty’s New Lipstick Was Designed To “Celebrate The Male Form”
Beauty
Bella Hadid’s Clip-less Updo Is Going Viral On TikTok
Entertainment
Muni Long On The Grammys, Burnout & Not Worrying About The Labels
Fashion
Jenna Ortega Is The Face Of Adidas’ Newest Line
Style + Culture, delivered straight to your inbox.