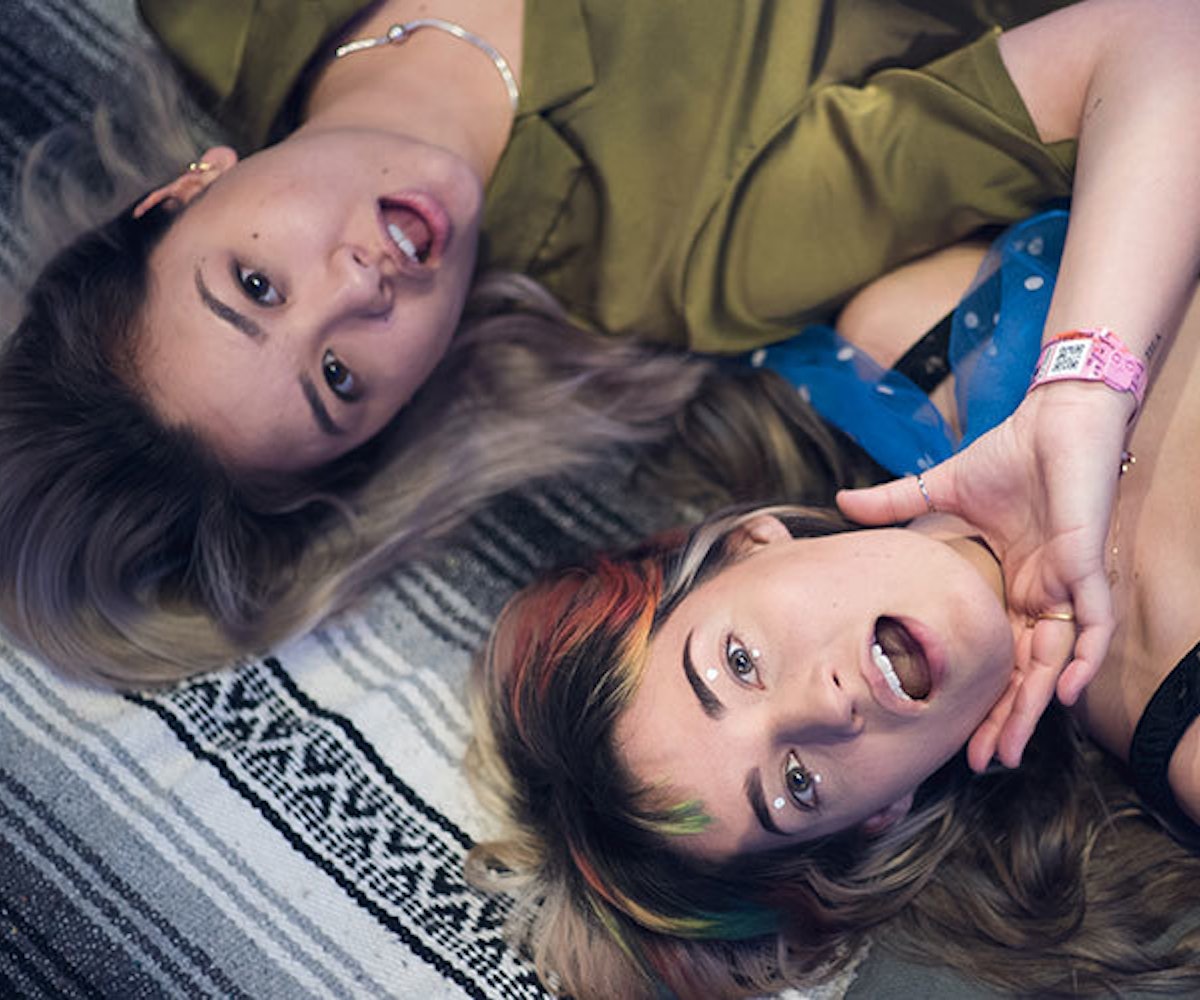 Though remarkably more commercial than ever before, South By Southwest has retained its spirit thanks to the music portion of the conference, which still pulls in artists from across the world, both new and established, for a few days of live shows and a hell of a lot of discovery.

Lauren Ruth Ward is one of those artists making the festival sing. Hot off the heels of her debut album, Well, Hell, she and her band took Austin by storm. Something about their free-spirited vibe just feels right at home in the city's DIY atmosphere. Here, Ward takes us inside that whirlwind world. Even in between all the madness of press and showcases, the crew managed to keep those creative juices flowing with a jam session. It's probably too much to ask for new material just yet, but who knows! Ward and her band are true artists, bent on honest work shared in an honest way.

After we picked up our passes at the Austin Convention Center, we had some fun in the artists' lounge.

India Pascucci and me

Unpacking some vinyl and t-shirts for our Austin fans!

Our first official show with Paradigm Nashville at Palm Door on Sixth.

Fan love! This one's from our show at Stubb's opening for Keith Urban.

Getting treated like royalty at our TOMS show, thanks to our GIRLSCHOOL fam.

Dean Passarella and all those decisions, decisions...

Writing my new friend, Ryan Page, a love note on her vinyl.

Jam sessions back at Dara's parents' house. Our BFFs parents hosted, cooked and drove us everywhere! I also want to extend a HUGE thanks to Gibson Guitars for the supplies.