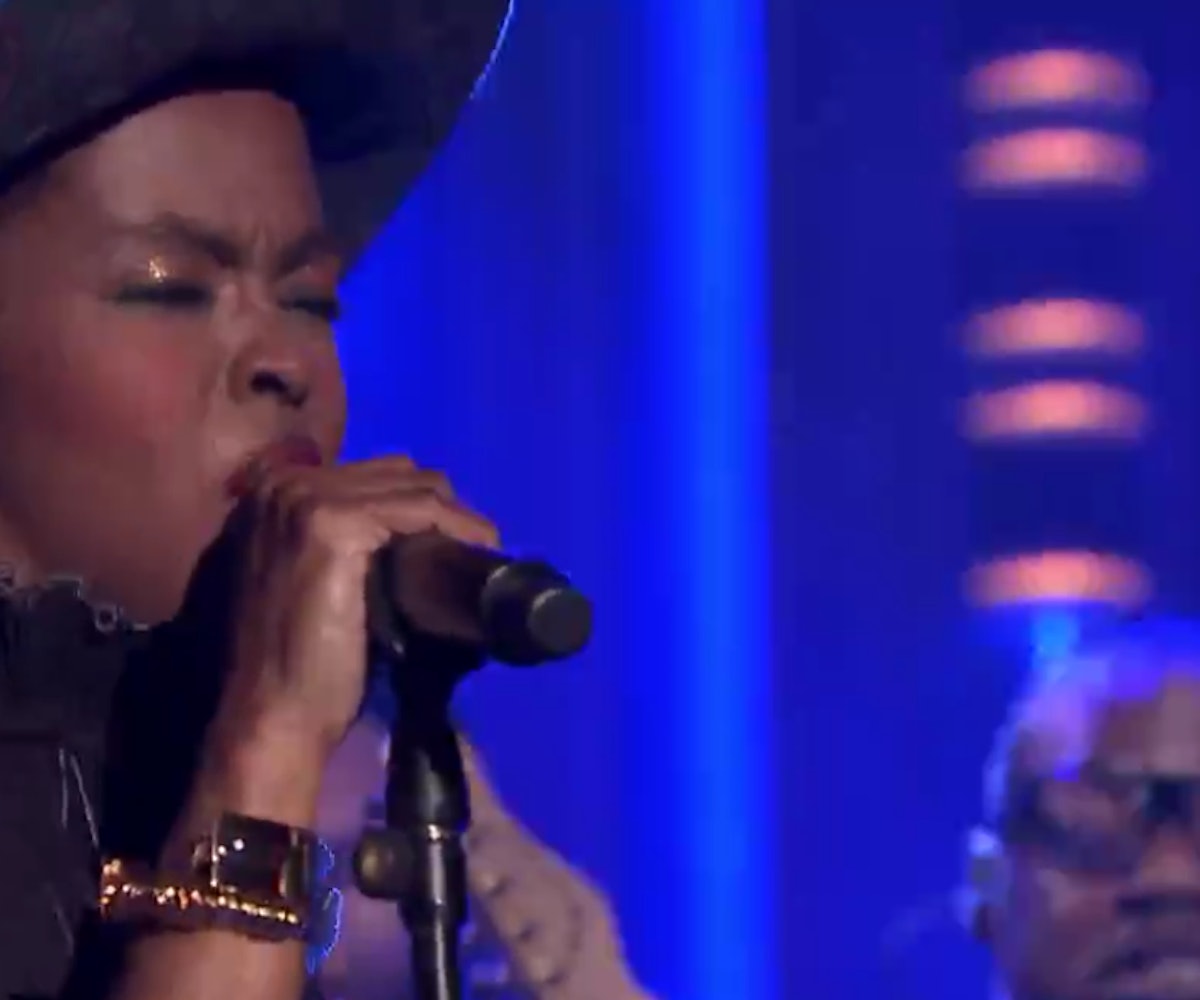 If you haven’t watched the Netflix documentary, What Happened, Miss Simone?, get on it. It’s a probing portrait of one of the 20th century’s most important and mercurial artists. Another misunderstood, prodigously talented singer who might get her own documentary one day is Lauryn Hill, who, as luck would have it, showed up on The Tonight Show to perform her magnificent cover of Nina Simone’s “Feeling Good.”

You’ll recall that Hill recently recorded six covers from the legendary blues singer’s catalogue for the tribute album Nina Revisited: A Tribute To Nina Simone. And while they’re all pretty remarkable, “Feeling Good” is easily the standout. And guess what? It’s even better live. Watch it above.