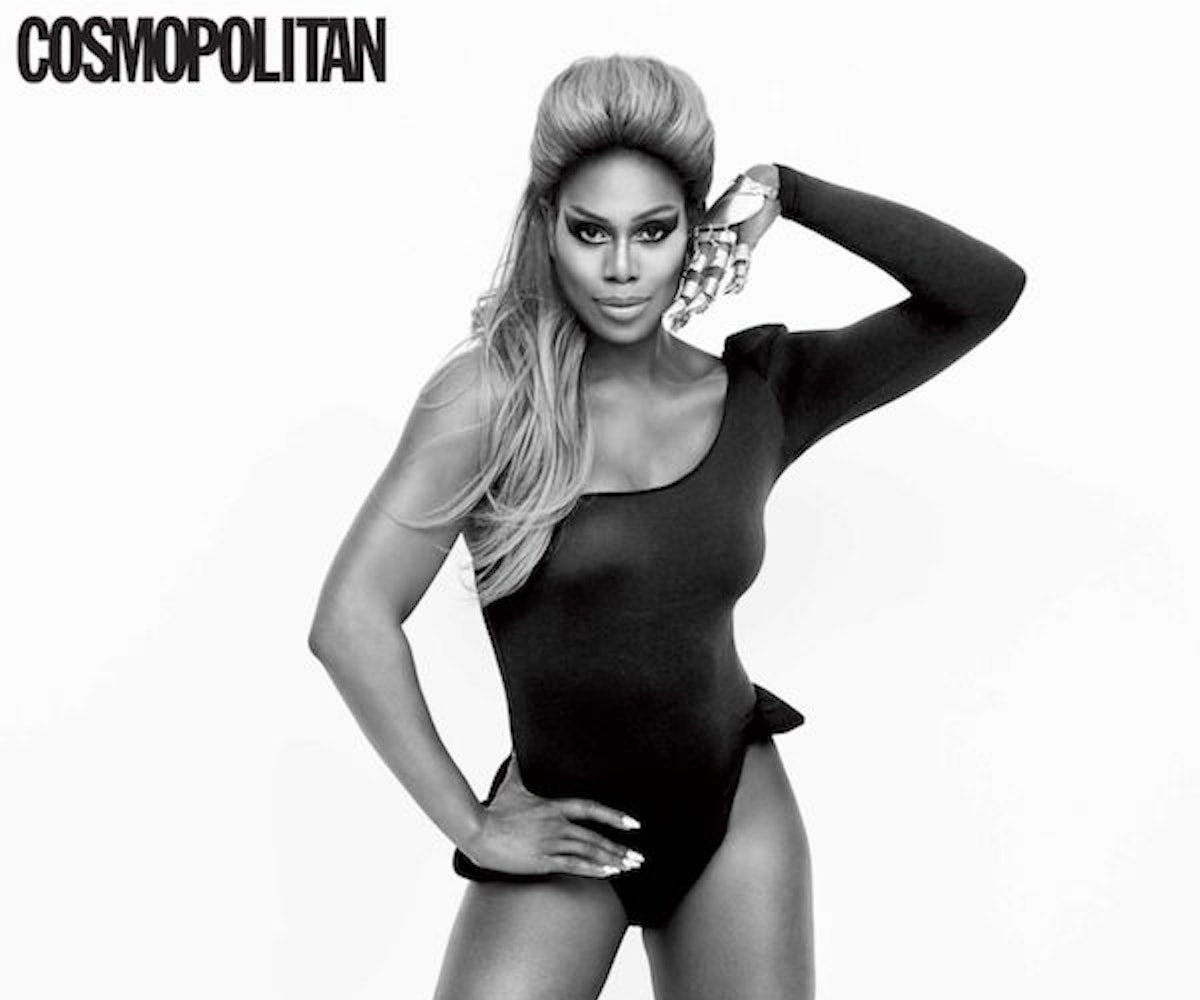 Laverne Cox, continuing to be nothing but the best human being on earth, recently played tribute to her all-time favorite iconic black women in a new shoot for Cosmopolitan. Clad in signature looks from Tina Turner, Beyoncé, Tracey Africa, Janet Jackson, Josephine Baker, and Leontyne Price, Cox also went over why these women have meant so much to her and how they've had a impact on the world and popular culture at large.

For Tina Turner, Cox donned the singer's signature wild mane, jean jacket, and legs for days, looking ready to belt out "Proud Mary." On her decision to portray Turner, Cox said "The pain, pleasure, and agony of all she's been through is in her voice. Her story is the story of so many black women who've endured abuse and come out the other side in such a brilliant, beautiful way," and also, "Tina inspires me because of her ferocity on stage and her incredible voice that carries residence, power and beauty in every note. She is simultaneously sexy and utterly empowered. She is truly one of the architects of rock 'n' roll."

Cox then got to live out everyone's dream of being Beyoncé in "Single Ladies," wearing a one-shouldered leotard, metal glove, and fierce, smokey eyes even Queen Bey would be envious of. While Beyoncé continues to be one of the most important and iconic black women of our generation, for Cox she's been a mentor in how to get shit done, saying "Beyoncé represents excellence. Her work ethic is like nobody else I've ever seen. There were so many moments when I was shooting Rocky Horror, and I'd be exhausted. My body would be hurting, and I'd be like, 'Beyoncé. Beyoncé does this.' You have to just put in the work."

Finally, Cox spoke on chosing to portray Tracey Africa, a woman many might not be familiar with, but may be surprised to learn was a pioneer in transgendered modeling and paved the way for Cox to be herself. Cox says, "She was a black trans woman who modeled in the '70s, and had cosmetics deals and a hair contract with Clairol—it was a big deal. People think, 'Oh, this trans revolution is just starting,' but we've been around for a very long time. It's important to know that there's been a path blazed for me."

In addition to how important it is to see powerful, important black women celebrated in mainstream media, it's also amazing to see how much it meant to Cox to literally step into their shoes. In a behind-the-scenes video of the photoshoot, Cox glows with love and adoration for each woman she portrays, radiating a sincere appreciation for the people who helped lay groundwork before her. Also, she just seemed to have the best time—and we might just be a little bit jealous. Can we borrow that metal glove for a bit?

Check the video below and check out Cosmopolitan.com for more pictures from the shoot.

(Via Oh No They Didn't, Cosmopolitan)