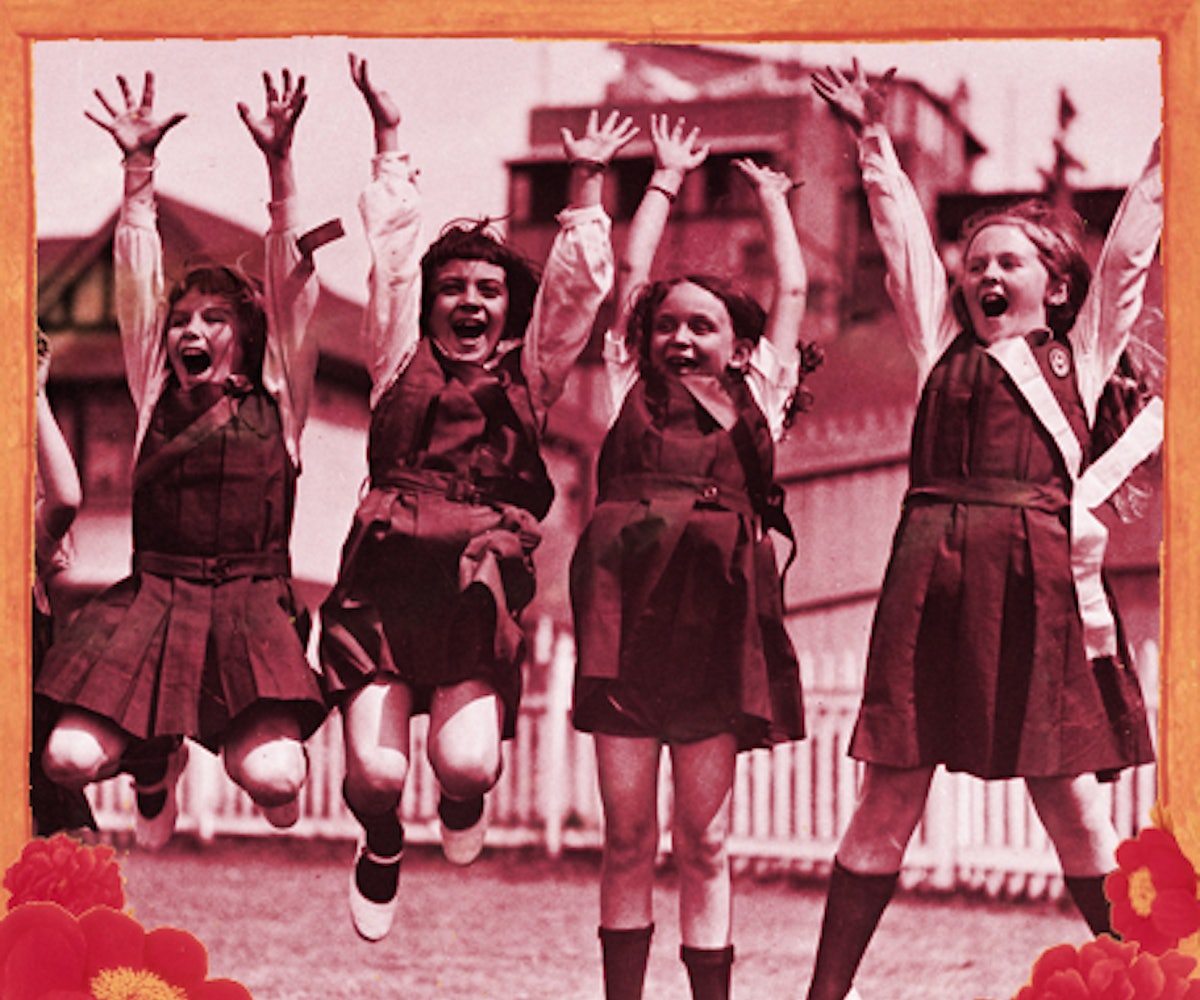 Today, February 29, is Leap Day. Occurring every four years, this extra day of February is mostly just a weird calendar kink to make the days of the month line up with the Earth’s actual orbit. (As if we need another day in February, the most depressing month of the year, but that’s another story.) Leap Day is also apparently a time for women to propose to men; as though the rarity of February 29th is equivalent with the anomaly of heterosexual couples swapping gender roles and women taking the lead in locking down an engagement; as though masculinity so fragile that it’s only acceptable to do such a thing on a designated day—one that doesn’t even happen every year.

Obviously, when you stop to think about it, Leap Day proposals are antiquated. It’s 2016! Women don’t need a holiday to give them permission to get what’s theirs. And yet, strangely, this tradition seems to be maintained by pop culture and wedding blogs alike: Sites like The Knot run articles about how exactly one should propose to a man, The Huffington Post rounds up a list of women who have proposed to their husbands (it’s only eight—yikes), and entire movies are dedicated to the concept (I actually didn’t see the Amy Adams rom-com Leap Year, but it looks mad annoying).

Some light digging around the Internet, to find the origin of Leap Day proposals, reveals that the main point of the tradition is thus: If a woman asks a man to marry her on a Leap Day, he “can’t” say no. According to Bustle, in 1288, Queen Margaret of Scotland enacted a law that required men who turned down a Leap Day proposal to pay a fine (though the article notes that the timing of this is off, in that Queen Margaret died at seven years old). There might also be some religious origin to it—the same article says that maybe there was a fifth-century saint who requested such an occasion. Regardless of who started this thing and when, the idea stuck.

Fast-forward to today. It’s more than a little disturbing to think about the fact that the culturally constructed gender roles, that tell us men need to be trapped into marriage by women, are still around. And if you think about it, the whole notion of proposals in general—one partner asking the other one to marry them, as though it hasn’t been an ongoing conversation—reflects a power imbalance that doesn’t exactly line up with contemporary ideas of a healthy relationship. But limit that power dynamic to a male/female divide, and giving women one day every four years to move outside of that dynamic only reinforces it, upholding it by providing a carefully defined exception.

So what’s a feminist millennial who thinks critically about love and marriage to do? Well, the obvious answer is to not let anyone tell you when you can and can’t propose to your person—whether it’s in an Amy Adams movie or something a saint maybe said in the fifth century. But taking it a step further, it’s a good moment to examine the entire concept of proposals in general. Yeah, it’s romantic. Hell yes, rings are pretty. But when you commit to marrying someone, it’s a decision that both people involved need to make—it’s not up to one person to decide when it’s time to ask, it’s up to both people to decide when the right time to take that step is. Maybe that time will land on a Leap Day. Maybe it’ll be a conversation that happens over the course of six months. But let’s all agree on one thing: If a woman is asking a man to marry her on a day that traditionally dictates he’s supposed to say yes, surely there is a bigger issue here.