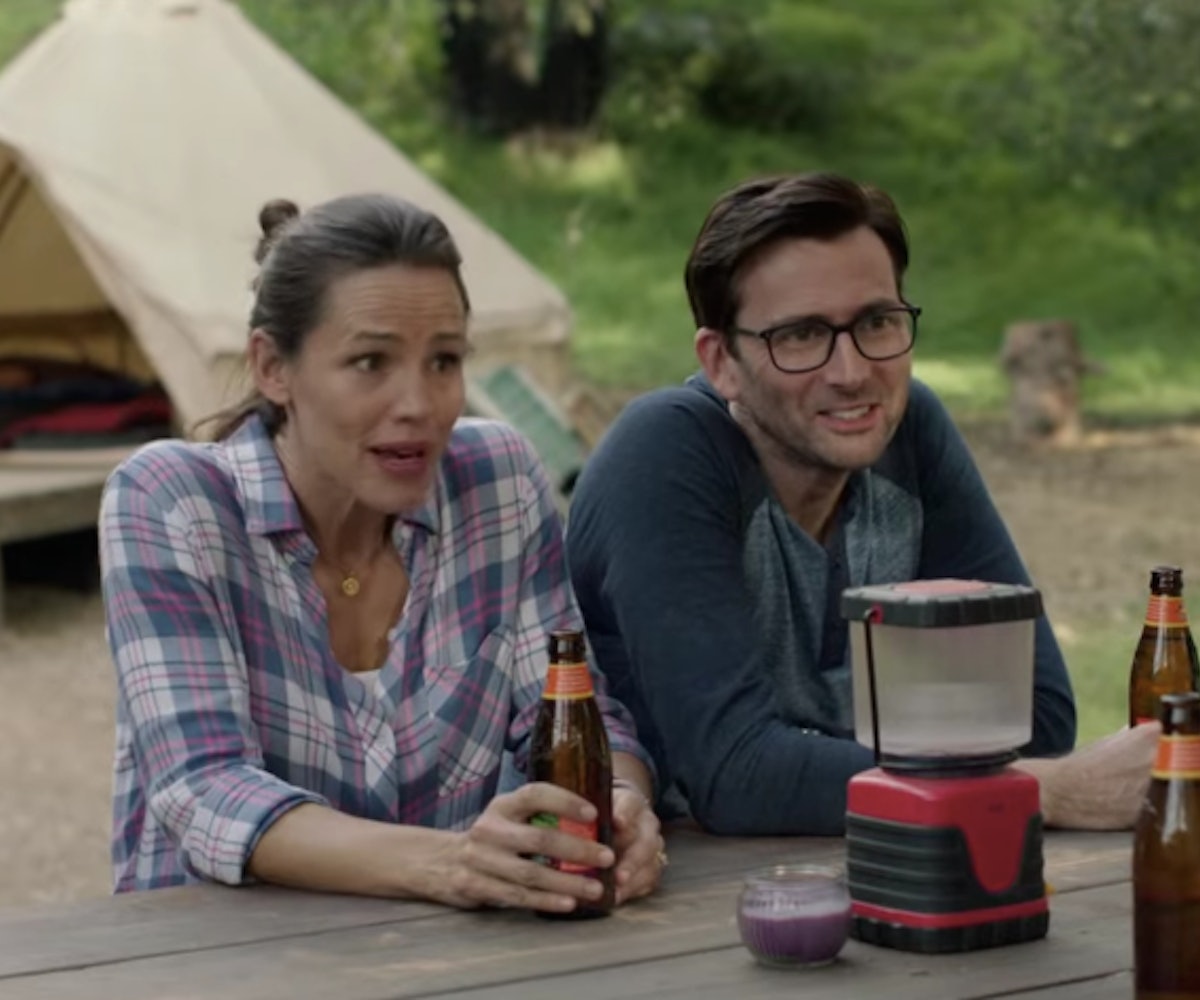 Lena Dunham announced her return to HBO with a teaser of her upcoming project. Her new series, called Camping, is based on a British TV show of the same name and stars David Tennant and Jennifer Garner as a married couple on a camping trip.

Garner plays Kathryn, who has planned the vacation for her husband, Walt, for his 45th birthday. She’s invited old and new friends—some of whom seem more like acquaintances. Her sister and Walt’s brother and sister-in-law are also along for the ride and seem much more confident in the success of the vacation than she does. In fact, she is convinced that the trip is doomed to fail and "not be fun at all"; the 45-second teaser exudes the pent-up stress and worry she’s feeling about the trip. Other familiar faces such as Bridget Everett, Juliette Lewis, and Arturo Del Puerto are spotted on the camping grounds, making sure that the trip is as hectic as Kathryn worried it would be.

Dunham wrote the series with Jenni Konner, who also directed the show’s pilot. Dunham and Konner have been long-standing writing partners, having written Girls together, before announcing their professional separation earlier this week.

Camping premiers on HBO on October 14. Watch the teaser trailer for the series, below.