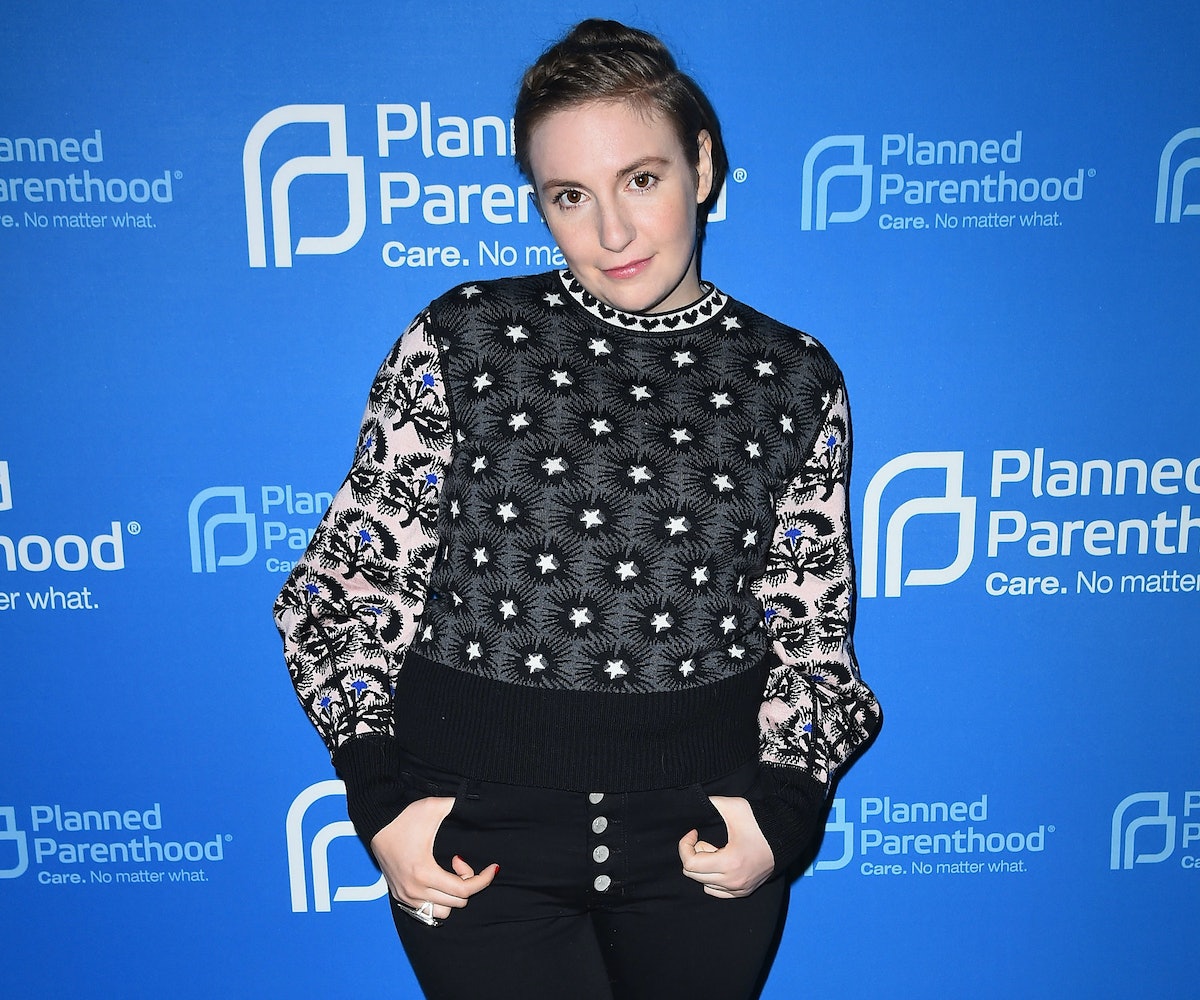 Over time, we always had a feeling that Lena Dunham would say that enough is enough and stop talking to the press altogether. After one too many controversies covered by the media, we were certain that at some point she would get so fed up that she'd dismiss this part of the industry in one clean chop. (You know, kind of like Miley Cyrus when she said that she was cutting red carpets out of her life.) So when Dunham announced a few hours ago that she wouldn't be doing press anymore, we thought we knew the reason why. But we were wrong—so wrong.

In a personal post on Instagram, Dunham revealed that she has been diagnosed with endometriosis. (In case you weren't informed in health class, endometriosis is "a disorder in which tissue that normally lines the uterus grows outside the uterus.") Not too long ago, Halsey also opened up about how she's been dealing with the painful disorder in what she called an "emo moment."

Dunham explained that the chronic condition affects approximately 1 in 10 women's reproductive health, and that she's taking time out of the public eye to rest so that she can "make season 6 of Girls the best one yet." Read Dunham's entire confession in the IG post, below.

NEXT UP
Entertainment
Andrew Scott Is Happy To Follow A Woman’s Lead
Entertainment
Paramore's "This Is Why" & 9 Other New Songs Out This Week
Entertainment
Lindsay Lohan Teases Her Return To Film, 'Falling For Christmas'
Entertainment
Arctic Monkeys Announced A Huge 2023 North American Tour