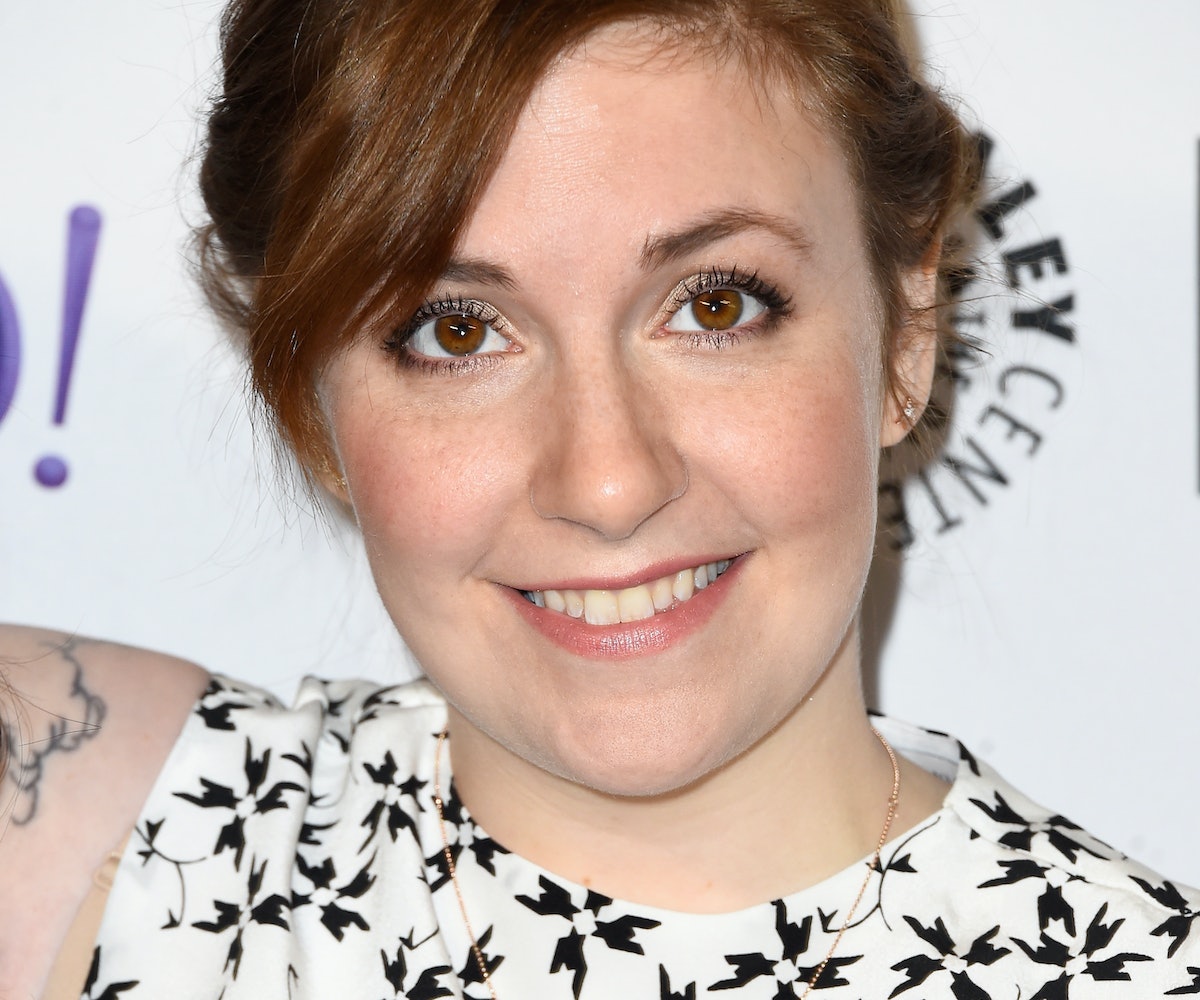 When Lena Dunham writes something, people notice, and once again her words have landed her in hot water. In a controversial new quiz that appears in the latest issue of The New Yorker, Dunham wondered if readers could see which remarks she made to her dog or to her Jewish boyfriend, fun's Jack Antonoff, by rattling off a series of sterotypes like "he doesn't tip," "he has hair all over his body," and "he never brings his wallet anywhere."

The piece ignited a firestorm on social media, with many Twitter users accusing the Girls star of anti-semitism. Dunham, whose mother is Jewish, also drew the ire of the Anti-Defamation League, who criticized Dunham's piece, as well as The New Yorker's decision to print it. "Some will certainly find Lena Dunham’s stereotypes about cheap Jews offensive. Others will take issue with the very idea of comparing a dog and a Jewish boyfriend," said the ADL's national director Abraham H. Foxman. "While we understand that humor is its own special brand of expression ... we wish that she had chosen another, less insensitive way to publicly reflect on her boyfriend's virtues and vices," Foxman added.

One of the hallmarks of modern judaism has always been a tendency towards self-deprecation, and Jewish comedians have played on stereotypes as a source of humor for generations, which The New Yorker editor David Remnick acknowledged in an official statement.

"The Jewish-comic tradition is rich with the mockery of, and playing with, stereotypes. Anyone who has ever heard Lenny Bruce or Larry David or Sarah Silverman or who has read 'Portnoy's Complaint' knows that. Lena Dunham, who is Jewish and hugely talented, is a comic voice working in that vein. Richard Pryor and Chris Rock do the same about black stereotypes; Amy Schumer does it with women and gender. I don't mind if one reader or another didn't find the piece funny. People can differ on that. But considering all the real hatred and tragedy in the world, the people getting exercised about the so-called anti-Semitism of this comic piece, like those who railed at Philip Roth a generation or two ago, are, with respect, howling in the wrong direction."