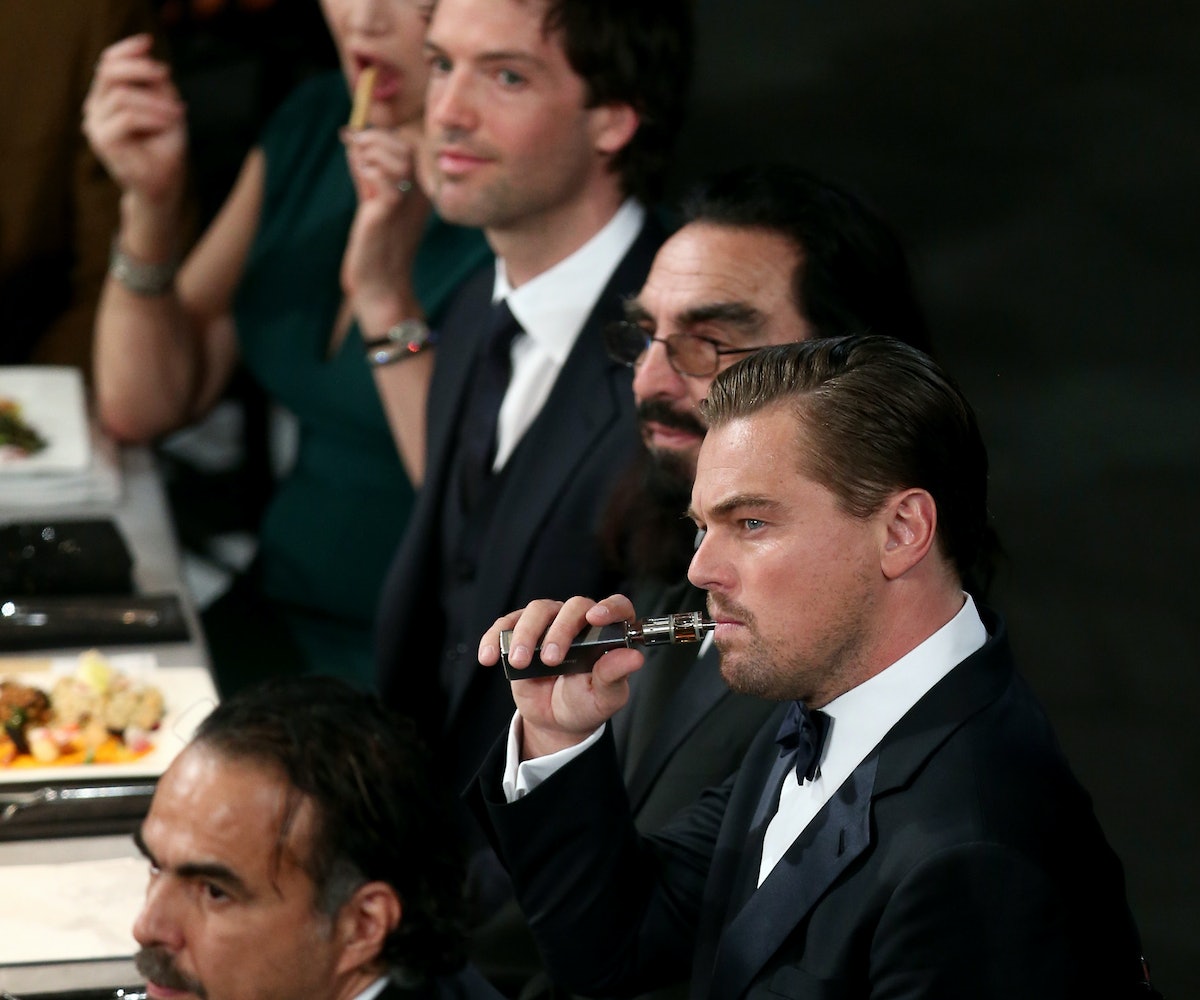 Leonardo DiCaprio is having one of the most eventful awards seasons in recent memory. After his encounter with Lady Gaga at the Golden Globes nearly broke the Internet, Leo has once again incited mass hysteria online after another WTF moment during a live televised broadcast. Saturday's SAG Awards were the latest stop on The Revenant star's march to his inevitable Oscar, and while Leo waited patiently to receive his award, he did something never before seen in the annals of Hollywood award shows.

The camera caught Leo pulling from a vape pen mid-ceremony, as though he was surrounded by Tobey Maguire, Lukas Haas, and a bevy of models on a yacht in St. Barths. Instead, he was seated in between Alejandro Iñárritu and Kate Winslet, but that didn't stop Leo from giving no "you-know-whats" whatsoever.

Twitter of course, reacted appropriately. Once again, it's really fun being Leonardo DiCaprio.