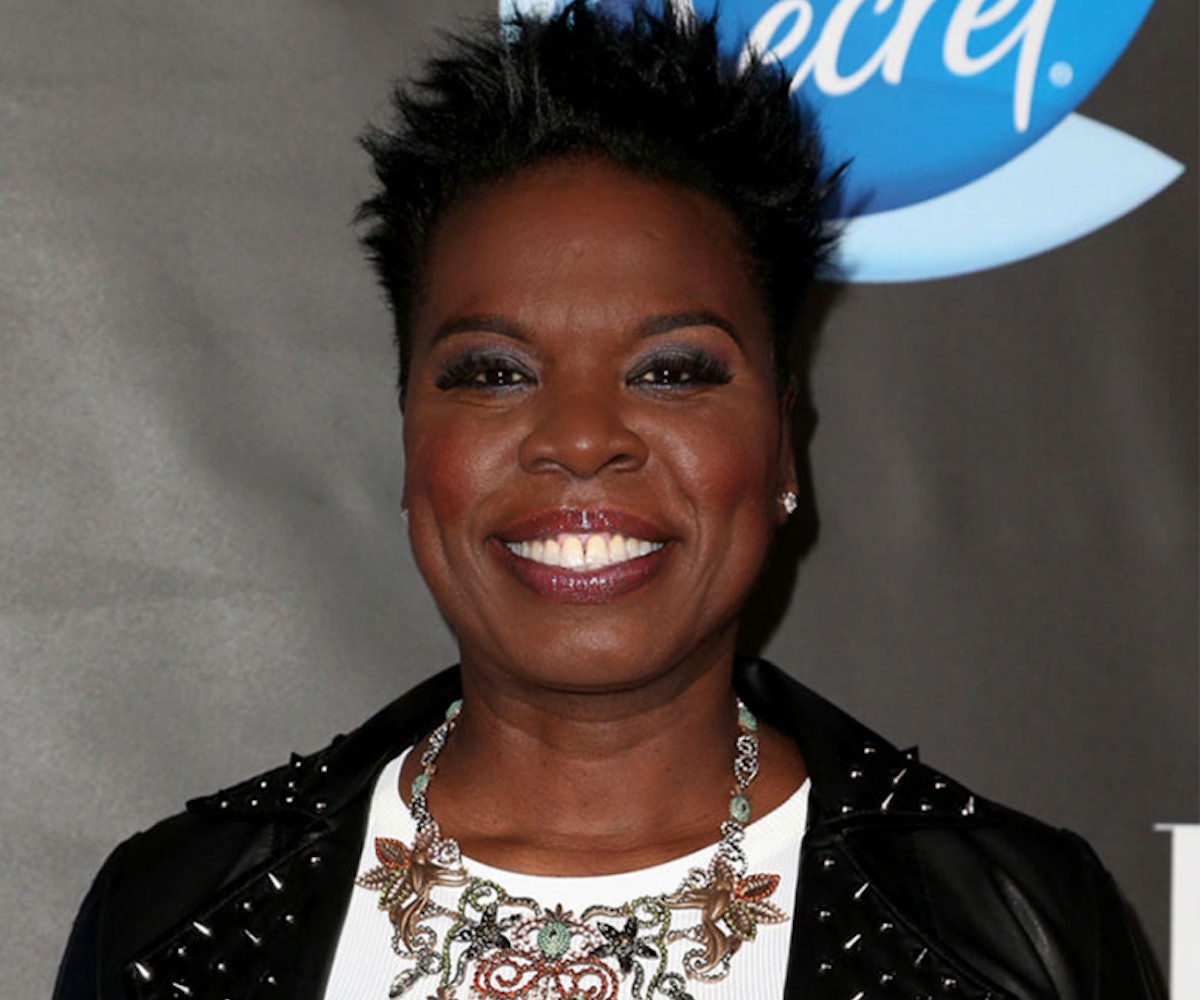 Update 7/21/16 5:15pm: Our long (2 day) national social media nightmare is over because Leslie Jones is back on Twitter. We're sure it's at least in part because Twitter permanently banned her trolling tormentor, Milo Yiannopoulos, but Jones claims she felt like she had to return since nobody else could live tweet Game of Thrones quite like she could. Whatever the reason, welcome back!

Update 7/19/16 2:45pm: Following an onslaught of hateful tweets yesterday, Leslie Jones announced that she was leaving the social media platform with "tears and a very sad heart." Not only was Jones subject to racist and sexist words and imagery, but one anonymous Twitter user also created images of fake tweets by Jones in order to slander the actress. While Jones's Twitter exit is perhaps a predictable outcome—and certainly an understandable response from Jones, who should not have to spend one more second on a site that had turned into "a personal hell"—it should serve as a reminder that not only do we all need to demand better from institutions that claim to have methods in place to protect victims of harassment, but also that we need to remain vigilant and expose and combat the horrific abuse that women of color face every day, sometimes for the perceived offence of simply existing.

Try not to be too surprised, but it turns out that parts of the internet are quagmires of racist and sexist vitriol. Need proof? Check out what Ghostbusters star Leslie Jones is dealing with right now on Twitter, where she's been bombarded with messages and images all trafficking in the most disturbing and disheartening racist garbage imaginable, all because she dared to appear in a movie whose audience finds the existence of ghosts more realistic than that of powerful women, particularly women of color.

As a social media platform, Twitter is prized for its immediacy and for the ease with which users can communicate with (or attempt to, anyway) a variety of people, including politicians, musicians, and movie stars. It is, in a sense, the most democratic of websites; you don't need to be friends with someone to say hi, you just need to @ them. But as we've all come to learn more and more these days (particularly with the advent of the Donald Trump presidential candidacy), democracy has its issues—namely that some voices don't actually deserve to be heard as much as others because some voices are dangerous. In fact, some voices are racist, misogynistic, and flat-out abusive.

And so, just like in our electoral process, Twitter's openness has lent itself to all sorts of abuse, most notably during times like Gamergate, when women were harassed, threatened with death, and even forced to relocate from their homes in favor of an undisclosed location. Beyond extreme situations like Gamergate, though, the fact is that many Twitter users, particularly POC and women, deal with gross mistreatment on a daily basis, and often have little or no recourse beyond blocking their Twitter abusers and trying not to look at their mentions too much. (Twitter does give users the ability to report abuse, but their standards for what constitutes abuse can be... strange.)

So what is an aggravated Twitter user faced with a flood of abuse to do? Well, definitely look to Jones, who has spent this afternoon fighting back against all the racist and sexist tweets she's been bombarded with on Twitter ever since she had the audacity to, you know, appear in a movie. Jones, who is also a cast member on Saturday Night Live, decided that rather than block the Twitter accounts who were showering her with abuse, she would instead retweet some of the most disgusting things that were flooding her timeline, so that all of her 117,000 followers could see what it's like to be a famous black woman on the internet.

And make no mistake about it, what it's like is scary—like, the kind of scary that makes you never want to leave your house or engage with anyone in the world because what the hell world, why are you full of so many sick people? It's terrifying. And yet, awful as it is to see what Jones has to deal with, it's also incredibly important to bear witness to what it is that she's addressing in order to better understand the enormous difficulties that people—particularly women of color—face not only on the internet every day but also in their regular lives. It's all too easy to pretend things like this don't exist or that we're protected from them in some way because we aren't the ones personally being attacked, but Jones' bravery to call out her Twitter abusers and bring what could be a private problem into the public eye is an example of how important it is for us all to recognize racially motivated garbage, identify it as such, and set it on fire.