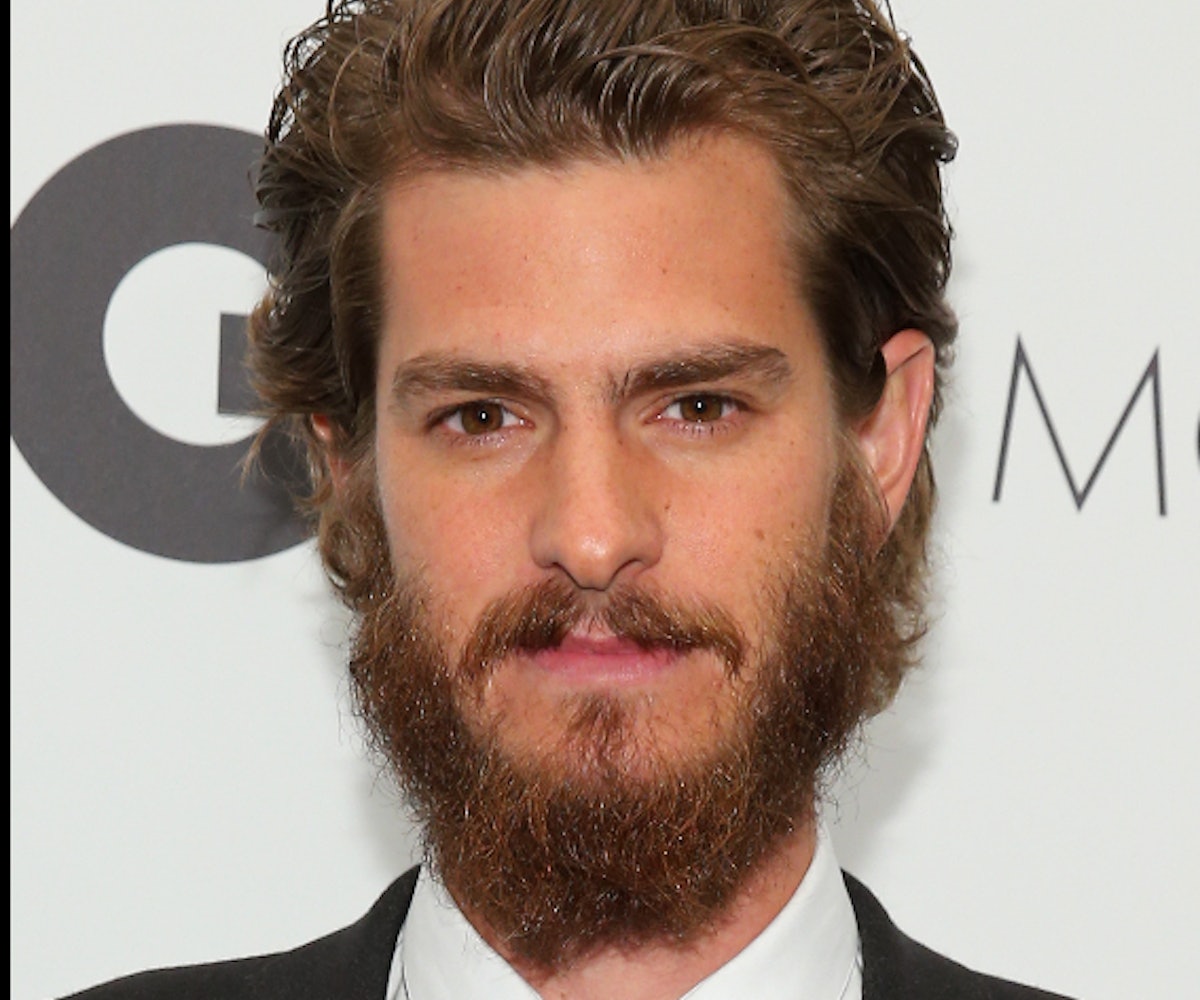 Andrew Garfield has been very clear with his views on celebrity culture. In 2012, he told a tireless paparazzo that he didn’t want to “pimp out” his personal life just so that the photog could get a clear shot of him and his girlfriend, Emma Stone. That takes a lot of integrity, and I really respect that. I respect it so much that I’m going to disregard his wishes entirely and talk about how cute his beard is.

The Amazing Spider-Man star’s facial hair, which he grew for a role as a priest in Martin Scorsese’s religious saga, Silence, is classic yet contemporary. It’s as if he’s walking through life with some daguerrotype-equivalent Instagram filter permanently on, and for that I give him four stars and seven thumbs up..

If I wasn’t so sure that “lumbersexual” was a buzzword cooked up by a couple of bored style writers to fill their October trendpiece quota, I’d say that Andrew’s beard makes him look totally lumbersexual. It has an air of retro masculinity without being oppressively patriarchal — a delightful trapping of manhood in a gender-deconstructing world..

But, the beard also serves a practical function; as winter sets in, Garfield can rest assured that his neck, chin, jaw and mouth areas will remain warm and frostbite-free all season long. That should be reason enough to emulate the 31-year-old actor’s whiskers, but. But unfortunately, not all men can..

The sherpa fleece-lined bandana (fleece + bandana = “flandana”) provides warmth and comfort without hijacking your entire look (like some infinity scarves I know)..

Beau and Haley Wollens’ creation is available at VFILES’ online store in a variety of paisley-patterned shades. There’s even one with an owl’s head printed on it crafted in collaboration with Drake’s OVO label. And Aubrey’s not even the flandana’s only celebrity co-sign. Ever heard of Rihanna? Good. It would be weird if you hadn’t. She’s very famous and has also worn the winter accessory..

If you’re looking to get your Garfield on with something a little more on the nose (er, face?), there are pages and pages and pages of hand-knit “beard hats” on Etsy. Though if you don’t think you can commit to one of those headpieces for the next 12-15 weeks of your life, I don’t think anyone would blame you..

NEXT UP
Entertainment
Andrew Scott Is Happy To Follow A Woman’s Lead
Life
Your October 2022 Horoscope Brings The Party — And The Drama
Life
On The List (With Melissa Rich): The Highs & Lows Of Solo Partying
Life
44 RIDICULOUSLY USEFUL THINGS UNDER $25 AMAZON REVIEWERS SAY THEY CAN'T LIVE WITHOUT