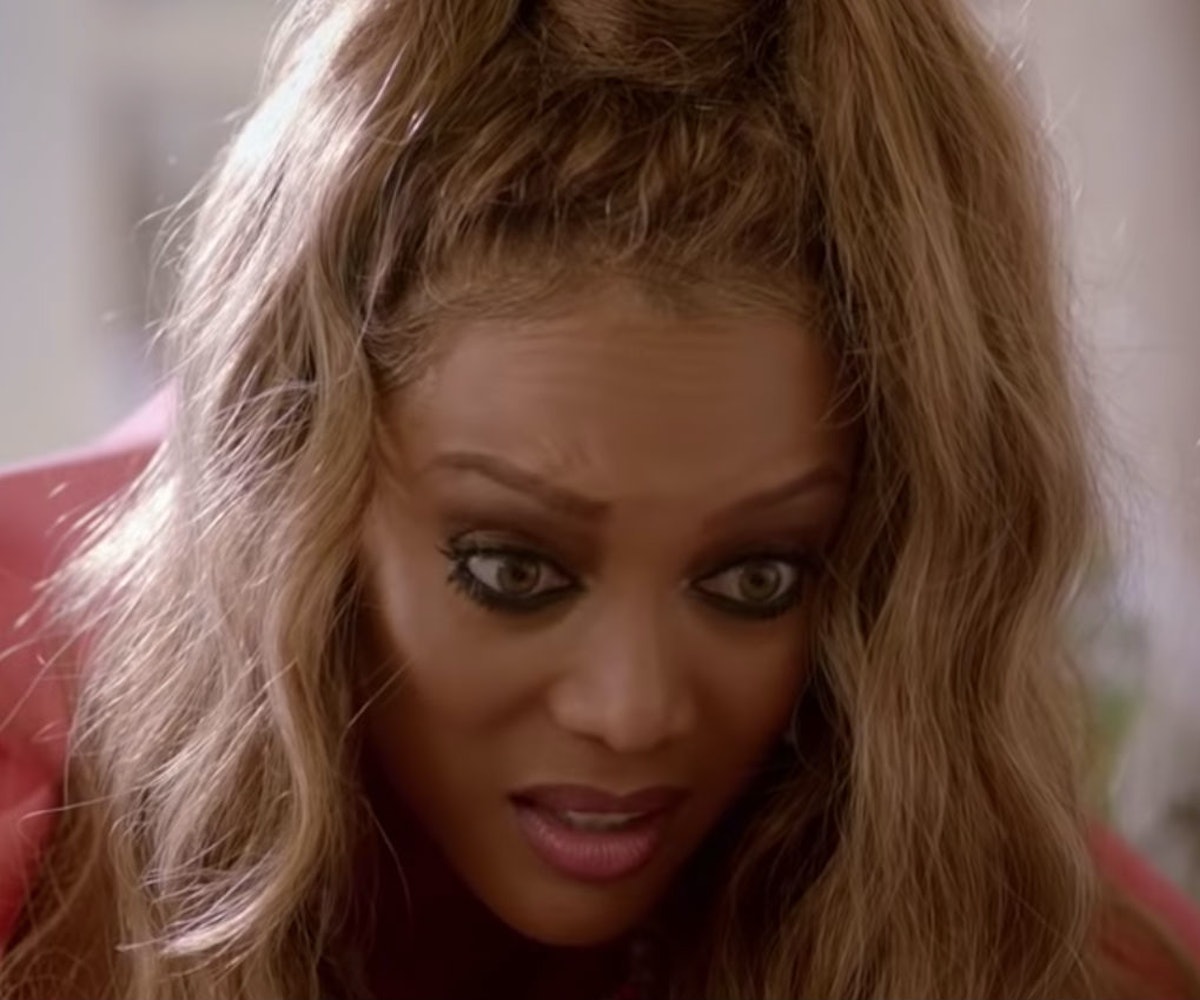 Life-Size 2 finally has a trailer, and it's just as magical as you'd hope. It's only 15 seconds, but that's long enough to see Eve (Tyra Banks) be brought back to life for a second adventure.

Lindsay Lohan is nowhere to be found in this sequel. Grown-ish actress Francia Raisa is now Banks' co-star, who Banks referred to as "magnificently fierce" upon announcing the film. Raisa plays Grace Manning, a high-power toy company executive that needs Eve's guidance to stop her quarter-life crisis from spinning out of control.

In the quick trailer, we see Manning and an unnamed companion snipping the hair from the Eve doll, chanting "zomba, tarka, ishtu, nebarim," before cutting to Banks as Eve in human form. "It's me, Eve," Banks says—as if they wouldn't recognize the doll they'd enlisted dark magic to bring to life. In a flash, the trailer is over. The rest is left to be seen upon the movie's release, as part of Freeform's "25 Days of Christmas" marathon on December 2.

Check out the trailer, below, and head over to Entertainment Weeklyfor a first look at some stills from the movie.