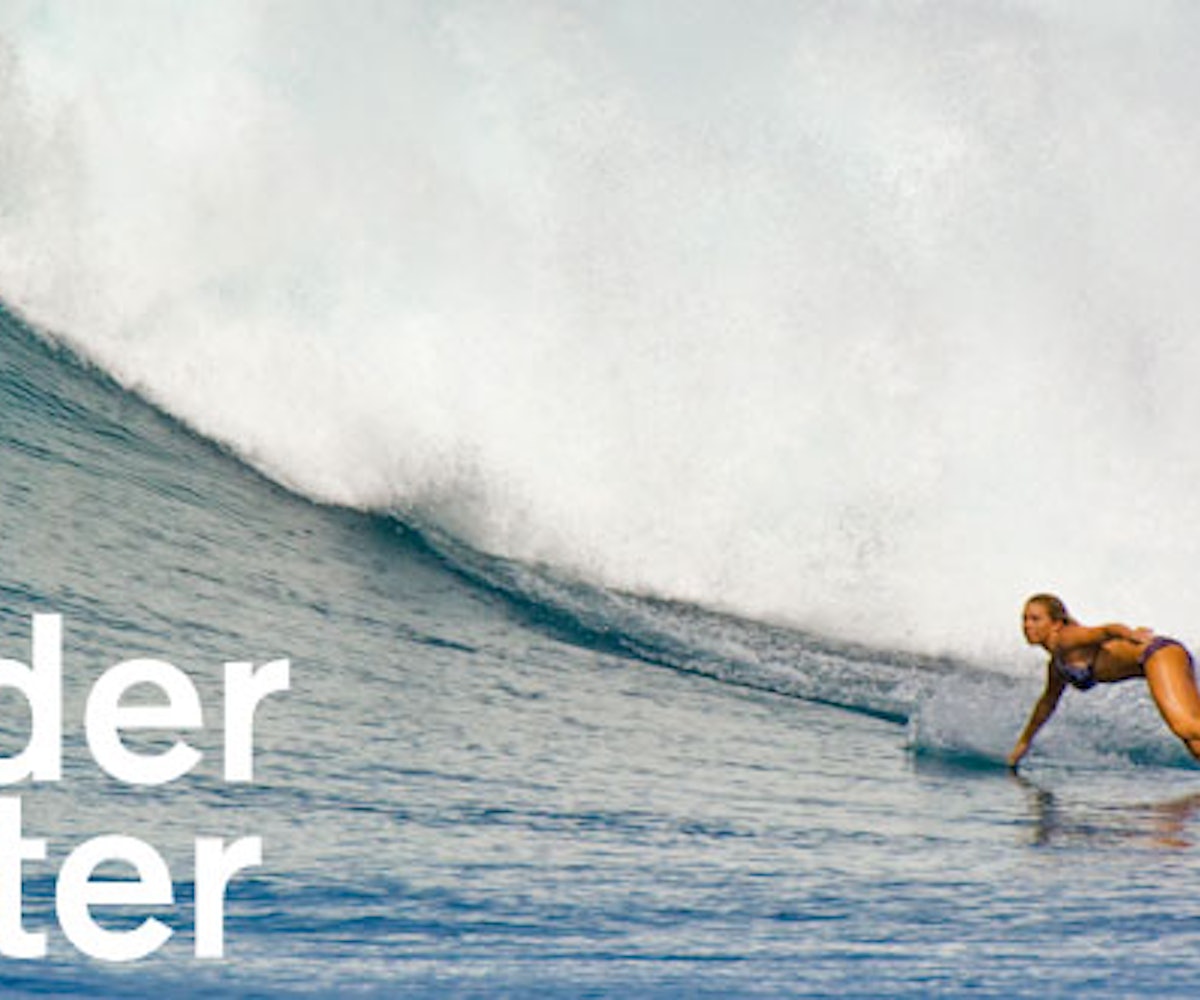 Just when we thought Kate Bosworth was the only It Girl with a surfboard, now there's six more.

In the new short film Leave a Message, we meet real girls Malia, Lakey, Monyca, Carissa, Laura, and Coco (who played Bosworth as a child in Blue Crush). The team showcases their skills in a half-hour montage of sun, splash and surf. Not only are the women painfully talented and ambitious, but they have interesting back-stories, too. (We don't like to choose favorites, but we may be obsessed with Lakey after learning her grandfather invented the Egg McMuffin – take that, Gretchen Wieners!)

Aside from footage of the athletes catching serious waves - and one even more serious head injury - the film has a soundtrack featuring Bloc Party and Le Tigre. Good music, cool girls, and by the way, the movie's free and you can stream it on your computer anytime you want – no wonder we think this is a must-see.