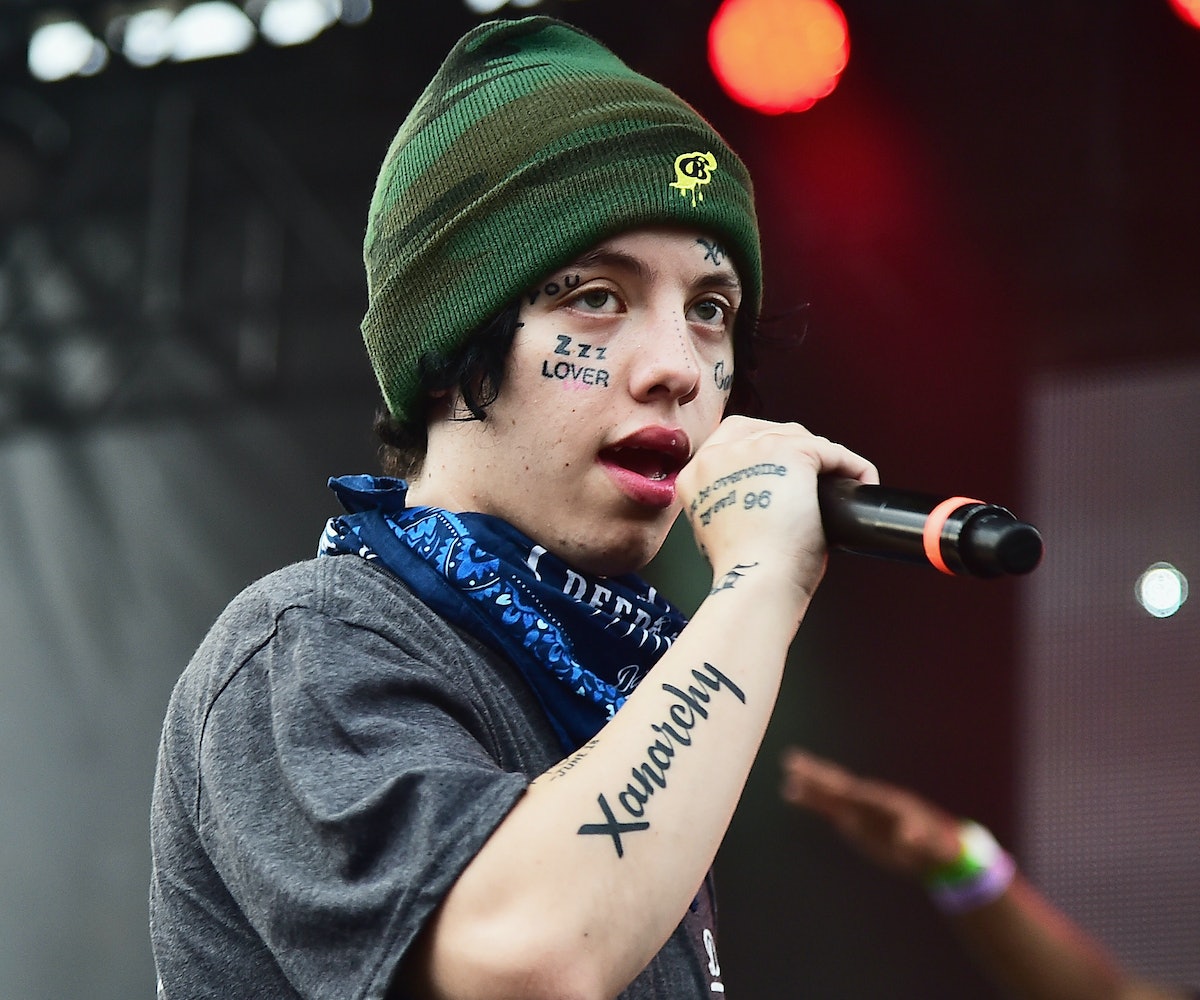 Lil Xan screamed the N-word during a rant in an Indianapolis mall food court, and it was all caught on video. He's apparently fully recovered from his Hot-Cheeto-induced hospitalization and back to his BS. TMZ shared a clip of the rant, alleging that he was yelling at a customer after ordering Taco Bell. Classy! A voice can be heard threatening to call the cops, but, in the video, law enforcement never shows up.

As expected, Twitter is calling him out on his racist behavior.

We probably shouldn't be surprised that this is coming from the same dude who humiliated Noah Cyrus by claiming to have only dated her because his record label set it up, only one day after he created a big social media mess surrounding a fake Charlie Puth nude. Still, this is gross.