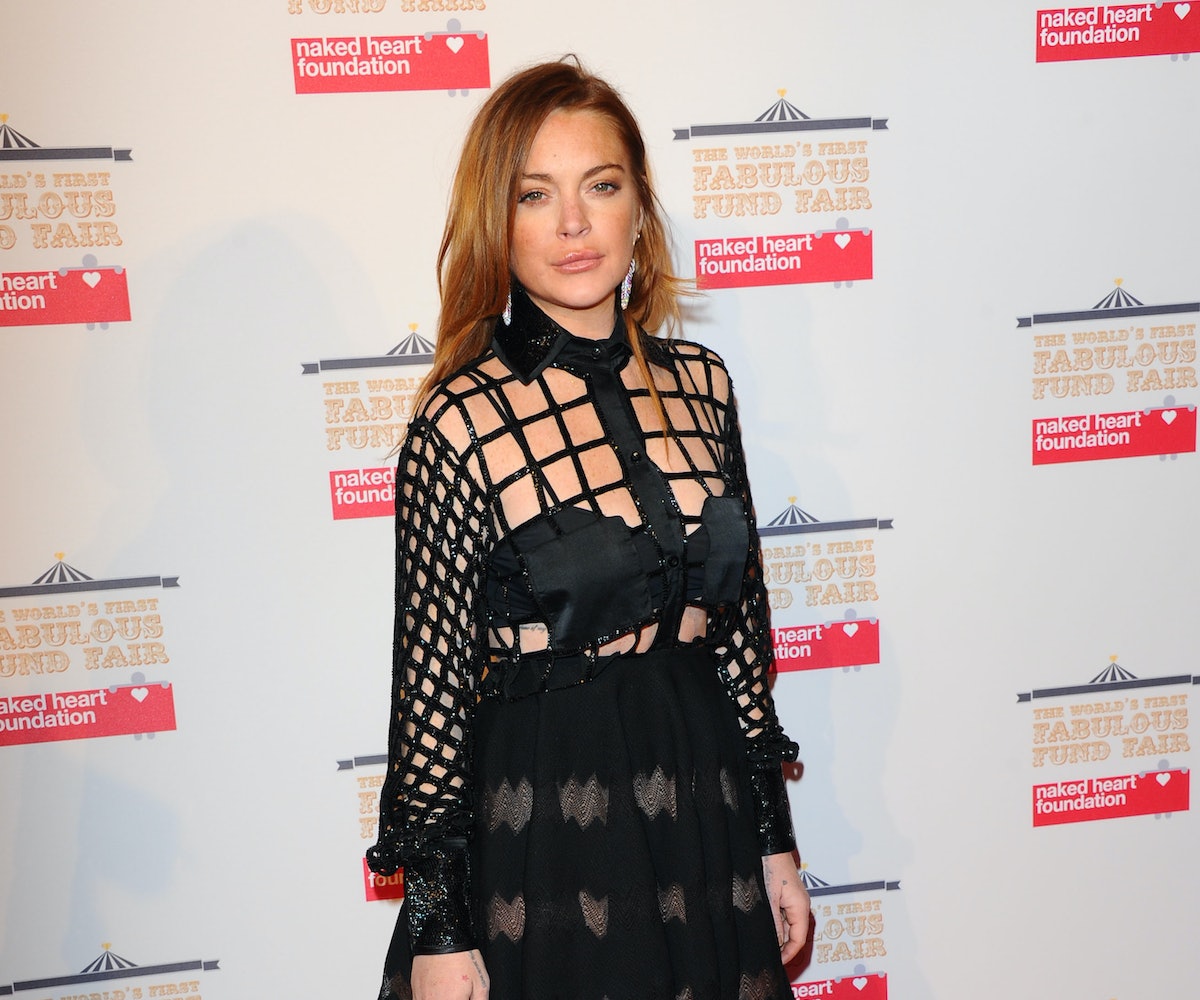 For much of her life, Lindsay Lohan's every move has been documented by the rapacious media and a similarly scandal-starved public. Trips to rehab, stints in jail, days spent doing community service, nights out with this person or that, walks to and from clubs and waiting cars, cigarettes smoked on exposed balconies—there's been almost nothing that Lindsay Lohan has done since she was a teenager to which we haven't all borne witness. Until, that is, Lohan was physically assaulted—in public, and on camera—by her then-fiancé, Egor Tarabasov, while the two were vacationing in Greece earlier this month.

In a video first released on August, Tarabasov and Lohan can be seen fighting. She throws his phone out of their car; he goes running for it; she gets to it first; he grabs her and twists her arm back and out until he gets the phone. It's short—under a minute. The action happens fast; the actual physical contact, the amount of time Tarabasov has his hands on Lohan is brief—mercifully so. But the impact is real. Stills from the video reveal the force with which Tarabasov grabbed Lohan; the bottom of her dress was yanked up, the top twisted to the side, much of her bare body revealed. It is possible to see a look of pain on her face, as Lohan screams, "Ow ow ow." Tarabasov retrieves his phone; Lohan jumps back into the car. And that's all we see.

Following the release of this video, Lohan called off her engagement to Tarabasov and did an interview the next day with the Daily Mail, in which she said, "I realize now you can't stay in a relationship just for love. No woman can be hit and stay with that person if that person isn't prepared to say sorry."

But while the news of Lohan's assault was reported, there was little of the widespread documentation that has accompanied seemingly everything else that Lohan has done in the last decade or so. There were no essays about the pervasiveness of domestic violence, no think pieces grappling with the problems women face when they try to leave abusive relationships. Rather, the only coverage of the issue, besides the scantily reported pieces, are articles wondering why it is that Lohan's abuse hasn't been chronicled or those determining that Lohan doesn't get attention paid to because she is not "the perfect victim."

On The Frisky, Bronwyn Isaac writes that the media has silenced itself and the public has remained distant because Lohan does not fit the idea of what we want when it comes to a victim of domestic violence; Isaac writes, "the silence around Lohan only further confirms the fact that public discourse around abuse desperately needs to escape the binary of 'evil person hurts perfect person,' so we can deal with the painful realities and not put victims on trial." Lohan herself has fallen prey to the notion that because she is, in her own words, "not an angel," she is culpable for the actions taken against her, thus making her responsible for her own abuse.

The reality is, though, domestic violence strikes indiscriminately; approximately 1 in 4 women will experience severe violence at the hands of a partner, meaning more than 38 million women in the U.S. alone have felt its effects. The only people who benefit from our collective desire to deny the victim's experience are the abusers themselves. When we—the public, the media—choose to be silent about a victim's experience, we only marginalize those millions of victims who have no easy recourse when seeking to leave their abuser or find help. By reinforcing the idea that there is a right or wrong way to be a victim, by denying that Lohan is a person deserving of our attention simply because she is an imperfect human, we only strengthen the systemic injustices which result in rapists like Brock Turner getting slap-on-the-wrist jail sentences or Chris Brown being welcomed with open arms back into the music industry.

Paying attention to what happened to Lohan is not the same as celebrating her actions or reducing the situation between her and Tarabasov into something compatible with how we like to view the world, i.e. in black and white, good versus evil. Paying attention to what happened to Lohan is the only way we can guarantee that all victims of domestic violence will not be silenced. Victims of violence need to feel that when something happens to them, the world will want to know about it—and not because they're flawless angels, but because they're people, and they deserve better than to be hurt.