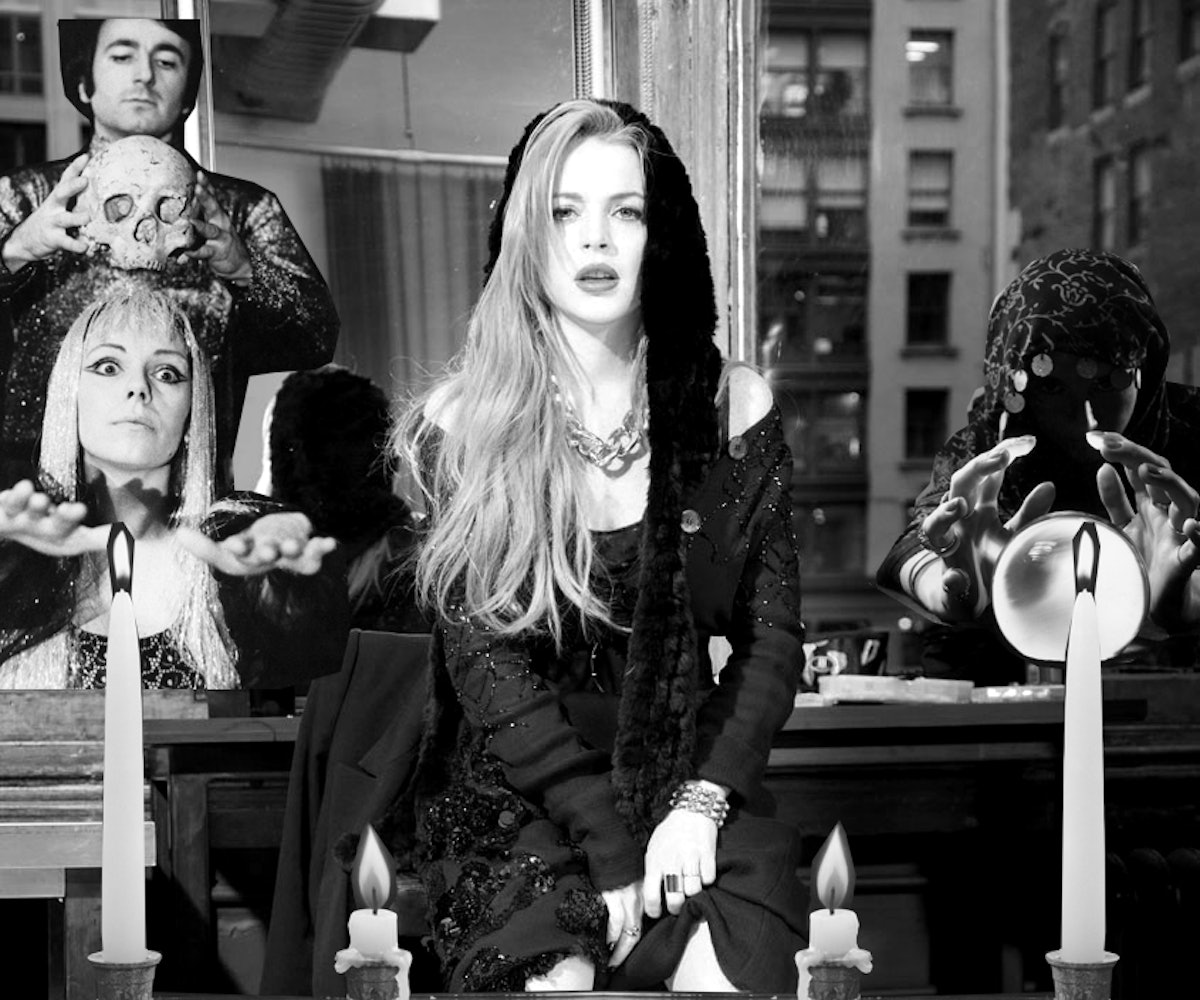 Okay, keep in mind that the source for this amazing piece of "news" is The National Enquirer, so they probably received their tip from a small, mewling kitten, but Lindsay Lohan wants to get into witchcraft, y'all. And that is something we can definitely get behind. In order to keep herself grounded and positive, apparently LiLo "...loves the idea of taking control of her destiny and wants to be able to do spells, make potions and read tarot and angel cards.” (Note: This writer is pretty darn witchy as it is, and had to Google "angel cards" and the top hit had to do with Victoria's Secret. So, there's that.) The occult and its symbols have a long history, and Wiccan is the religion of between .1-.5% of Americans, but, hey, when has Hollywood ever treated religion as a fad?

Either way, getting in touch with your energies and getting generally spooky with it is something we have always supported. Too bad it seems that Lindsay has had problems with those who commune with the other world in the past. Here's hoping her path as a "white which" proves to be more peaceful and that she channels the inner goddess within us all. Hey, Lindsay, our coven is your coven, and if you ever want tips on how to channel your inner witchiness, we've got you covered.

NEXT UP
Entertainment
Paul Mescal & Emily Watson On The Quiet Depth Of 'God's Creatures'
Entertainment
On ‘Cool It Down,’ A Spitfire Band Matures
Entertainment
A New Trailer Explores The Dark Side Of 'Barney'
Entertainment
Getting Ready With Pale Waves For Their 2022 New York City Concert