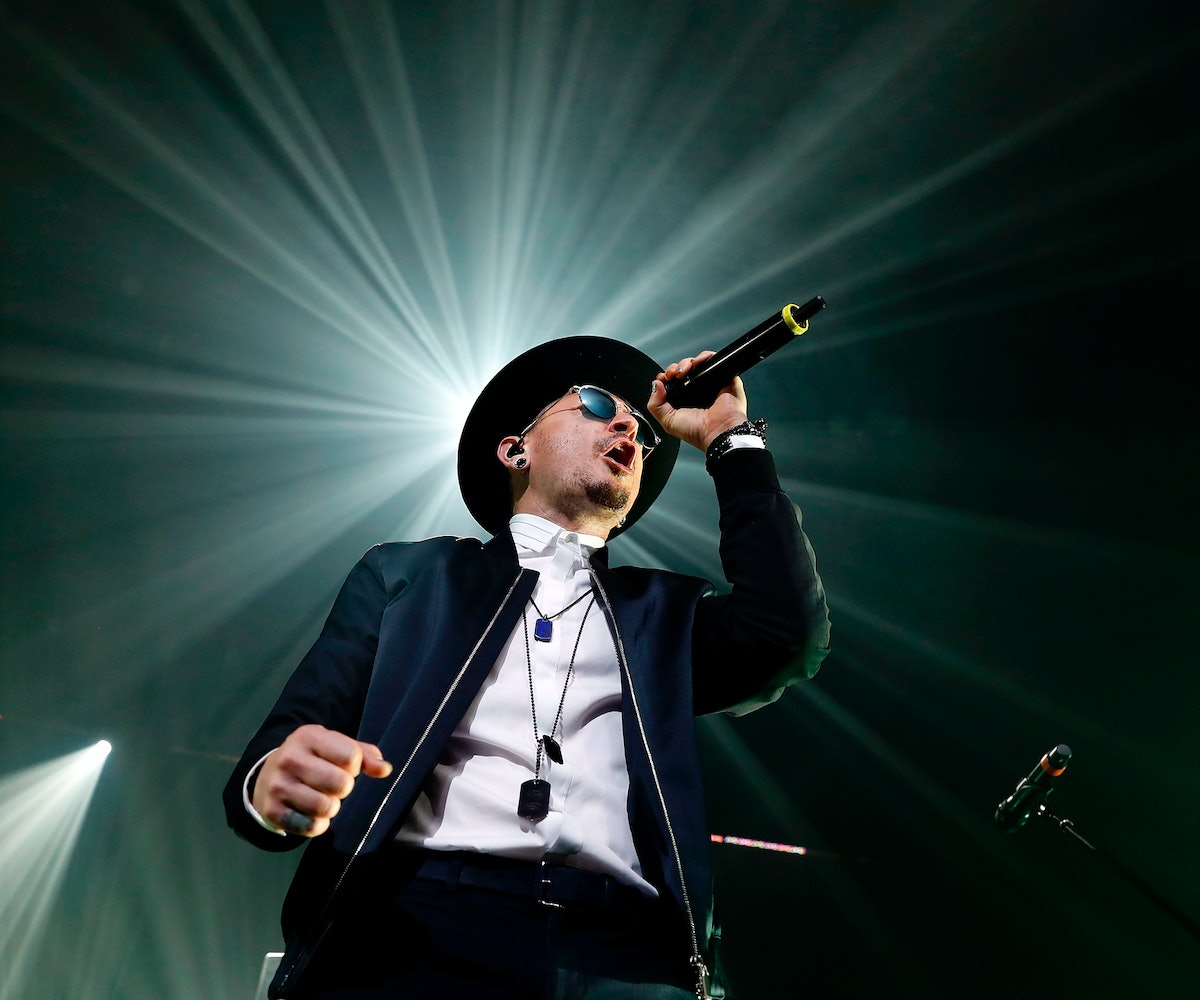 The music icon is said to have hanged himself in his Palos Verdes Estates home in Los Angeles, where police discovered his body. TMZ also reported that the singer was known to have struggled with alcohol and drugs over the years.

Bennington was close with fellow musician Chris Cornell, and shared an emotional letter on Twitter after hearing of the Soundgarden singer's death. Bennington also performed during Cornell's funeral service. Today would have been Cornell's 53rd birthday.

Linkin Park have sold over 70 million records and put out seven albums since their start in 2000. Their latest, One More Light, charted the Billboard Top 200 list. Best known for their innovative and experimental sound, their heavy-hitting singles including "What I've Done," "In The End," and "Numb/Encore" with Jay-Z, are regarded as some of the most influential rock songs of all time, the latter earning them a Grammy in 2006 for the Best Rap/Sung Collaboration. Linkin Park was also the first to band reach one billion hits on YouTube.

Bennington leaves behind his wife and six children.

If you or anyone you know is having suicidal thoughts, call the National Suicide Prevention Lifeline at 1-800-273-8255, or visit its website, here.