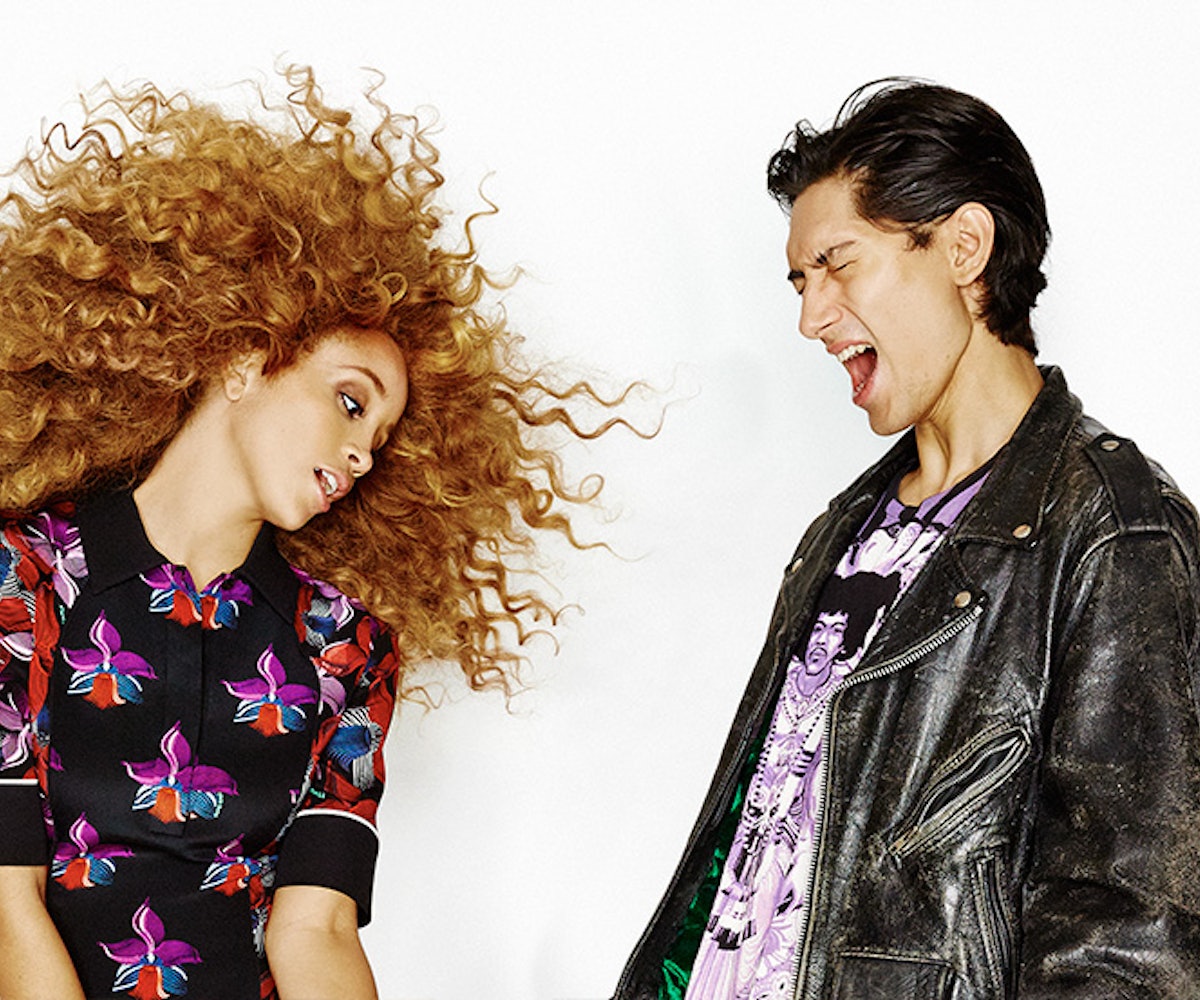 It’s a dreary, drizzly night in Manhattan, but spirits are high at the Fendi flagship, where guests are packed around a small stage for a concert in celebration of the brand’s new sunglass capsule collection with Thierry Lasry. All eyes are on the striking songstress in a black leotard and furry, floor-length coat, her voluminous blonde curls haloing her head as she twirls about, her bandmate jamming out on a keyboard beside her. A red LED sign behind them beams the words Lion Babe.

“It’s future soul,” says the singer, Jillian Hervey, a week later, when she’s traded her performance ensemble for a black tank top and high-waisted jeans. We’re seated before a large mirror in SoHo’s Neo Studios, as a makeup artist dabs her flawless skin with little-needed foundation for her NYLON shoot. She continues: “We do pull from the stuff we were introduced to by our parents, and a bunch of different genres, but the essence of it is what feels right to the soul.”

The “we” that Hervey refers to is the act collectively known as Lion Babe: herself and Lucas Goodman, the man behind the beats that, when paired with her sultry vocals, create the band’s signature reimagined ’70s sound. Before making their first single, 2012’s “Treat Me Like Fire,” Hervey and Goodman were mere acquaintances, but working on that fateful track cemented their shared musical destiny. “From the moment she first sang, I knew she had something to say. I really admired that,” says Goodman.

Both artists inherited a passion for music: While Goodman grew up listening to his dad’s CD collection, equal parts The Rolling Stones and A Tribe Called Quest, music lessons were required in Hervey’s family–an unsurprising mandate, given that her mother is singer, actress, and former Miss America Vanessa Williams. (“You had to play a musical instrument,” recalls Hervey. “I played the trumpet. And on top of that, I was in chorus.”)

But don’t expect Hervey to rest on the laurels of her mom’s career: She didn’t even reveal her musical aspirations to Williams until the “Treat Me Like Fire” video premiered. And Hervey is quick to deny any connection between Lion Babe’s sound and her mother’s, but she does credit Williams for an embarrassing introduction to one of the band’s major inspirations, Pharrell, after a Zumba class years ago. When Hervey and Goodman debuted their work, the super-producer was an instant fan, and went on to collaborate with them on “Wonder Woman,” the unapologetically feminist anthem that has heightened anticipation for the Lion Babe album. And the wait will surely be worth it. “We’re pioneering a generation,” she says, glancing over between applications of eyeliner. “It feels like we’re setting the tone for what’s about to come.”