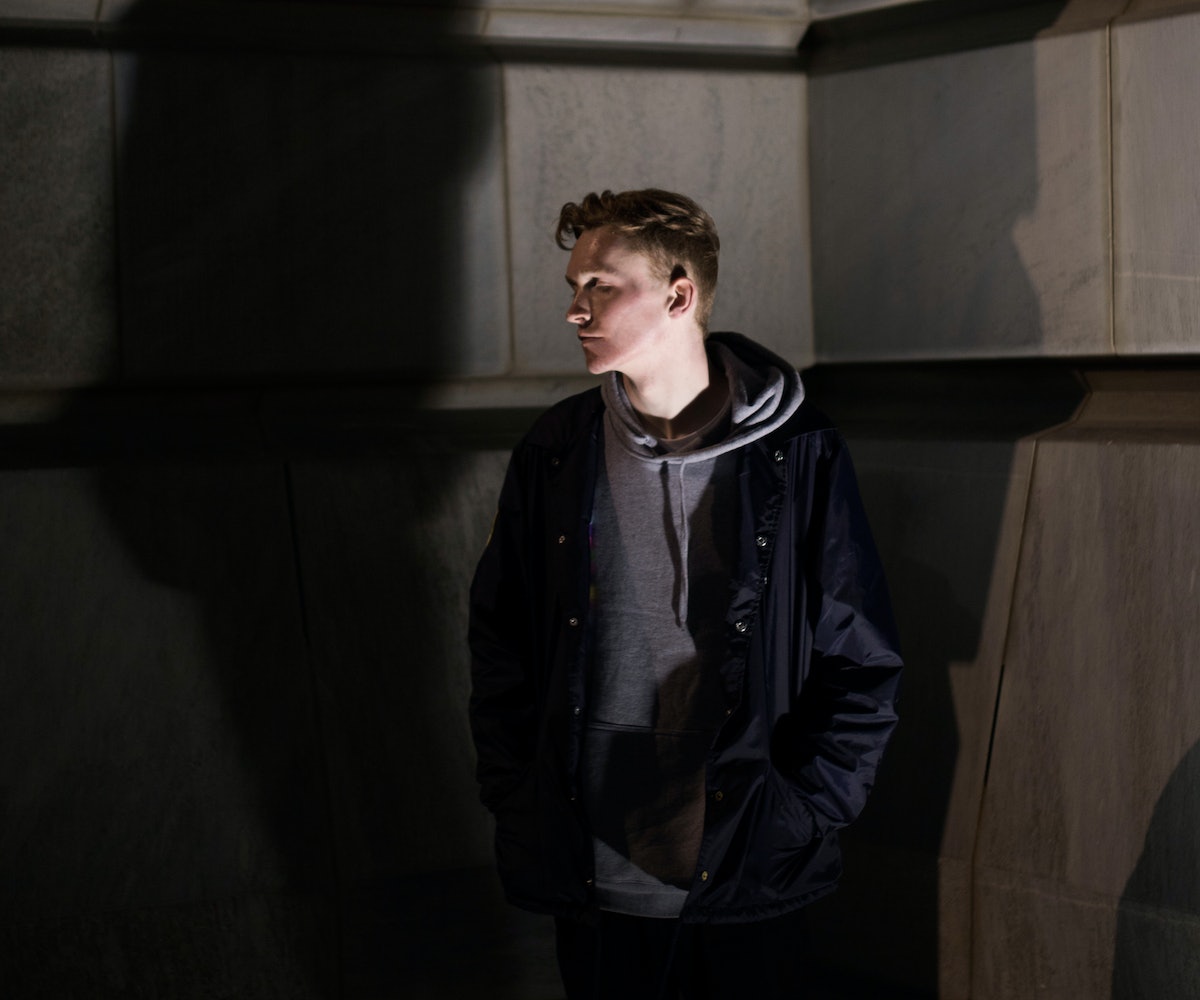 For years, 18-year-old Lontalius, née Eddie Johnston, has been reinventing rap and R&B songs with synth, electronica, and 808s. From his rework of Beyoncé's "XO" to his take on Drake's repertoire, the New Zealander has been honing his own distinct genre, where atmosphere reigns supreme to individualized lyrics and instrumentals. Now, the singer—who counts Lorde, Ryan Hemsworth, and Troye Sivan as fans—is looking to regenerate male-driven alternative pop music through his upcoming debut album, I'll Forget 17, out March 25 via Partisan Records.

While his latest single, "Glow," has elements of indie and synth-pop, it's a far cry from any other new song on the Internet. The anti-typical breakup song, it's a laid-back anthem for those somewhat apathetic teens and 20-somethings raised on MySpace and The O.C. soundtracks. "'Glow' is about feeling like you should have negative feelings for an ex but realising they were actually alright," Lontalius says. "People are beautiful and relationships are too. I just wanted to write a pop song."

Listen to the song and check out the I'll Forget 17 tracklist below.

1. A Feeling So Sweet

6. My Dreams Are Dark