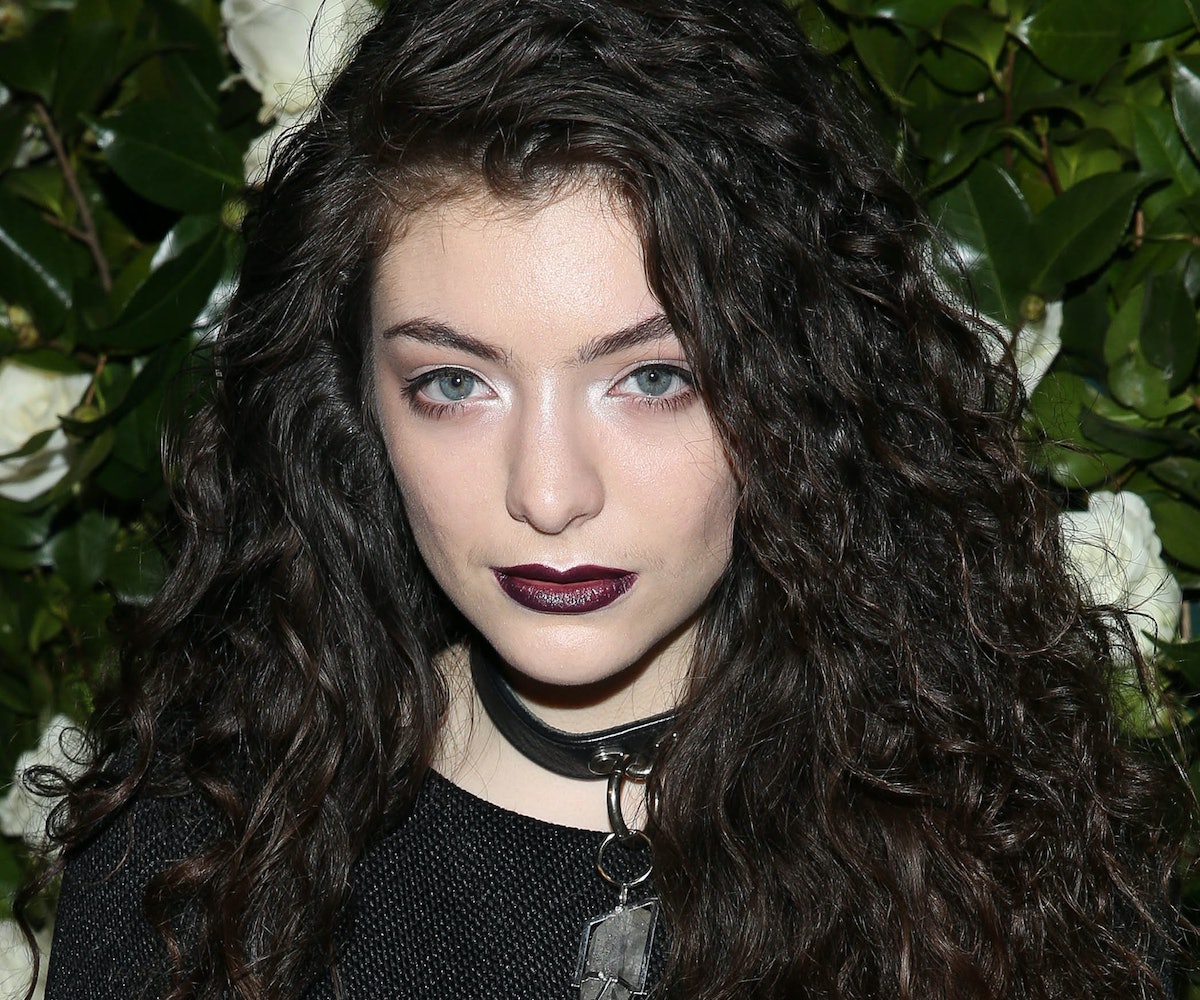 To call Lorde's sudden rise to pop stardom would be an understatement; in just a few short months she went from buzzed-about indie darling to the type of musician your older brother--hell, your dad, too--listens to on the radio.

And I couldn't be happier for her, considering that the 17-year-old Kiwi deserves all the acclaim. (Hello, have you listened to "Royals" yet?!)

But when Lorde arrived at a MoMA benefit last week wearing a large crystal necklace, I started to wonder: Could her power and success have been helped out by precious stones in any way? I say that not to discount what she's done--because I don't--but rather as a person who is obsessed with geodes, a big believer in getting her aura read, and has a velvet pouch filled with shiny rocks dangling next to my computer. Yes, I believe good vibes, especially in the form of accessories.

And maybe, just maybe, this little necklace holds Lorde's power (like in The Little Mermaid, only instead of using it for evil like Ursula, she's wearing it for good). And guess what? I think I've found it--OK, not the exact same one, but the Calm Mind necklace from Olivia Benson is pretty similar. But just promise me that you'll use it for good, not evil--basically, just for helping to inspire you into writing really, really catchy pop songs.