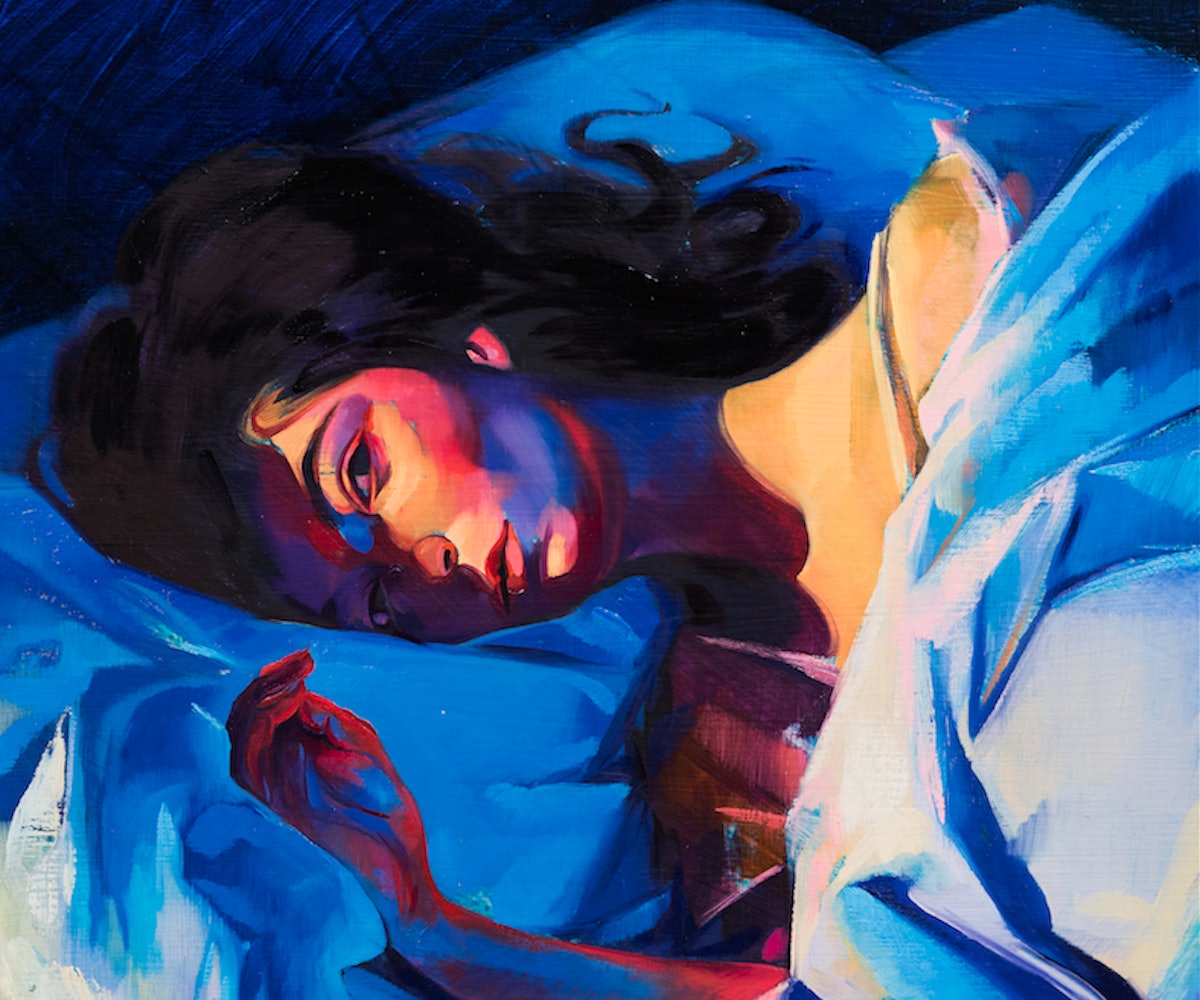 Lorde sings in color on her sophomore album Melodrama. She’s often said that Pure Heroine was her period of observation; those teenage years when the actions of others inform who you are. For her new project, then, the singer is on the frontline of adulthood (or at least very close, she's only 20 after all), and feeling everything along the way.

Jack Antonoff of Bleachers co-wrote and co-produced all but one song on Melodrama, and he brings the same sensitive, reimagined pop and modern sounds from his own new album to Lorde's project. Sonically, it’s a lot more vibrant than the minimalist sound we’re used to from Lorde (think equal parts Robyn and Kate Bush), but it's recognizably still her, just a bit more refined and a lot more confident. This is evident in the way she delivers lines like, "Blow all my friendships to sit in hell with you” on the standout track “The Louvre” with pure gusto. And though the ways she croons “Bet you rue the day you kissed a writer in the dark,” seems like a wink to Taylor Swift-like lyrics, it's followed by “Now she’s gonna play and sing and lock you in her heart,” sung with a piercing emotion that is all her own. And though the tracks vary in tone, attitude, and message, they somehow maintain a sense of cohesiveness in their differences.

Lorde insists that Melodrama isn’t a breakup album, although it follows the trajectory of a broken heart: Denial disguised as pop bops, slow-paced indignation, and eventual acceptance that gives way to self-preservation (“I care for myself the way I used to care about you,” she sings on “Hard Feelings/ Loveless”). The record is meant to follow one night at a house party. The first half of the album is laced with themes of drinking, partying, and staying out late. They’re the high points of a night—when you’re chasing that rush of something better, something worthwhile. The latter is the comedown; it’s what you get when the music shuts off and you’re thrust out of your brief escape. It’s Lorde at her most vulnerable and her most profound.