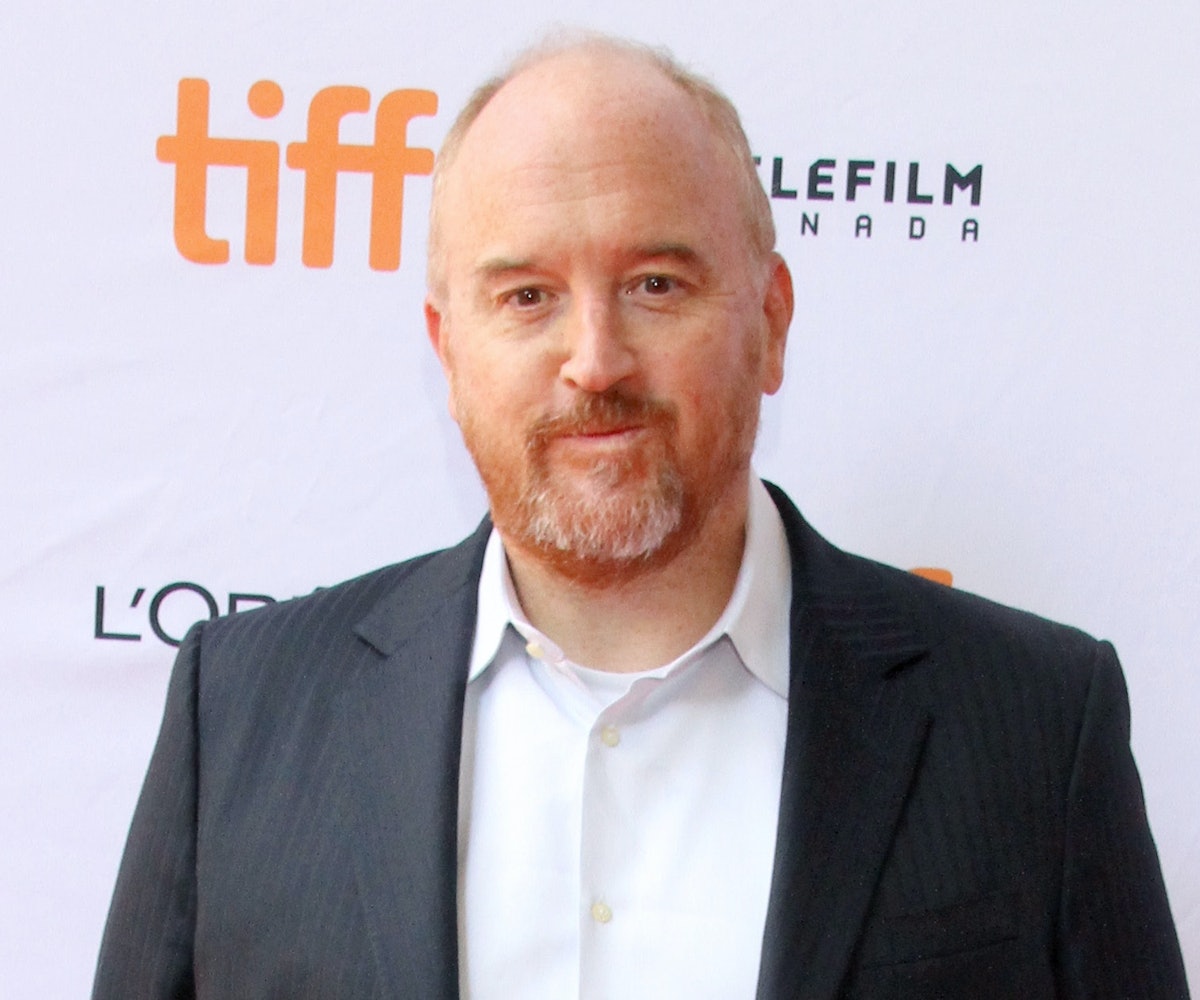 C.K. made his return at the Comedy Cellar on Monday, where he was announced as a guest at two of the night's sets. This is the same club that has continually allowed him to perform surprise setsto unknowing crowdsfor the past few months.TheNew York Times notes that he had performed unannounced just on Sunday, the day before his scheduled sets. As should be expected, not everyone was happy with his scheduled return.

Outside the club were two women holding signs that read, “When you support Louis C.K., you tell women your laughter is more important than their sexual assaults and loss of their careers,” and, “Does this sign make you uncomfortable, Louie?” The two women were identified by the Times as 37-year-old Jennifer Boudinot and 27-year-old Lana McCrea. Boudinot voiced her anger that the disgraced comedian was making a return to the stage. “Frankly, I was furious,” she said. “Every female comedian he has harmed deserves a place on the Comedy Cellar stage one hundred times before he should be allowed back on the stage.”

Although outside there were protests, those inside the Comedy Cellar reportedly gave C.K. a warm welcome, and those who saw his set gave it positive reviews. Many attendees voiced their opinion that the comedian should be able to perform because they didn’t view his offenses to be as bad as, say, Harvey Weinstein’s.

Looks like it's worth repeating: diminishing stories of sexual harassment survivors is harmful.