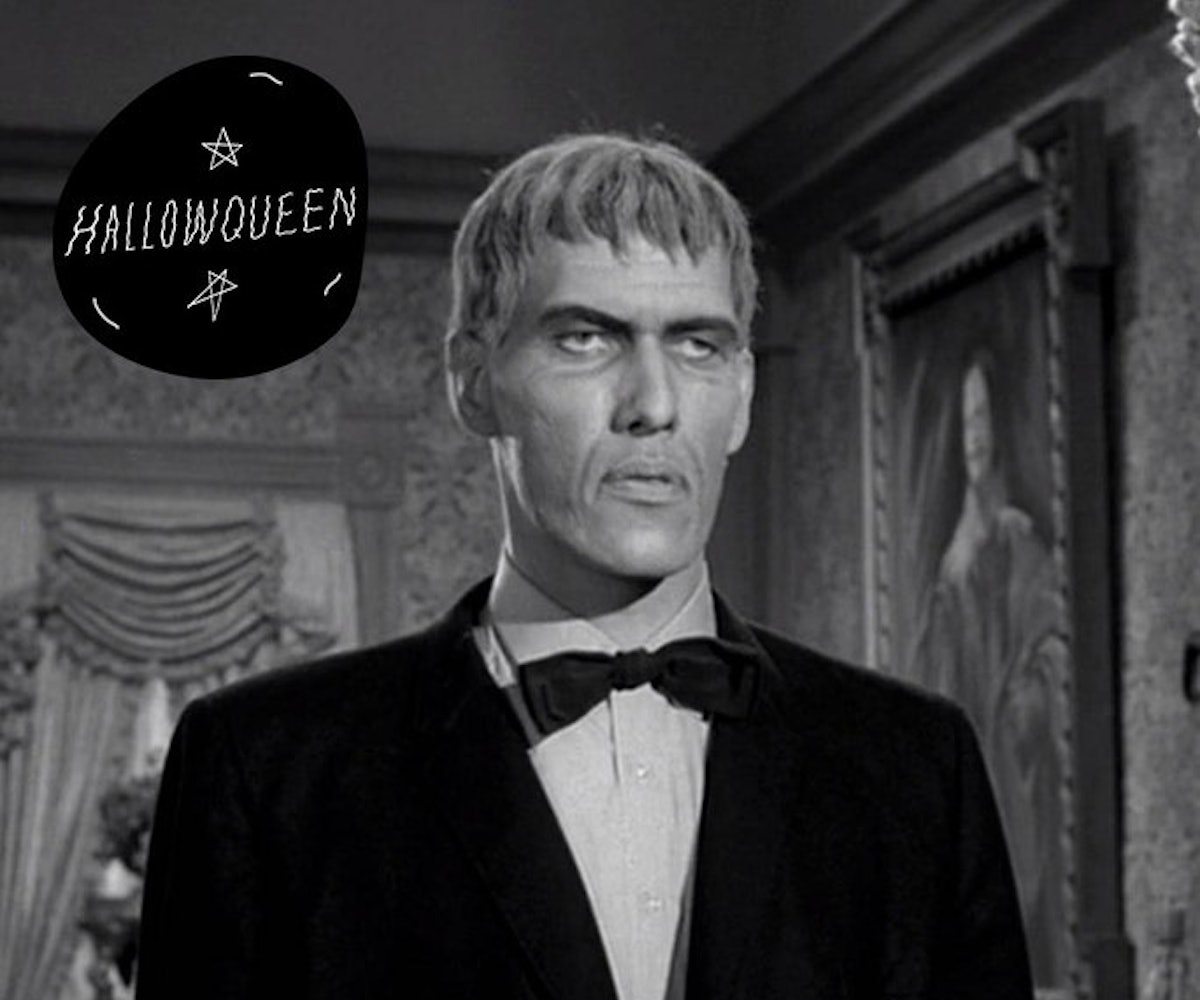 It was a normal afternoon, and I was falling deep into the abyss of watching The Addams Family television show, thanks to the complete box set I scored on Amazon. Per usual, I was melting at my favorite onscreen romance of all time (Gomez and Morticia 4eva), when I noticed something new: Lurch, the tall and lanky butler for the Addams', the one with the chiseled jawbone and deep voice… is kinda hot.

Huh, I thought, squinting at the TV. I squinted a little bit more, and then a little more, and then it hit me; Lurch isn’t only kind of hot, he’s definitely hot… in a brooding, goth sort of way. Lurch is the undercover babe, especially as the seasons progress and we get to see more of his personality. I was officially sucked into the Addams family rabbit hole, and soon I was texting my favorite goths asking, “Hey, Lurch is kinda hot isn’t he????” Because he totally is! But I need validation, okay?

Also, let me start this off by saying that Lurch is already my type because my type is tall, dark, and haunted. Wikipedia points out that he’s like a cross between Frankenstein’s monster and a zombie, which sounds pretty hot if you’re into the morbid undead like I am. And while at first, I thought the whole Frankenstein thing was simply a reference to Lurch's looks, it turns out, Lurch may actually be Frankenstein’s monster’s monster. In the animated version of the series, when someone points out the resemblance between the two, Lurch says: “He put me together.” And, in the Addams Family Reunion, it’s stated that Lurch is "part Addams," playing into the idea that Lurch has, like, the literal heart of an Addams, which explains his macabre and misunderstood demeanor.

But besides being a monster (albeit a loving, devoted one), Lurch also looks killer in a suit, which is another sexy bonus. In the episode “Lurch Learns to Dance,” we see him in a shrunken bolero-style outfit, in which he looks super-chic thanks to his runway ready bod, pale white skin, and deep-set (you could also say sunken) eyes. If classic beauty is your thing, then you probably won’t be into Lurch, but also why are you watching The Addams Family anyway?

The thing with Lurch is that he’s misunderstood, just like the rest of the family. Everyone thinks he’s a monster upon meeting him, but, in truth, he couldn’t even hurt a fly. He’s a gentle giant who gets along with everyone in the family—even the one family member who hates everyone: Wednesday. Lurch's paternal feelings for both Wednesday and her brother, Pugsley, also makes him an honorary DILF.

When I turned to social media to corroborate my findings of Lurch actually being a level 10 hottie, I was surprised to find that my opinion of him was not that obscure. As someone pointed out, “he's one of the only people Wednesday will associate with and THAT is saying something.” And it is! Everyone knows little Wednesday and her sociopathic tendencies. But even she loves Lurch, and since she's the coolest, that's saying a lot. “Lurch is a total babe! He is sweet, gentle, good with kids, keeps the house spooky and is a man of few words, but when he speaks everyone listens,” someone else points out.

Lurch may be known for his low, grumbling “you rannnnngggggg,” and what's a more compelling quality than being a man of few words? Oh, I don't know, maybe having cheekbones and a jawline so sharp they could give you a very close shave. Or really being able to pull off the black-on-black aesthetic. Ultimately, though, Lurch's killer looks are only out-shined by his “shy, sensitive soul,” as Morticia points out in “Lurch’s Little Helper.” Even Gomez agrees, calling him “a warm and friendly sort.”

But while the Addams family may see the loving nature of Lurch, other’s do not, especially upon first meeting him. Visitors are constantly shocked by Lurch and his tall, looming demeanor. But, if they just gave him a chance they’d see his true colors.  ”Lurch has similar energy to Credence in Fantastic Beasts,” someone points out on Facebook, which goes back to the tall, dark, and haunted thing. Yes, Credence may have actually been an evil demon, but that’s missing the point; he was still tall, dark, handsome and misunderstood… much like our beloved Lurch.

So while, yes, Gomez may be swoon-worthy, romantic, and an all-around gentleman, I would argue that it’s Lurch, in all his mysterious, brooding, chiseled glory, who is the true babe of The Addams Family. And I'd be right.