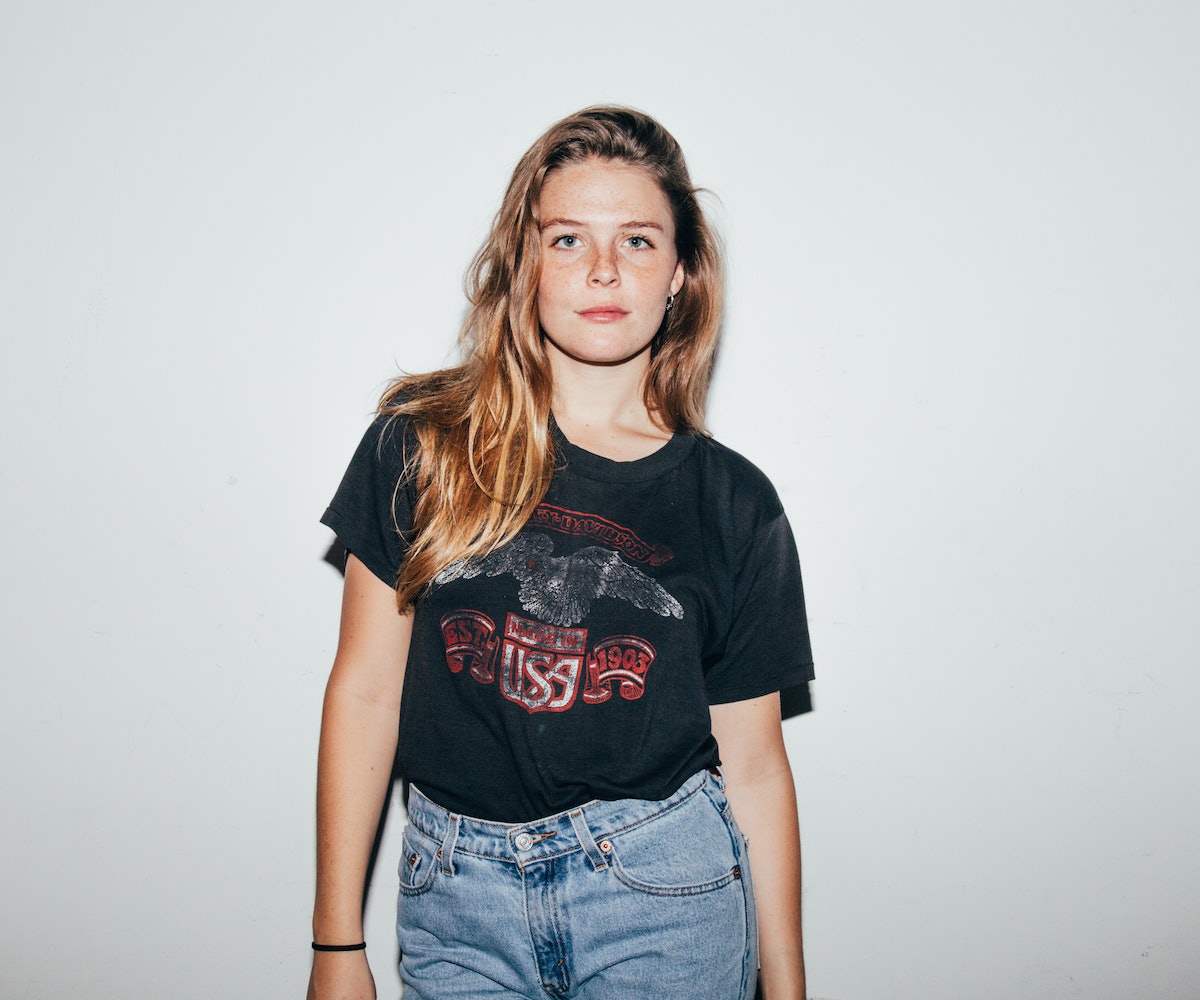 Maggie Rogers was destined for musical stardom. The 22-year-old's first claim to fame was leaving Pharrell Williams speechless when he listened to a demo of her breakout single "Alaska" during an undergraduate class at the Clive Davis Institute of Recorded Music at NYU Tisch.

Since then, the multi-instrumentalist has released her debut EP, Now That The Light Is Fading, on Capitol Records. Last week, she also made her television debut on The Tonight Show Starring Jimmy Fallon. As if that's not impressive enough, Rogers' first-ever North American headlining tour is already sold out.

Not only is her voice absolutely mesmerizing, but it transcends genres as she dabbles with elements of pop, soul, dance, and folk. Within these short but potent audio narratives, Rogers takes us on an enchanting, sonic voyage that we never want to return from. (The same can be said for her video collaborations with Zia Anger.) More than anything, the EP will take your mind back to a natural state, fill your lungs with something fresh, and remind you to breathe.

While you stream Now That The Light Is Fading, read about the inspiration behind each track, below.

It felt important to start with quiet. This is a song I grew up singing at summer camp in Maine, the same place where we shot the video for “Dog Years.” So many of the colors described in the song were the same I was picturing when I visualized the record. I’ve sung this song so many times while hiking; it’s something I’ve taught to friends too. It describes a transition in light and tone that is so effortless and beautiful in the natural world, but also so much what this EP marks for me: change.

I stopped making music for about two years in college, but when I decided I was ready to write songs again my senior year, I picked up where I left off—with a hiking trip to Alaska that came just after my freshman year. It felt important to start here, at the chronological beginning of all the things these songs describe, but at also at the beginning, with the song that started this wild and wonderful time for me.

This is a song about graduating college, about memory, about optimism, about loving, leaving, and still loving, about time, and never having enough of it.

I made this song with one of my best friends. One of the goals for this new work, this new music, was to really, truly play and delve into rhythm. This song starts with a bass line and there are about eight different percussion tracks happening at any given moment. It took a lot of work to get them to all sit just right, but when we finally figured it out, I couldn’t stop jumping up and down with glee. It’s a song about finding someone that grounds you and brings you emotional stability as much as it is about finding someone you have chemistry with. I think love tends to be some strange balance of the two.

I actually wrote this song that same day I met Pharrell last March. After, I was a little dazed, not really sure what had just happened, so I turned off my phone and wandered around Chinatown for a while. I ended up at my pal’s apartment downtown, and we had dumplings for lunch. I toyed with a Rhodes while he played chords on the guitar, and “Better” was born. It’s a song about loving the difference between where I’m from on the eastern shore of Maryland and where I live in New York. Neither can ever really be better than the other, just wonderful opposites that fill me all the same.